An increase in the seasonality of LNG demand in northeast Asia has raised the value of using European terminals as storage for winter reloads.

An increase in the seasonality of LNG demand in northeast Asia has raised the value of using European terminals as storage for winter reloads.

Northwest Europe — using data from Argus downloads for the UK, Belgium, the Netherlands and France — has already scheduled four reloads this month, the most since January. 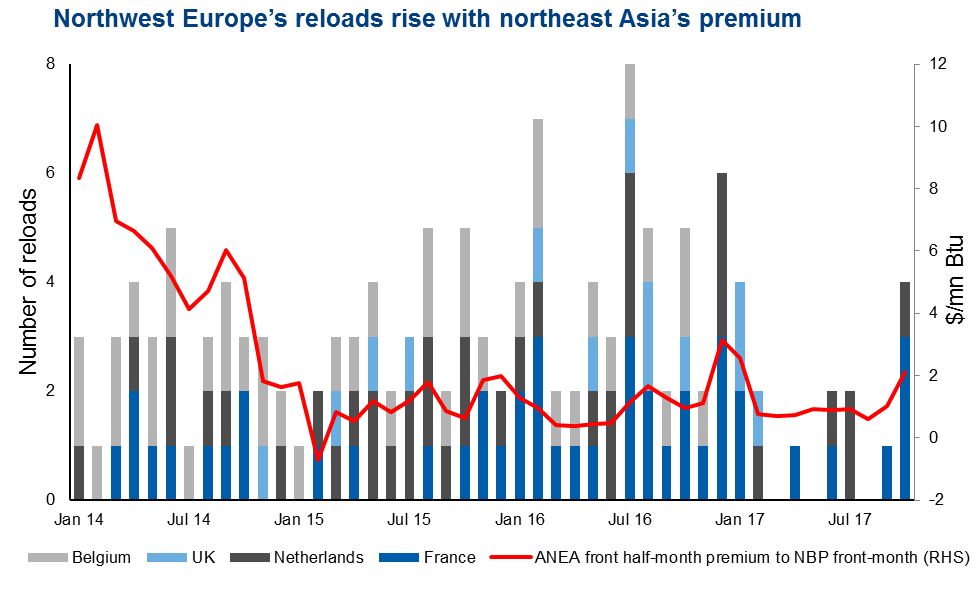 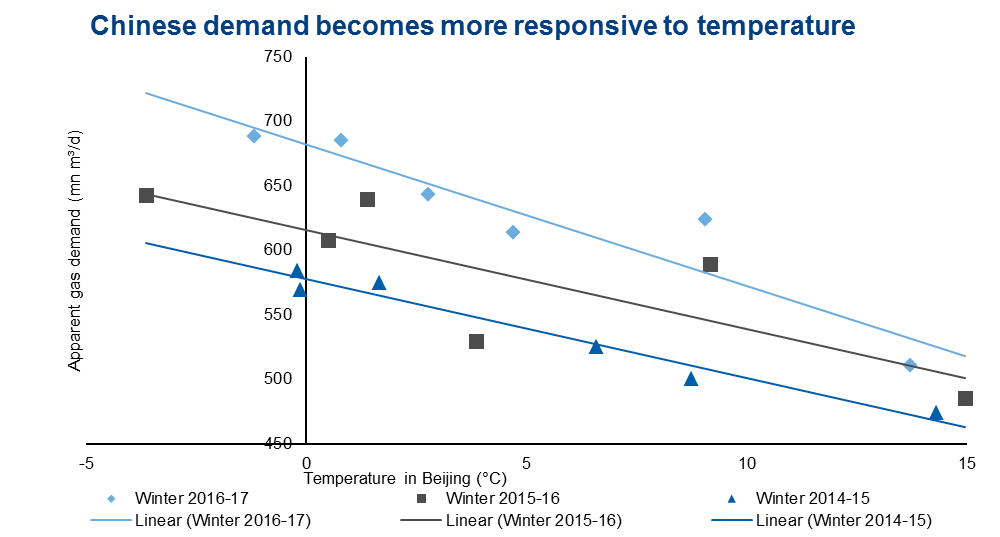 An increase in seasonality or volatility raises the value of supply flexibility in the LNG market, which could be provided by Europe.

European gas traders are already well versed in the value of pipeline flexibility, especially gas storage. It is often divided into intrinsic value — coming from seasonal spreads — and extrinsic, which is from the ability to capture profit from short-term changes in prices.

European LNG terminals and their capacity holders are well placed to profit from any increased seasonality in global LNG prices, even if forward European hub and global LNG prices suggest tight seasonal spreads over the coming years.

There has already been an opportunity to profit from securing cheap autumn cargoes for storage in Europe. And the UK’s Isle of Grain and the Netherlands’ Gate terminals are almost completely full heading into the winter, as traditional gas storage usually would be.

LNG prices for delivery to northwest Europe in the first half of October were below $6/mn Btu, largely in line with the NBP. The Isle of Grain and Gate each booked two cargoes for the first half of this month.

The NBP first-quarter 2018 market was still below $7/mn Btu at the time those cargoes would have been booked. That profit of bringing a cargo to northwest Europe in early October and holding onto it for three months to send out at the NBP for a gain of about $1/mn Btu is not what the importers will have wanted.

But ANEA — Argus northeast Asia — prices for delivery in December have already climbed above $9/mn Btu this month. Reloading a cargo and shipping it to northeast Asia comes with costs, of course, but the profits of buying a cargo in October to reload later are starting to stack up.

The gains from using European reloads as a form of long-distance storage for northeast Asia were even greater last winter.

Northwest European prices for delivery in the first half of October 2016 were below $5/mn Btu. The ANEA front-half month market eventually peaked at $9.90/mn Btu in early January — double the cost of the cargo delivered to Isle of Grain or Gate at the start of the winter. 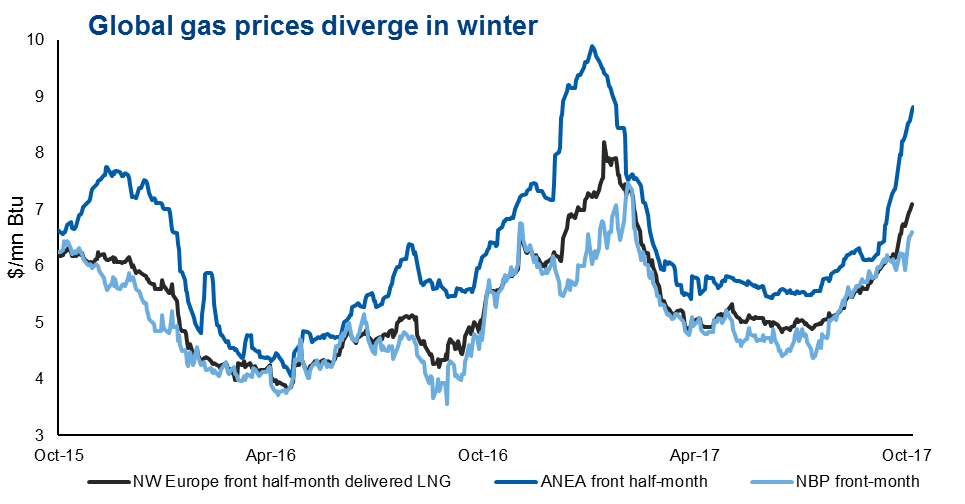 And some northwest European capacity holders would not even need to physically ship the reloaded cargo to northeast Asia. Firms may be able to shift a cargo from their portfolio — of Qatari LNG, for example — to northeast Asia, while sending the reload to a closer premium market such as Egypt.

European reload activity was last high in December-January, in time to arrive in northeast Asia for that spike in ANEA prices at the start of 2017.

Filling European LNG storage tanks before the winter could lead to profitable reloads, but a lack of liquidity could also make it difficult to hedge.

A delivery to northwest Europe in early October could be hedged at the NBP or TTF by selling the relevant first-quarter contract. This could ensure the profitability of bringing in a cargo in early October and then regasifying it, even in the event of global LNG prices offering little incentive for reloads and NBP prompt markets tumbling in the first quarter.

But this could also reduce margins in the event of the NBP first-quarter contract climbing, as was the case last winter.

The northwest Europe front half-month LNG delivered price averaged $4.75/mn Btu in September 2016, while the NBP first-quarter 2017 contract was just over $5.80/mn Btu. This would equate to a gain of $1.05/mn Btu — not including any costs — from the hedge.

Selling an LNG cargo to northeast Asia on 30 December for delivery in the second half of January would have brought in $9.65/mn Btu. But this would have required unwinding the initial hedge by buying back the NBP first-quarter 2017 market, which had risen to $6.55/mn Btu.

In this event, there would have been a loss of just $0.75/mn Btu from the hedge, but easily offset by the increase in ANEA prices. An unhedged cargo could have made a gain of $4.90/mn Btu —before any costs and assuming it was sold when ANEA prices peaked — but the hedging structure would have made $4.15/mn Btu.

While hedging the cargo would reduce the risks in the event that global LNG prices slide, it would also limit the opportunity to capture the value of an NBP price spike similar to March 2013.

But the increasingly seasonal LNG market with strong Chinese heating demand has reduced the risk of prices collapsing in winter and increased the value of being able to use European terminals as a form of storage.