BP’s annual statistical review highlighted the growing correlation between global gas markets, but the Henry Hub is not yet providing the price floor. Northeast Asian and European gas markets are already closely connected and their correlation with US gas prices has begun to increase, BP chief economist Spencer Dale said.

“This correlation is likely to increase further as Henry Hub increasingly plays the role as the anchor price for global gas prices,” he said.

This suggests that BP expects pressure on global LNG markets given that the Henry Hub will provide a price floor – or anchor – when there is oversupply.

Dale pointed to Chinese LNG growth helping to absorb new supply and little evidence of LNG facilities standing idle, but said there has been “a glut of sorts”.

“There has in fact been an LNG glut of sorts in recent years, but this has resulted in periods of unsustainably low prices rather than idle LNG capacity,” Dale said.

Here is where opinions in the market begin to diverge.

LNG prices for delivery to northeast Asia had bottomed out at the short-run operational cost of US terminals, Dale said.

This would be a price floor in an oversupplied market as gas could be sold at the Henry Hub rather than liquefied if the arbitrage closes, which would prevent global LNG prices from slipping further.

The possibility of US LNG terminals shutting for price reasons – as set out in an Argus white paper – would need to be a credible threat for the Henry Hub to have traction as a support level for European hub and global LNG prices.

The “glut of sorts” has so far come well short of testing the Henry Hub as a support level.

BP has previously put variable costs of US LNG exports to Europe at just 20¢/mn Btu when firms have other parts of the value chain under long-term contract.

Firms with their own tankers and European LNG import capacity could consider almost all costs sunk, aside from the price of the gas for liquefaction.

US Gulf coast (USGC) front-month LNG prices have held a consistent premium to the cost of feedgas for loading a cargo, based on 115pc of the Henry Hub front-month market. 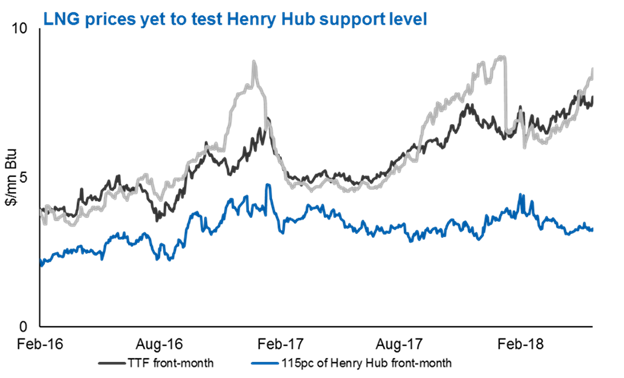 USGC front-month LNG prices have remained at least 50¢/mn Btu above 115pc of the Henry Hub, partly because Europe has always provided a viable destination if there is little extra demand in more profitable markets.

USGC LNG prices would need to slide to at least parity with — or even a discount to — the Henry Hub to shut in export terminals, which would require the TTF to be at a very slim premium.

Cheniere has even said it would not shut LNG trains down if European prices briefly went to a discount to the Henry Hub.

It would be expensive to halt and restart a train for commercial reasons, although tight margins could provide a reason to bring forward maintenance if non-urgent work needs to be carried out.

The conditions required for US LNG trains to shut down for price reasons are still far from being fulfilled, particularly this summer when global LNG prices have rallied.

Rather than the Henry Hub providing the floor for the global gas price, the correlation has stemmed from other factors. European and US gas prices have largely been driven by coal in recent years, holding in a range that would keep the fuels in close competition.

When US and European coal prices are correlated, their gas markets are too even if USGC LNG is not the driving factor of the NBP and TTF.

That does not dismiss the idea that global gas markets are becoming more integrated, which is certainly the case.

But there is still plenty of room for USGC LNG prices to fall to test when US trains might halt, if the sort-of glut turns into full-blown oversupply. 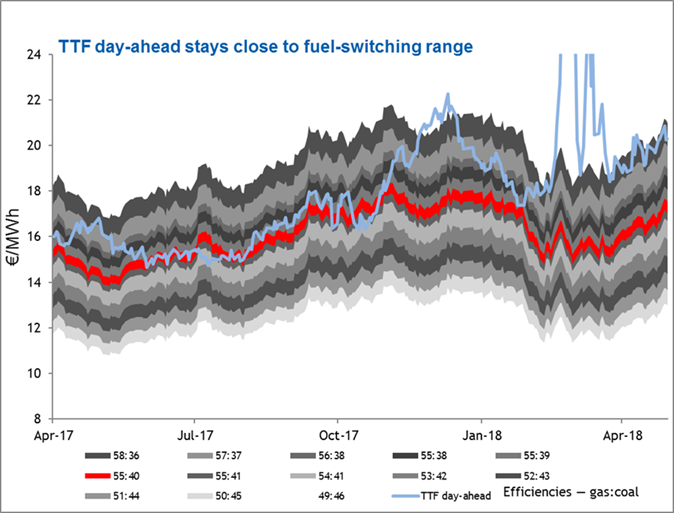 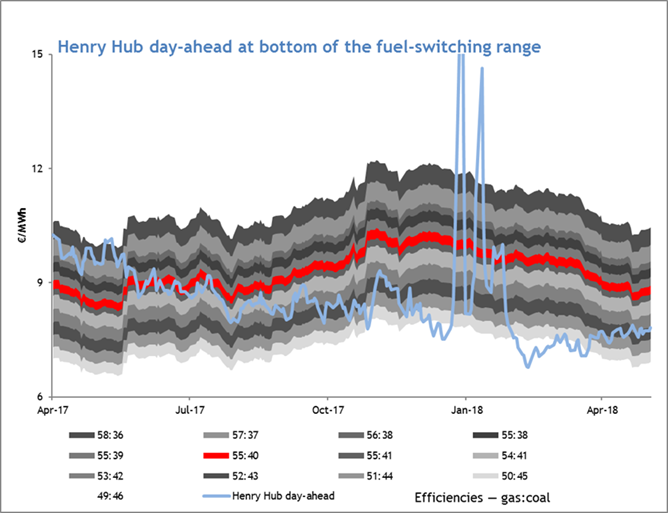 A quick blog on how the UK vote to leave the EU — known as Brexit — is affecting LNG prices.