European gas prices have done whatever it takes to remain uncompetitive with coal in a bid to free up supply to add to storage.

Prompt gas markets have stayed above key support levels, which have climbed with the recent rise in coal and emissions prices, as set out in a recent white paper.

Dutch and German near-curve prices have remained in a range that would keep only the most efficient gas-fired plants just about competitive with the oldest coal-fired units. 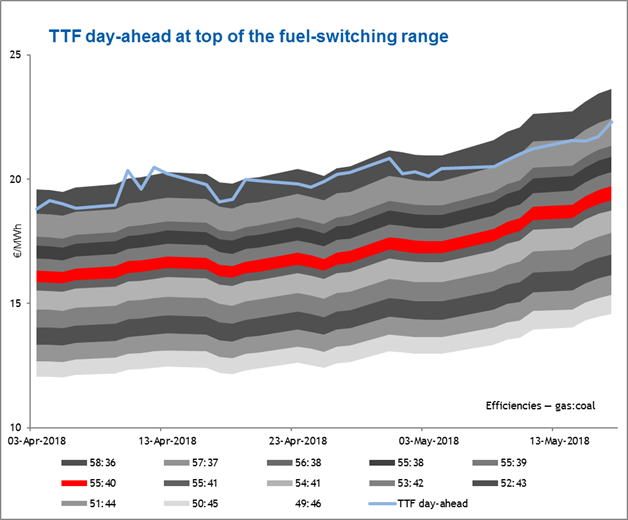 This has allowed northwest Europe to minimise power sector gas demand and have more supply for injections compared with last summer, when TTF prompt prices were further into the fuel-switching range. 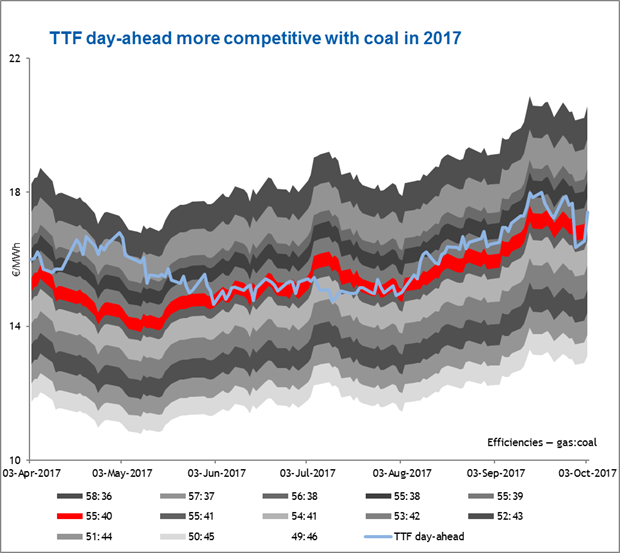 Combined French, German and Dutch inventories — excluding the Norg storage site, which is used to shape Groningen field production — started the summer at their lowest in recent years. 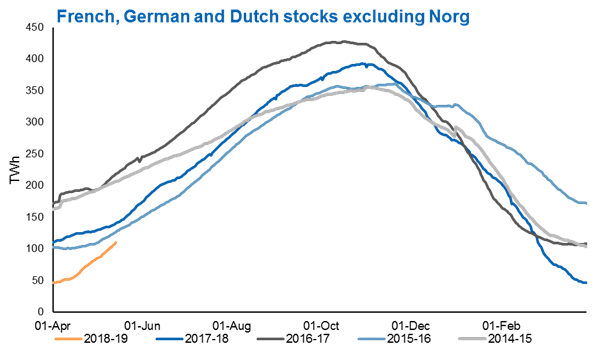 But quick injections have lifted stocks closer to average — although this has largely been driven by warm weather at the start of summer.

The stockbuild has been in a similar range to April-May in the past two years, when plotted against Dutch heating degree days. 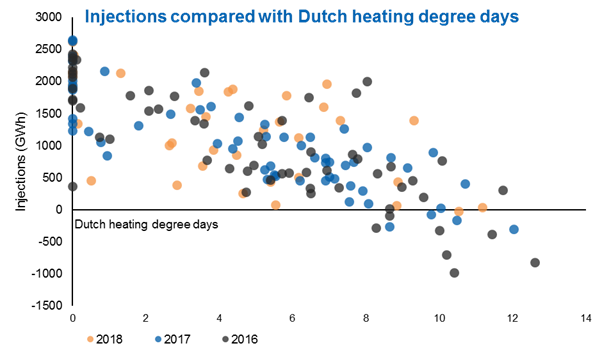 Adding trendlines suggests a slight increase in the weather-adjusted stockbuild, which has partly been driven by the weak power sector gas demand.

But other factors have also played a part, with only limited potential for switching back to gas from coal compared with the past two summers.

Norwegian maintenance has been light so far, although it is scheduled to intensify late this month, which has helped bolster the stockbuild.

And Russia’s state-controlled Gazprom registered record sales for April, while appearing to make strong injections into its European storage capacity.

The brisk Norwegian and Russian exports were largely able to offset lower Groningen output for sale, which has been minimised this year Northwest Europe’s pipeline imports will have to remain strong throughout summer to offset weak Groningen production. 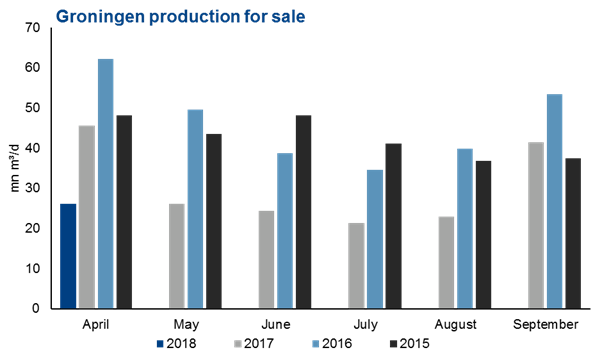 Gas may have to remain uncompetitive with coal in the Netherlands and Germany for stocks to catch up with previous years by the start of winter. This has made TTF near-curve prices increasingly driven by coal and emissions values, pushing gas markets higher as TTF prompt prices have stayed at the top of the fuel-switching range.

It has taken more than just gas staying uncompetitive with coal in Germany and the Netherlands to help northwest Europe fill storage.

Spain has made an increasing contribution to northwest Europe’s supply, with coal the driving factor again. The PVB front-month market has tracked coal swaps higher, remaining in a range that would keep the large fleet of high-efficiency gas-fired plants competitive with 38pc-efficient coal-fired units. 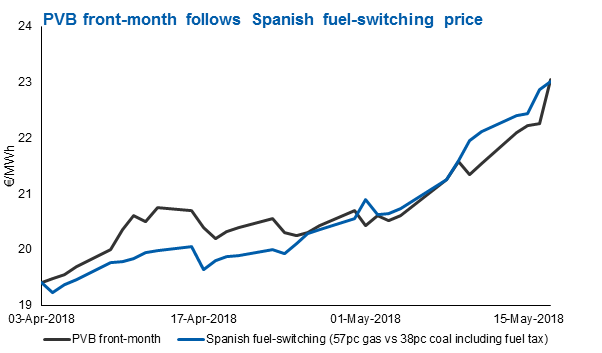 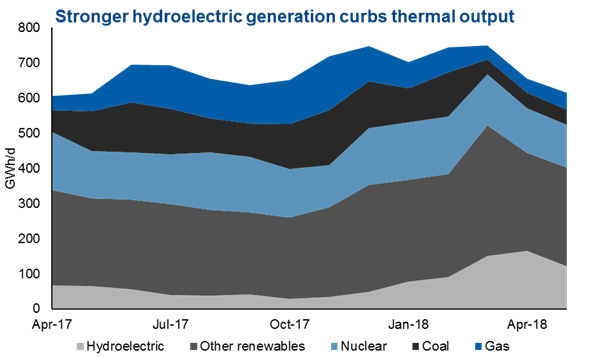 Thermal generation will have to rise later this summer, as power demand typically picks up when hotter weather arrives, and hydro output falls as the weather becomes drier.

But Spain will have the flexibility to choose whether to raise generation from gas or coal, which could depend on the balance in northwest Europe.

This has made northwest European near-curve prices partly driven by the PVB, which has been led by coal prices and Spain’s fuel tax.

But it has also resulted in oil prices indirectly gaining more importance in northwest European gas price formation, despite little oil indexation in the region.

Spain may have to maintain high Algerian pipeline receipts and low gas-fired generation to keep imports from northwest Europe low.

The firmer coal prices have lifted PVB near-curve markets further above the cost of oil-indexed gas, which has encouraged high Algerian pipeline deliveries. But crude-linked prices are on track to rise in the third quarter, which could lift a potential support level for the PVB — and northwest Europe if it is to keep exports to Iberia low.

There are longer-term factors to take away from the rapid rise in European natural gas prices during a recent cold snap.