Kelley Kizzier is associate vice-president of international climate change at the Environmental Defense Fund. A long-time climate negotiator, she co-chaired the UN negotiations on article 6 of the Paris climate agreement from 2015-18.

In this interview, Kizzier lays out the “fault lines” in Article 6 that need to be resolved this year.

Article 6 is the only section of the Paris agreement that countries failed to agree rules on at last year's UN climate summit in Katowice, Poland.

Negotiators from nearly 200 countries met in Katowice in December, to draw up the rules that will put the Paris agreement into operation, when it takes effect in 2020.

Countries took substantive decisions on the rest of the rulebook. But negotiations on article 6 remained deadlocked in the final hours of the summit, and decisions on this section were postponed to this year’s UN summit in December, in Santiago, Chile (Cop 25).

Article 6 could provide the foundations for a global carbon market, by establishing rules to allow countries to trade emissions reductions under the Paris agreement.

A rift between developing and developed countries has emerged in the article 6 talks over how to account for these trades, to ensure that the same emissions reductions are not counted more than once towards the Paris agreement targets.

Negotiators have yet to decide whether CDM projects will be able to take part in the new system, or if countries will be allowed to use certified emissions reduction (CER) credits from these projects to meet their Paris agreement targets.

The latest round of UN climate talks wrapped up in Bonn, Germany, in June. The article 6 texts from the end of the meeting are longer than they were at the start, and there was no major change in countries’ negotiating positions. Have we reached a deadlock?

Options were removed from the texts in Katowice, and in Bonn some came back. In the absence of a deal in Katowice, everything is back on the table, but this was to be expected. Article 6 will benefit from having the attention of heads of delegations and ministers. It has a greater political profile now — parties need to see their options in the text to be willing to continue with the technical negotiations.

What are the “fault lines” in article 6 that need to be resolved?

Many parties think that double counting should be avoided through accounting by all parties for all emissions mitigation, regardless of the source. Other parties think that the “additionality” of units certified through the SDM is how you ensure that there is no double counting — if you ensure that an SDM credit represents an “additional” emissions reduction, then you do not need to account for it. These are technical issues, but they are fundamentally political too. It is a matter of worldview.

Article 6.4 covers the transition of the CDM to a new SDM. Currently, no transition option has majority support. What could a compromise on this issue look like?

The transition of units is a political issue. If all those units from the CDM get used in the Paris agreement, it does the climate a massive disservice. Beyond that, it crowds out the potential for good projects under article 6.4, because there is such a massive supply of old units that it would be a long time before demand becomes sufficient to generate new projects.

There is also a regional imbalance in the CDM — three countries had the lion’s share of the projects. African countries, small island developing states and other countries really did not get much of a piece of the CDM. If all of those credits get carried over, this imbalance will continue. 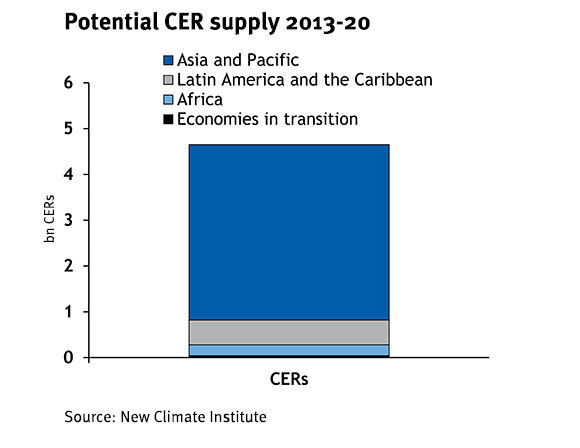 This is an excerpt. Benefit from more detailed insight into the issues facing Article 6 resolution by accessing the full interview. Download it here.

Forget amber — T-RECs made from woodchips*

Environmental regulations along the US west coast will be ramping up over the next decade, just as California makes a strong push for electric vehicle growth. Taken together, these changes will make the region an increasingly challenging environment for gasoline and die...