When a country reaches net zero emissions it has, in effect, ended its contribution to global warming. But not all net zero goals are equal.

UN secretary-general Antonio Guterres has told world leaders to come to his climate summit in New York in September ready to announce their most ambitious emissions targets ever.

All of the nearly 200 countries that signed the UN’s Paris climate agreement in 2016 have already pledged to limit their greenhouse gas (GHG) emissions, as part of the effort to address concerns over runaway global warming.

So far, these targets are not ambitious enough.

The combined efforts of these pledges would put the world on course for roughly 3°C of warming by the end of the century, compared with pre-industrial levels. That would miss the goals of the Paris agreement, and go far beyond the level of warming that scientists say would avoid the most severe impacts of climate change. 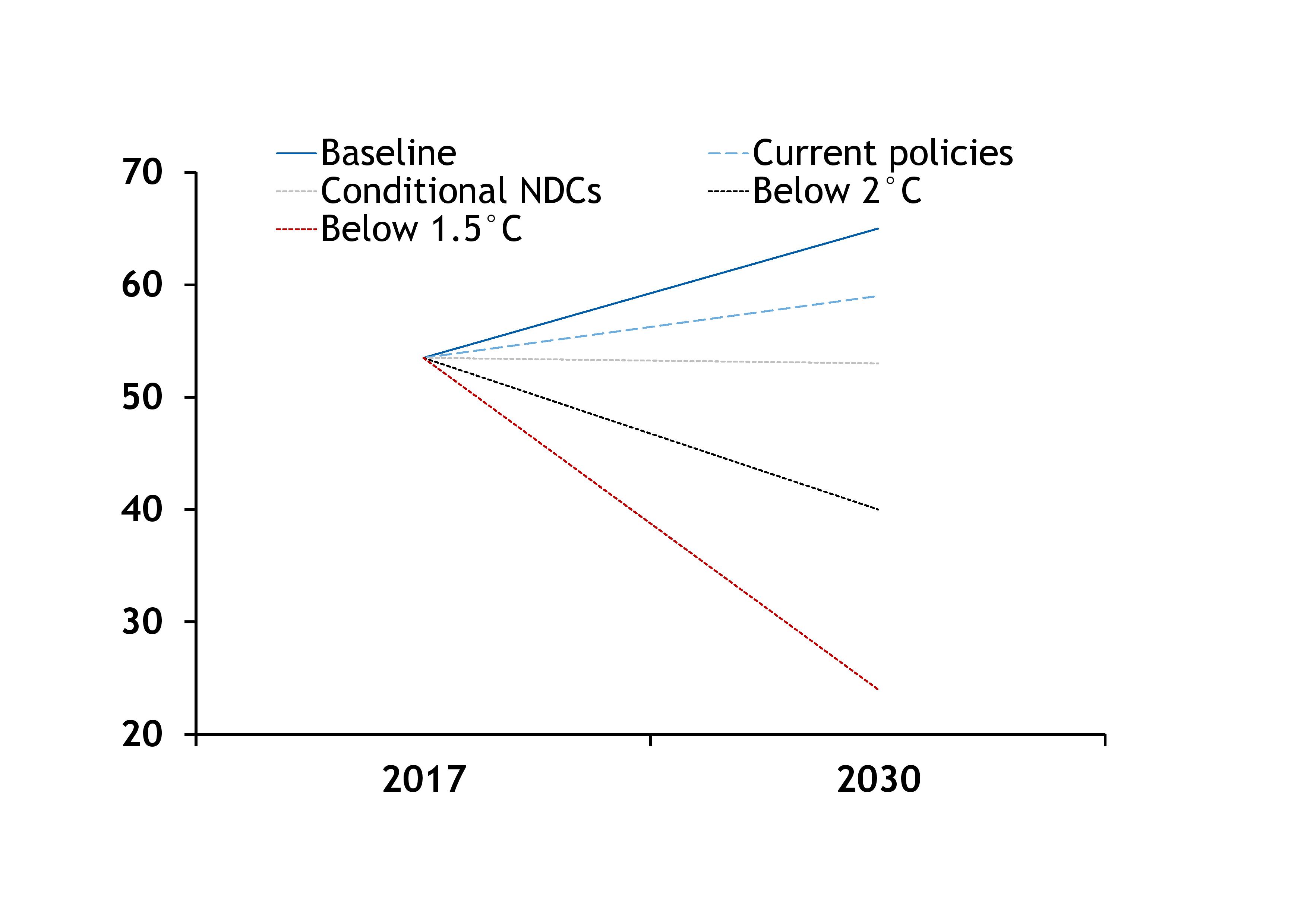 Ultimately, every country will need to commit to a “net zero” emissions target.

A net zero target sets a date — most aim for around 2050 — by which a country must not emit any more GHGs than it absorbs. The way to do this is to reduce the majority of emissions and “offset” any remaining output through GHG removals – for example, by planting CO2-absorbing forests or using technologies that capture CO2 from the atmosphere.

When a country reaches net zero emissions it has, in effect, ended its contribution to global warming.

But not all net zero goals are equal.

Last month, the UK Committee on Climate Change (CCC) told the government to commit to reaching net zero GHG emissions by 2050. The CCC said this would be the most ambitious emissions target of any developed economy in the world — even though Sweden, Denmark, Norway and the US state of California have already set net zero goals.

The CCC was right, for a few reasons.

The CCC wants the UK to cut all GHG emissions to net zero.

Some other net zero targets have focused on CO2 only. California’s then-governor Jerry Brown signed an executive order last year requiring the state to reach “carbon neutrality” by 2045.

Hitting net zero in CO2 alone is an extremely tough aim for a large economy. California’s goal has been dubbed “history’s most ambitious climate target”.But the CO2 vs GHG distinction is important, because it changes the date by which countries need to achieve net zero.

UN scientists say global emissions of CO2 must fall to net zero by 2050, to deliver the Paris agreement’s goal to cap global warming at 1.5˚C by 2100.

Global emissions of all GHGs need to reach net zero 20 years later, by 2070, to be in line with this target.

In addition to the UK, the French government is considering introducing a target to reach net zero emissions of all GHGs by 2050, while an EU-wide net zero GHG goal is also under consideration. If these are introduced, it would put most of Europe firmly inside a path that would cap warming at “safe” levels. That is good news. If large economies set the bar this high, others are likely to follow.

The UK’s net zero target is particularly tough because it covers emissions from international aviation and shipping – defined as fuel sold in the UK for use in these sectors.

Most countries exclude these sectors from their national GHG targets, preferring to stick to emissions produced on their own territory.

UN agencies are cooking up schemes to limit these sectors’ emissions, but environmental groups have not been impressed with their efforts so far.

The International Maritime Organisation has yet to agree measures to cut shipping emissions in the short term. Meanwhile, international aviation agency ICAO has decided to “offset”, rather than reduce, the sector’s contribution to global warming, partly because of a lack of available technologies to cut emissions from flights.

“Offsets” are the final issue that sets the UK net zero target apart.

The CCC wants the UK to reach net zero emissions entirely through domestic efforts, without the use of international offset credits. None of the large countries that has already set net zero targets has ruled out using offsets to reach them.

An offset credit represents a tonne of CO2 that has been removed from the atmosphere. Projects that save emissions — such as solar farms, or initiatives to prevent deforestation — can produce offset credits and sell them. Countries — or companies — that want to cut their emissions, but are struggling to do so, can buy these credits, and count themtowards their emissions reduction targets.

The CCC said it does not want the UK to rely on international offsets because they are likely to become “very expensive” in the coming decades, as other countries set tougher climate targets and start snapping up the credits. An offset currently costs as little as €0.22, and demand is scarce.

Others dislike offsets for different reasons. Concerns over the environmental integrity of offset-issuing projects have led to the use of the credits being banned, or restricted, in carbon markets, including the EU’s.

The UN says around 80 countries want to increase the ambition of their Paris climate pledges, with big announcements expected at its summit in September.

A large country setting a net zero goal, and laying out the direction of travel for its emissions over the next three decades, could unleash a wave of ambition at the summit. Most of those 80 countries are probably ready to act, but are waiting for someone else to go first.

The UK looks most likely to take the plunge.

The UK’s proposed 2050 target will not satisfy some environmental groups, which have called for the country to hit net zero as early as 2025. But mid-century is the earliest “credible” date by which the UK could fully decarbonise, according to the CCC. It is a big step up from the UK’s current 2050 target, to cut emissions by 80pc from 1990 levels. And it will be extremely tough to achieve – requiring sweeping changes across all sectors of the economy, including a quadrupling of the UK's low-carbon power supply by 2050. 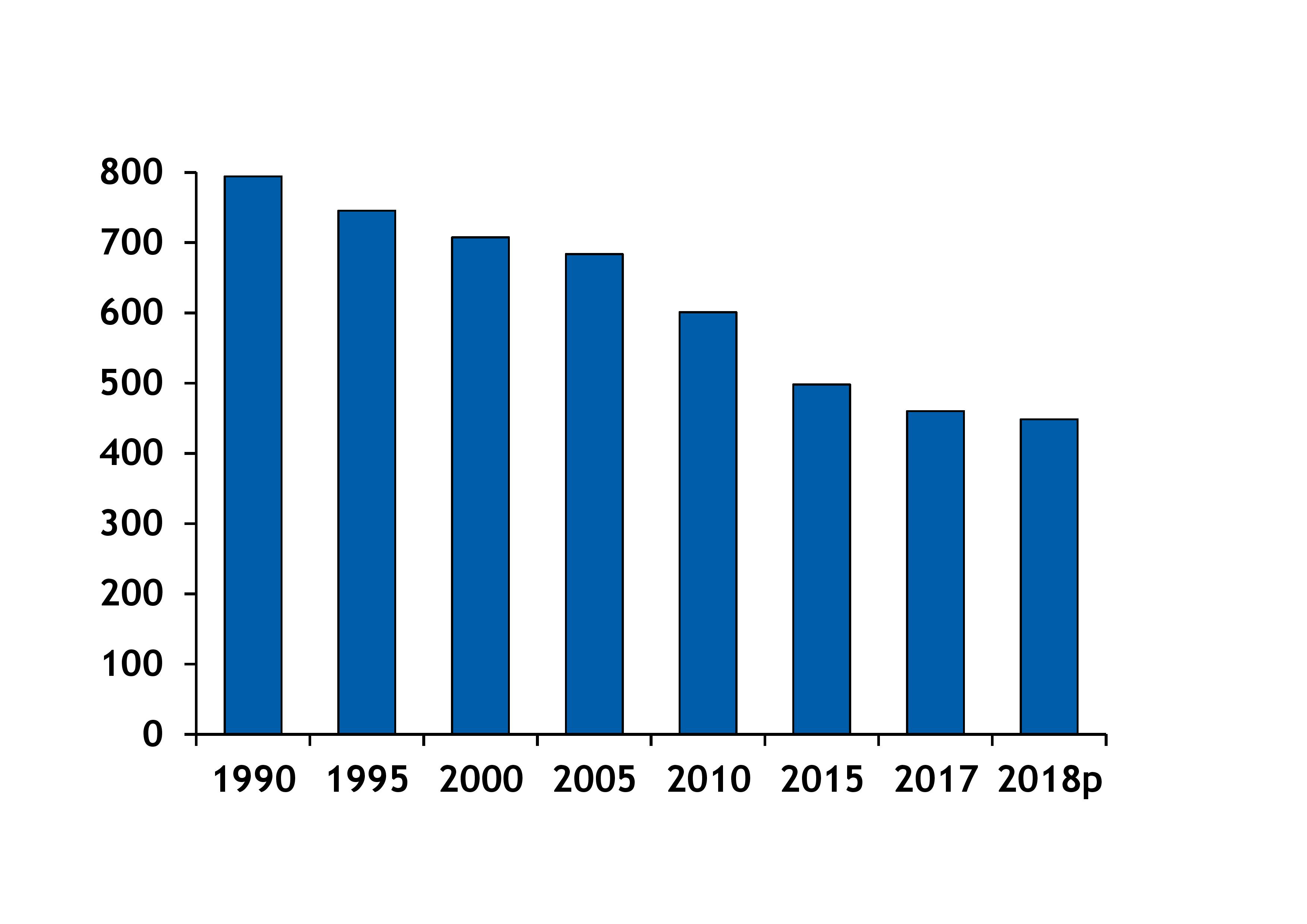 The government has made encouraging noises about the 2050 net zero aim, and the target already has cross-party support. The UK Parliament passed a motion last month calling for the government to pledge net zero emissions "before 2050".

The UK also wants to host the UN climate summit in 2020. Setting the most ambitious climate target in the developed world would surely secure its bid to host the event.

But with prime minister Theresa May due to resign this week with her successor as yet undecided, Brexit continuing to dominate all policy making, and Parliament in recess for much of the summer, the UK government does not have much time to act. The clock is ticking.

Fuel switching and renewable generation in the UK have helped to cut emissions in the power sector, but the UK power sector still faces huge decarbonisation challenges.