The rapid expansion of the European small-scale LNG market might soon be testing available capacities at several terminals. More truck-loading facilities will be needed to avoid congestion.

Small-scale LNG firms have been scrambling to secure more truck-loading slots in recent months ahead of a planned shutdown of the three truck-loading bays at the Netherlands’ Gate terminal in June-July.

This bodes well for the Dunkirk truck-loading facility in France, which was completed in mid-2020 but had been slow to start commercial operations. It sold all the capacity offered in a recent subscription window.

The neighbouring Zeebrugge terminal also sold all its spare capacity for the period, and introduced a month-long ‘use it or lose it’ period in a bid to maximise utilisation.

Yet the combined capacity secured at the two terminals would not be enough to meet demand from all Gate’s established customers. Dunkirk can only load up to 250 trucks a month, and Zeebrugge only had 88-242 spare slots a month in January-April, out of total capacity of 660 slots a month. 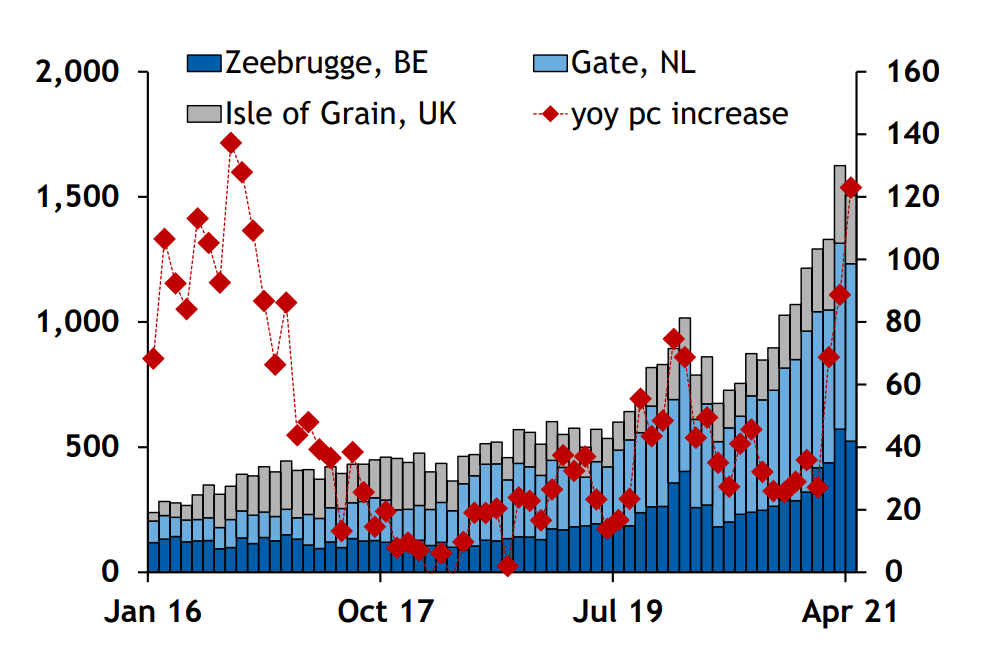 This forced laggards to travel further afield — to France’s Montoir, Fos Tonkin and Fos Cavaou terminals, as well as to Poland’s Swinoujscie facility — to secure the necessary supply to meet downstream contractual obligations.

Market participants have also been seeking alternative supplies at the UK’s Isle of Grain terminal, which has experienced strong demand growth recently, but is still running at just 25pc of capacity.

Yet with LNG trucks only allowed to cross the English Channel by ferry, this option might be uncompetitive against supply at terminals in southern France or even Poland. A return crossing costs €540-580, which — with the additional distance — adds around €6.30/MWh in logistics costs for deliveries to Germany.

By comparison, securing supply at Montoir or Fos-sur-Mer rather than Gate adds €5.30-5.60/MWh in logistics costs, based on the Argus-assessed European inland delivery rate.

With European small-scale demand rising at an accelerating pace, these issues might require greater consideration in the coming months — even if all terminals are available. Belgian system operator Fluxys approved construction of four additional truck-loading bays at Zeebrugge, which are expected to start operations in 2024.

But should demand keep rising at the 38pc rate recorded in the past 12 months, the terminal’s capacity would be tested by early 2022. And demand growth has been much faster in 2021, with loadings nearly doubling to 1,952 in January-April from 1,113 a year earlier.

Demand growth has been even stronger at Gate. Truck loadings rose to 6,555 in May 2020-April 2021 from 4,045 a year earlier — a 62pc jump. A similar increase in the coming months could test the terminal’s truck-loading capacity by the fourth quarter of 2022.

Gate already sees congestion during peak demand periods since exceeding 500 loadings a month, and is considering adding two new bays that could start operations by early 2023 if a final investment decision is taken in the next few months.

Such problems are not limited to northwest Europe. Spanish firms have been seeking capacity at French terminals to avoid supply shortages at Spanish terminals, particularly in Bilbao and Barcelona. Spanish regulator CNMC is considering moves to reduce congestion, but acknowledges that only additional capacity can resolve the problem in the long term.

The commissioning of the Ravenna terminal in Italy, expected in October, will add six truck-loading bays with a combined capacity of 17,400 trucks a year.

But this might only be able to ease pressure on terminals in southern France, where Italy sources most of its small-scale LNG supply, leaving little capacity available to meet the bulk of incremental demand, which in recent months has mostly stemmed from stronger LNG use as a road fuel, particularly in Germany. 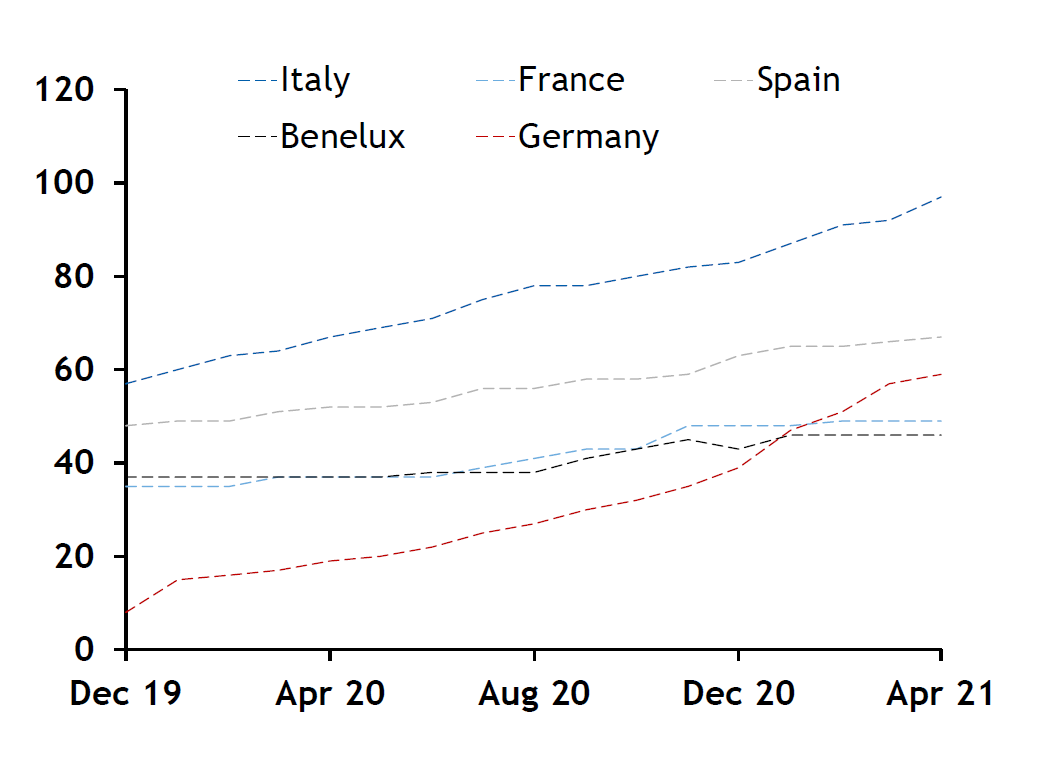 With new facilities typically requiring years to be approved and built, alternative solutions — such as LNG tankers with truck-loading capabilities — could be explored in the short term.

The truck-loading capacity of these facilities can exceed by far those of onshore facilities, and could be deployed within a relatively short timeframe to alleviate congestion in some markets, particularly during peak demand periods, and provide the flexibility that the European small-scale LNG market increasingly needs.

Argus LNG Daily provides regular insight into the small-scale LNG markets across Europe, with independent price assessments and related coverage of LNG use in off-grid, bunkering and transport sectors.
Learn more about this service here

Germany’s gas market merger — what to expect and when

Germany plans to merge its two gas market areas — NCG and Gaspool — at the start of this October. What’s behind the decision and what challenges lie ahead for the new market area manager, Trading Hub Europe (THE)?

From the Economist's Chair - Covid-19: Anatomy of a crisis and identifying the new normal

In this edition of From the Economist's Chair, David Fyfe is joined by Conor Browne, an independent consultant specialising in biosecurity, to examine the Covid-19 pandemic's progress to date, and how policymakers might prepare for similar episodes in the future.