The 2019 winners have been revealed!

The Argus LPG Awards for Excellence culminated in a celebration of LPG industry excellence on 18 November at the Science Museum, London.

With the room packed full of LPG professionals from analysts to heads of trading, the finalists are a source of inspiration within the industry as they continue to innovate and improve services.

Congratulations to all our winners and to all those who nominated. We are proud to highlight these all-important contributions they are making to the industry and we're excited to see future success of these projects.

Will Greenwood is not one to shy away from high pressure, highly competitive situations. Having started working life on London’s City trading floor he went on to become the second highest try scorer in English rugby history and helped power England to victory at the Rugby World Cup in 2003. He is widely regarded as one of England’s greatest ever rugby players, as well as one of the sport’s most engaging, intelligent and entertaining characters.
Read more

This Award celebrates companies for their new technology innovations across the Global LPG Sector. Entries must be for a specific technology or product offering. Judges will be looking for how innovative a nomination is and/or the impact that nomination has had on the industry and what the implications are.

This award will be given to a c-level executive who has excelled in providing leadership, vision and dynamic innovation that has been critical to the success of their business or the advancement of the LPG industry. The judging panel will look out for those who can give examples of strategic initiatives that have strengthened or improved the business’ position in the LPG industry.

This is an individual award to celebrate excellence in the trading of LPG. The Trader of the Year Award recognises an individual’s ability to devise and implement a trading strategy that keeps their and their companies performance ahead of the competition.

This Award celebrates LPG infrastructure projects around the world. At a time of terminal construction & expansion in North America and PDH construction in Asia, with a range of projects in between, this Award recognises excellence in planning, construction, operation and contribution to the local or global LPG market-place. Project owners, operators and EPC companies are invited to nominate themselves for this Award.

This is company Award which celebrates Innovation in LPG Shipping and/or Contribution the LPG Shipping Industry. Judges will reward innovation in technology and/or business model, profitability and performance improvement, and overall impact on the LPG shipping sector.

This award celebrates either general company activity or a specific activity/action that has had a profound and/or lasting impact on the local, regional or global LPG market. 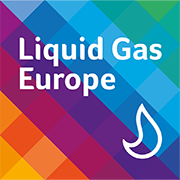 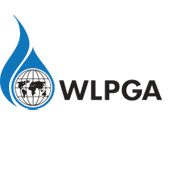