The Murban crude oil futures contract that started trading on ICE Futures Abu Dhabi (IFAD) exchange this year is expected to serve as a liquid and hedgeable pricing reference for Middle East and Atlantic basin grades exported to the Asia-Pacific region. Argus aims to bring transparency to the physical value of each individual crude stream relative to this emerging exchange-traded marker, as Asia-Pacific leads the post-pandemic demand recovery and producers from every region aim to supply ever-growing crude volumes to markets east of Suez.

There are 19 different grades that are regularly traded on the spot market and for which the pricing relationship with Murban is likely to become increasingly relevant in the context of their shared geographical origin and/or relative competitiveness at their destination. These include grades from the Mideast Gulf, North Sea, US and Russia, which compete with Murban as regular feedstocks to Asia-Pacific refineries. 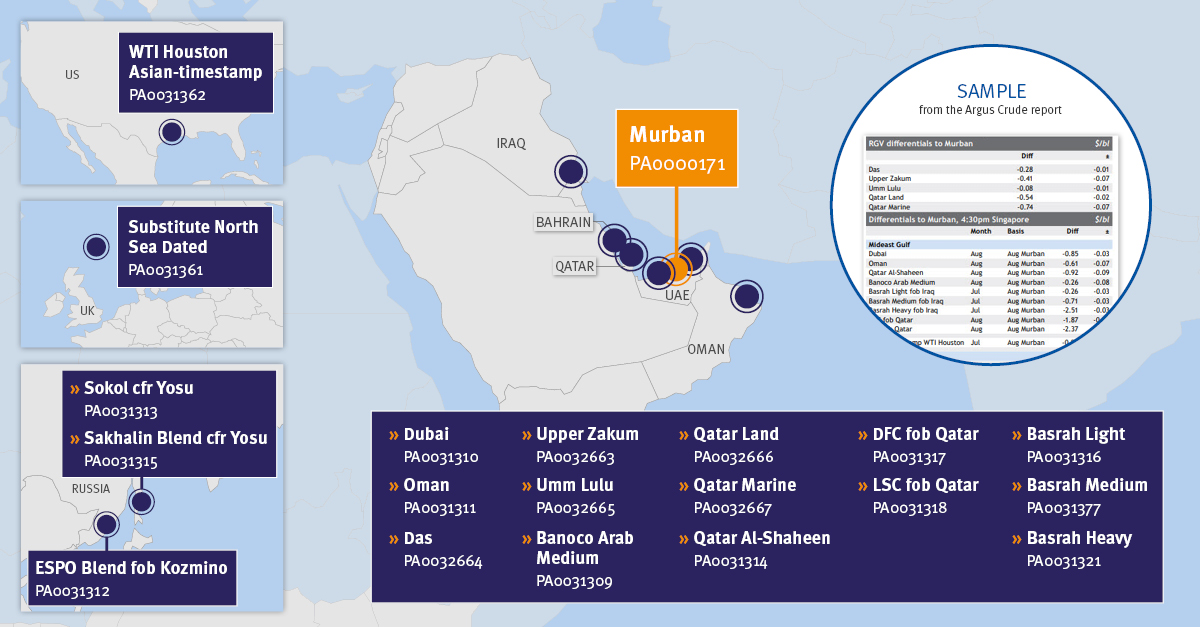 Murban is among the lightest grades produced in the Mideast Gulf. Because it is also freely traded and its destination restrictions are being phased out, Murban is rapidly gaining recognition as a gauge for the viability of arbitrage flows from the Atlantic basin to Asia-Pacific. It has also been approved for delivery into the INE’s Shanghai crude futures contract.

For more detailed information, see our FAQ or the Argus Crude methodology.

These differentials are available in Argus Crude, our flagship crude oil service with daily global coverage of news, prices and analysis for over 80 different internationally-traded crude streams.