But the Cape of Good Hope took the lion’s share of non-Panama voyages for US LNG heading to east Asian markets in the second half of 2020.

So why are carriers now clearly preferring transit from the US through Suez, instead of the Cape?

And why are northbound transits by empty carriers returning to the US through Panama to load holding comparatively quick?

The answers come from a combination of high freight costs, a sharp backwardation in northeast Asian LNG prices and the Panama Canal’s own booking protocols.

The choice of Suez over the Cape of Good Hope as the alternative to Panama may partly arise from high freight costs.

Suez offers a shorter journey of around a month at an average speed of 19 knots for carriers, compared with around 34 days for the Cape, although there is the transit charge. But with prompt spot charter rates for tri-fuel diesel-electric (TFDE) carriers holding high in recent weeks, a shorter journey time would probably incur greater savings than the Suez toll.

And for carriers scheduled to deliver to northeast Asia, a 75pc rebate further reduces this toll to around $99,000 for a standard-size carrier from around $397,000. The Argus-assessed ARV3 spot round voyage rate — for US-northeast Asia journeys — averaged around $146,000/d in December, more than covering the comparatively small Suez toll. The rebate was also extended in late December to the end of June. 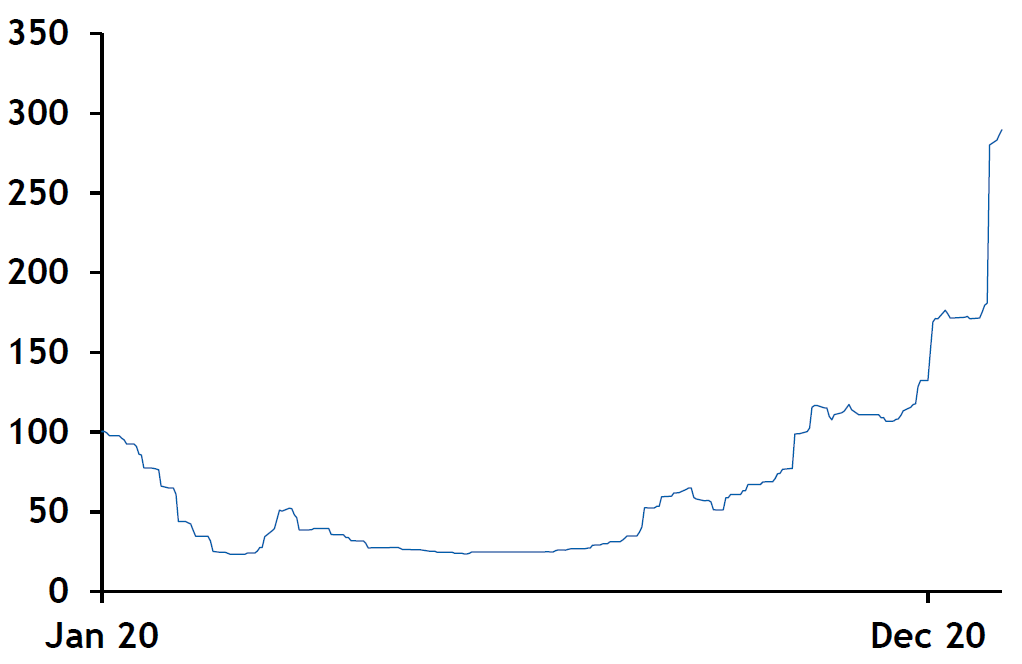 When rates have been lower, as they were during much of 2020, the opportunity cost for delivering around the Cape of Good Hope has been lower, helping to explain frequent voyages from the US to northeast Asia along this route in the second half of last year.

Tight vessel availability — itself a driver of high spot charter rates — could also encourage firms to choose shorter journeys to better optimise their fleets, with some US offtakers heard to be left with cargoes scheduled to load in February that they cannot find vessels for. This may lead firms to seek to reduce journey times and make sure loading schedules can be met as best as possible, irrespective of the ever-present financial incentive to reduce journey times. 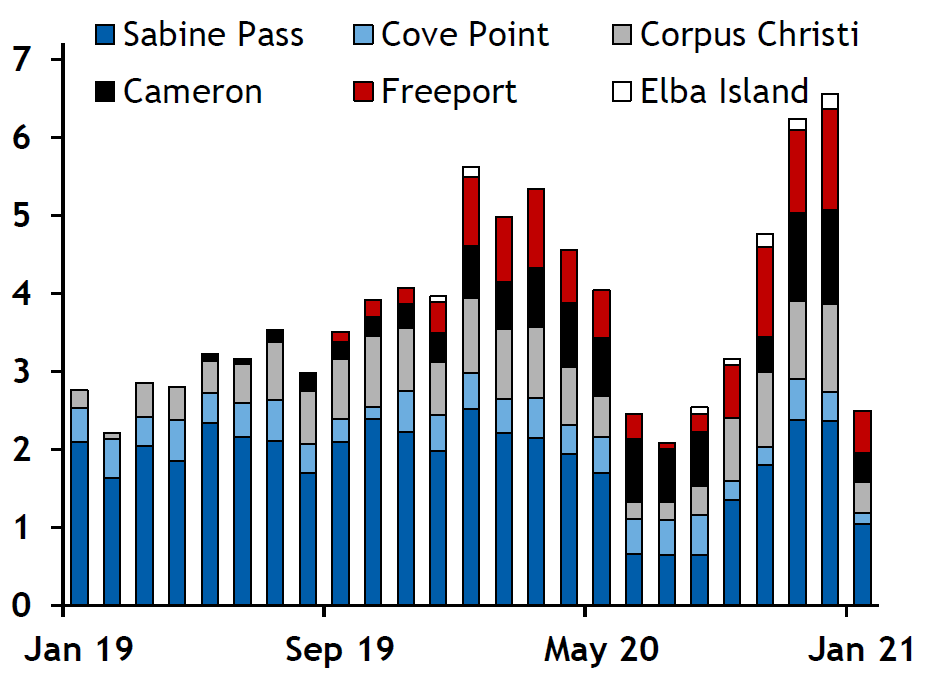 The exceptionally high Argus northeast Asian des (ANEA) prompt price for the first half of February —assessed at $39.70/mn Btu today — and the sharp backwardation in delivered prices through to late March provides a further incentive for firms loading cargoes in early January to deliver using the shortest route, as well as avoid potential delays at Panama.

This is in contrast to the second half of 2020, when northeast Asian prices were generally holding in a steep contango, leading some firms to opt for the Cape of Good Hope, using the additional journey time to deliver US volumes in the second pricing month after the month of loading. 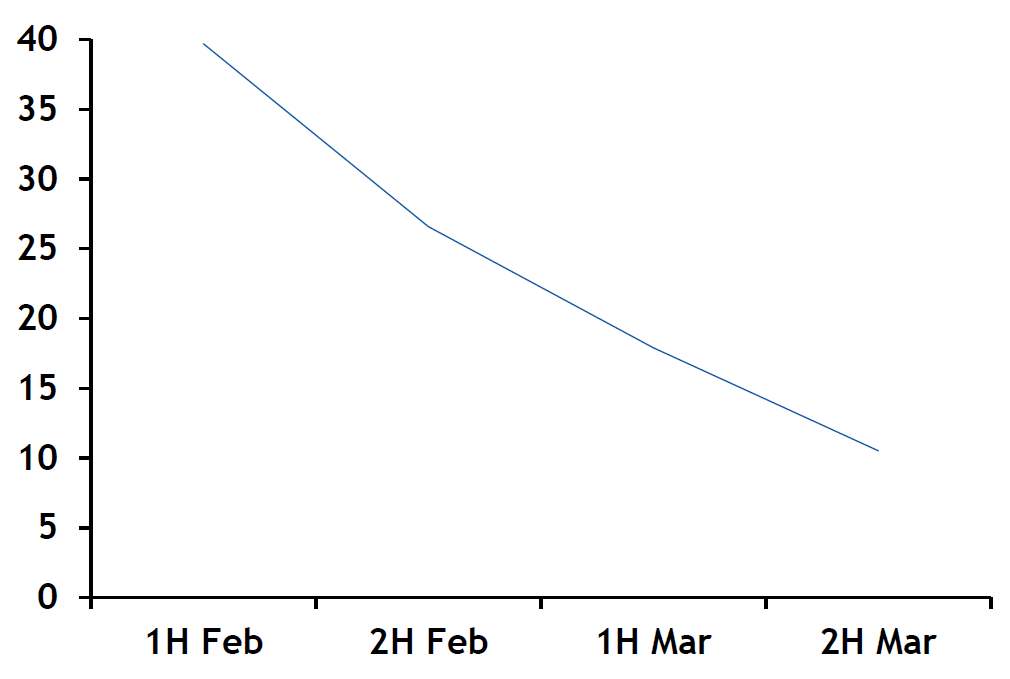 Continued quick demand for Panama from empty carriers returning to the US is probably the result of tight Atlantic vessel availability.

With some offtakers facing the prospect of being unable to load late-January and February cargoes at US liquefaction facilities, there is likely an incentive for charterers to return carriers to the US Gulf as quickly as possible. But without a cargo— which would depreciate each day thanks to boil-off — onboard these empty vessels, charterers may be more willing to run the risk of delays at Panama, rather than return using the longer route through Suez.

This means that while congestion south of the canal can appear significant, there is greater capacity — in the form of northbound crossings — to ensure that waiting times are kept as short as possible, compared with congestion north of the canal.

And with firms better able to secure a northbound crossing, charterers might opt to deliver US cargoes through Suez and return through Panama, reducing their round voyage times with a minimal risk of delays while laden.

Get the latest on LNG freight rates and what's driving volatility. Visit our hub to sign up for the Argus LNG Freight newsletter today