The last bout of currency depreciation, in 2015, prompted producers to cut prices to hold on to market share, in a ‘race to the bottom’. But the market is tighter this time around, and producers have the promise of greater strategic flexibility.

The Chamber of Mines is outraged, not with S&P but rather with the actions of President Zuma and his “illogical and damaging cabinet reshuffle”, which took place on 30 March 2017.

“The firing of a competent, dedicated and globally well respected finance minister, Mr Gordhan, and other Cabinet changes, have materially negatively impacted the key institution of the Treasury and ultimately the creditworthiness of South Africa’s government,” the chamber said.

The downgrade will hit inward foreign investment, job creation and interest rates. The rand has already responded, having fallen 2.5pc in the four days following the downgrade.

But currency depreciation does have its benefits, especially as the currency had just reached 20-month highs.

In fact, there could be some short-term upside for South African coal producers. They sell their seaborne products to India, Pakistan, South Korea and the Mediterranean region in US dollars and, so, benefit from weaknesses in the local currency in which they pay their costs.

A fall in the rand for a dollar-charging business opens up the possibility of undercutting competition from other seaborne origins, provided the rivals aren’t themselves up against currency devaluations.

Labour is one of the biggest costs for South African producers, and employee salaries, benefits and taxes are all paid in rand. Take home grown Exxaro Resources as an example: employee costs account for around 30pc of total costs, implying that around one-third of the US dollar revenue gains would feed through to operating profits.

This would give the producers flexibility to adopt a strategy of cutting prices to protect or snare market share from the competition, when the need arises, with limited impact on profit margins.

Producers used currency depreciation in this way in 2015, but the incentive was greater at the time as supplies were ample and producers were price takers, induced into cutting costs to force open arbitrages.

The situation is very different now. Supply-demand fundamentals have rebalanced and buyers may even be struggling to fix coal supplies after a number of Australian coal producers declared force majeure in the wake of cyclone-induced flooding in Australia. These developments follow supply shortages in Indonesia and coincide with Russian railway maintenance restrictions, reducing coal supplies to the country’s far eastern ports.

Supply tightness in Asia is expected to last, at least until the end of May, which may give South African producers the opportunity to expand their footprint in South Korea and Taiwan as well as India and Pakistan.

A weaker rand in times of tightening supplies and rising prices provides South African exporters with an opportunity to boost margins as rand-denominated costs fall against stronger dollar revenues, and gives them scope to lower prices when they need the flexibility. 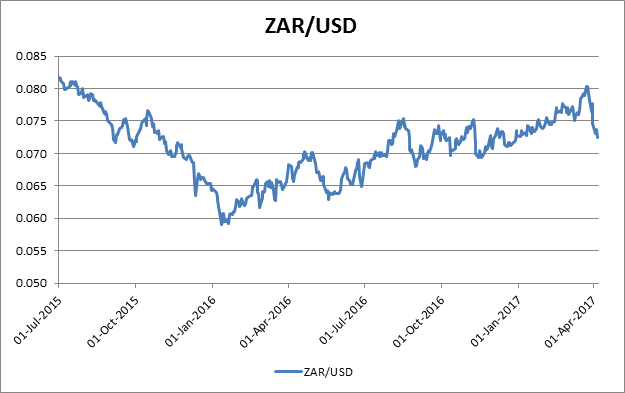 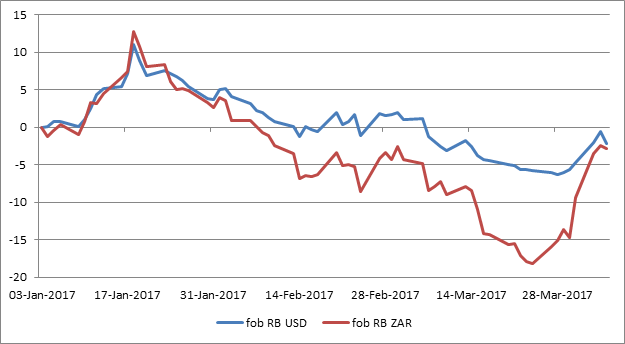