The opposition Labour party plans to create publicly-owned energy companies and an “emergency price cap” on household energy bills, according to a leaked draft version of its manifesto.

Labour declined to comment on the leaked document with a “clause 5” meeting to scrutinise the draft manifesto today.

The Conservative party, which is leading in the polls, has also pledged a price cap.

But government intervention in energy pricing will be far less effective than in the past because of the UK’s increased reliance on gas imports. 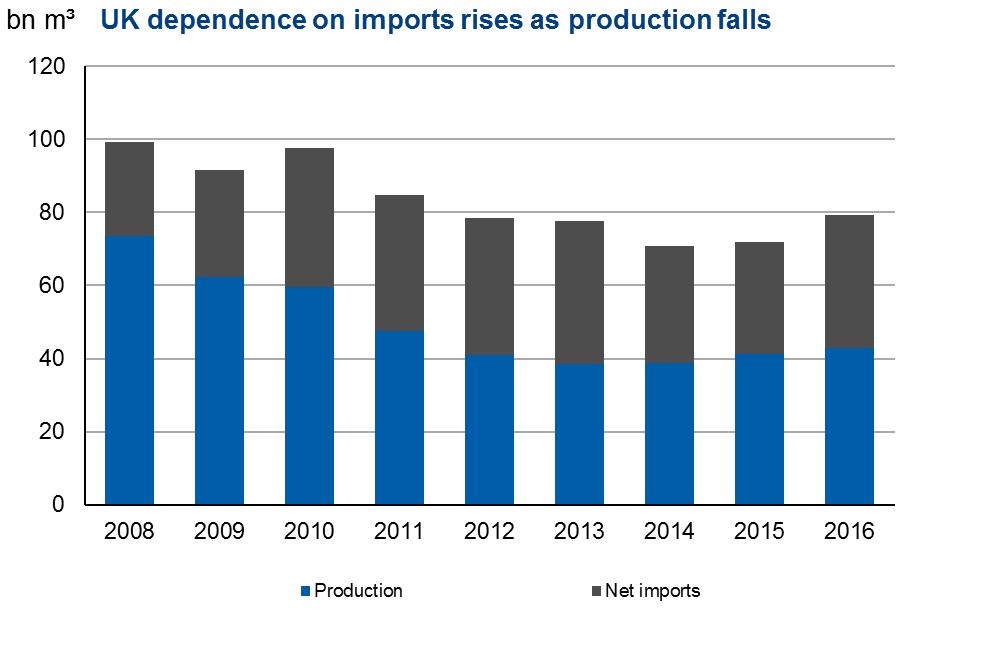 UK production was in long-term decline as North Sea reserves deplete. But the slide has been arrested in the last couple of years with new production, such as the Laggan-Tormore and Cygnus fields.

But domestic output will continue to stagnate or decline, barring substantial new finds in the already well-explored North Sea.

The UK government would have had more control over energy prices — if it had chosen to do so — before imports started to accelerate in 2002 as domestic output dropped.

As explained in my last blog, the UK’s dependence on imports leaves wholesale prices moving on global factors such as coal, oil and exchanges rates.

The good news for Labour is that some publicly-owned energy companies are able to move wholesale prices at the UK’s NBP trading hub. The bad news for the party is that the only two state-controlled firms that can move European wholesale prices are Norway’s Statoil and Russia’s Gazprom, rather than any potential UK firm — even if it somehow secured a monopoly on all UK gas production.

Statoil has its flexible Troll and Oseberg fields, which it can use to vary production depending on prices. And Russia has vast gas reserves and delivery flexibility, allowing it to increase or decrease exports subject to conditions in its long-term contracts.

The UK has lots of small fields — 423 listed by the Oil and Gas Authority — that produce small amounts with little room to change output. And there are 158 groups that hold licences, rising to over 300 breaking it down into their subsidiaries.

New publicly-owned companies would start life with nothing. They would not have any fields, gas supply through long-term contracts, customers or power plants.

The firms would need to spend large amounts buying assets. Or they could get involved in the wholesale market to buy their gas and power supply, although an aggressive trading firm is probably not what the Labour party has in mind for its public companies.