A proposed EU ban on marine insurance for tankers carrying Russian oil could dramatically curtail exports, especially if the UK joins in. A ban on Russian seaborne oil imports grabbed the headlines when EU leaders finally agreed a sixth round of sanctions at the end of May. But a less heralded marine insurance ban within the same sanctions package could ultimately have the bigger impact on oil flows. These sanctions immediately prohibit EU operators and entities from providing any new insurance or finance contracts for maritime transport of Russian oil to third countries.

The European Council has included a wind-down period until 5 December for existing contracts. The ban could limit options for insuring vessels outside the bloc as it also covers the reinsurance market — used by insurers underwriting policies to help spread risk. There will be fewer options still if, as expected, the UK follows the EU’s lead. Most insurers globally, even those outside the EU, use the London and European reinsurance markets. “Insurance is the main issue,” shipbroker BRS says. “As long as there remains an appetite from the non-OECD nations for Russian barrels, exports will continue to flow, but a ban on insurance and reinsurance will likely prevent many mainstream tanker owners from lifting Russian cargoes.”

Reinsurance is a key part of the marine insurance market. Insurers parcel up portions of their risk and sell it to syndicates in exchange for a portion of the insurance premium. All insurers do this to avoid keeping vast amounts of risk in their portfolios. Lloyds of London is the traditional market for these syndicates, although Munich Re and Swiss Re have also become involved in recent years. The International Group of Protection and Indemnity (IGP&I) Clubs — mutual insurance associations that provide risk pooling — has 13 members that cover 90pc of the world’s fleet and most of these use European reinsurance markets. An EU and UK ban would affect all these groups and severely restrict global insurers’ ability to pass on risk — making them reluctant to provide insurance to vessels carrying Russian cargoes. 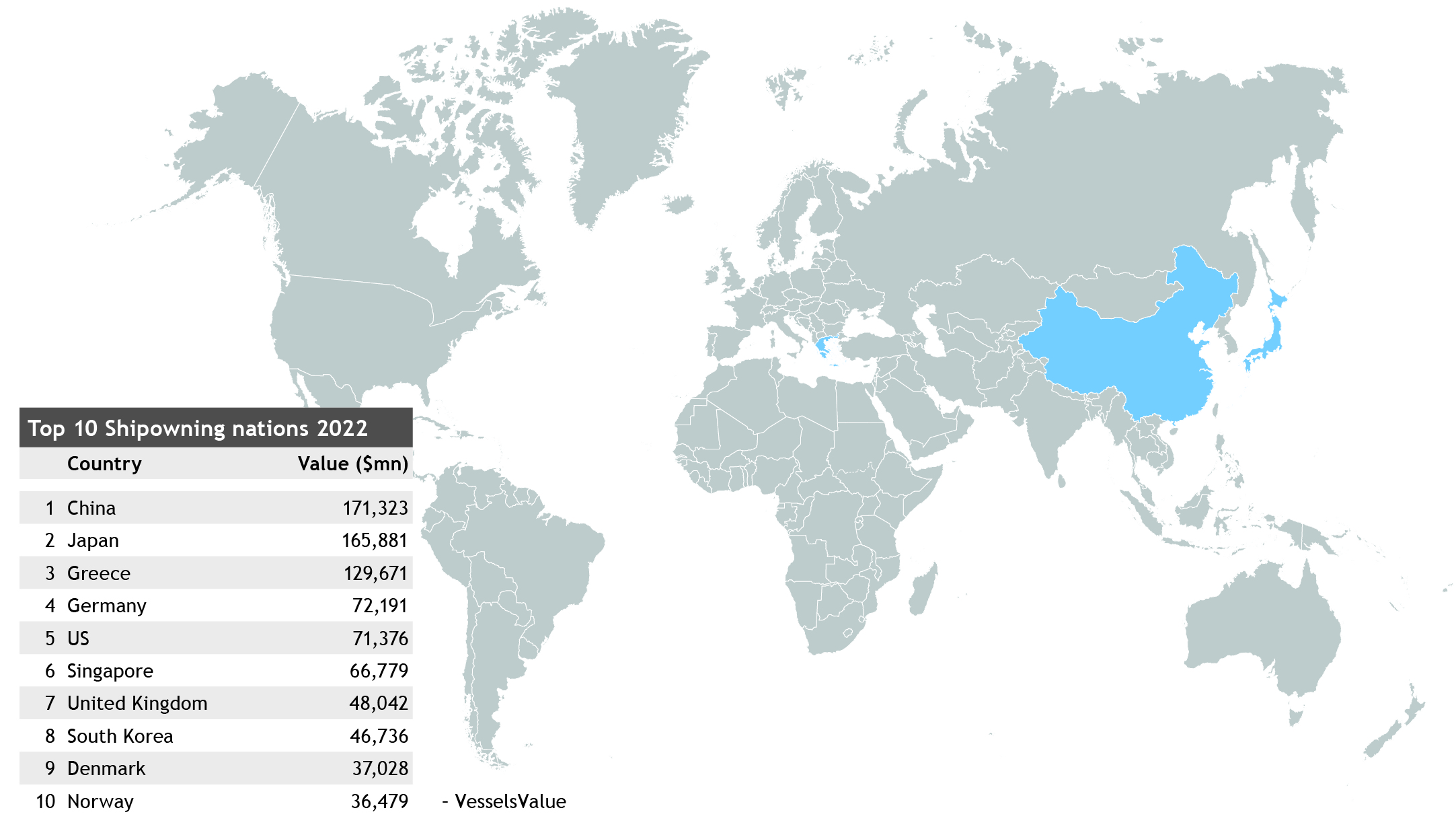 Without insurance, many ports will not allow ships to discharge cargoes. Shipowners would be extremely reluctant to sail with such a risk, cutting off Russian access to much of the global tanker fleet. The impact is already being felt. Western firms have become reluctant to insure voyages passing through the Black Sea since the sanctions package was finalised, RBS says. Firms are also reluctant to insure tankers loading at the CPC terminal in the Russian port of Novorossiysk. CPC Blend is mostly a Kazakh crude and not embargoed.

But insurers would find it difficult to compensate Russian entities if there were an accident at the terminal, without falling foul of sanctions.

Russia could call on tankers already moving sanctioned Iranian and Venezuelan oil, as well as its own Sovcomflot fleet. It would have to develop sovereign insurance to enable this trade, something it appears to be considering. “Procuring insurance can be resolved through state guarantees in the framework of multinational agreements,” Russian security council deputy chair Dmitry Medvedev says.

Countries trading with Russia have also considered creating localised insurers to provide insurance outside the EU’s jurisdiction in non-US dollar currencies. “It should not completely choke off Russian exports as there remain alternative, albeit smaller, insurance markets, notably in China and Russia,” BRS says. But the scope of these alternatives is limited. Russia ships significantly more oil than Iran and Sovcomflot is smaller than its Iranian counterpart NITC. And even non-EU insurers would still rely on the reinsurance market to hedge their risk, something the EU ban is likely to make impossible.

Broker BRS also reported that Russian state-controlled National Reinsurance Company is now the main insurer of Russian ships after their previous cover was withdrawn by western companies in the wake of Russia’s invasion of Ukraine. According to the reports, Medvedev has stated that insurance will be provided for the movement of “Russian goods”. The Directorate General of Shipping, under India’s Ministry of Shipping, has also listed Ingosstrakh among 15 non-IGP&I clubs approved by India, to be accepted by port authorities, covering oil spills and collisions. Ingosstrakh is a public joint stock company, which has been operating internationally since 1947. The approval for the firm is valid until 20 February 2024.

Areas at threat from an embargo on Russia

Since the start of the Russia-Ukraine conflict, Russia has accounted for 30.75pc of total European diesel imports on average, down from 36.3pc in January and February, according to data from Vortexa. This dependency is likely to continue, with refineries elsewhere struggling to increase their diesel production by enough to meet European demand.

Similarly, the loss of Urals crude imports would be a significant step back for the market. Participants are still importing material into Europe despite the current sanctions, and Urals accounts for 11.28pc of Europe’s total crude imports, according to Vortexa. Firms’ reluctance to insure tankers loading at the CPC terminal in the Russian port of Novorossiysk, despite it being a Kazakh crude, would up this to an average of 18pc of total imports since the start of the conflict — an amount that is unlikely to be simply substituted. Again, both these are only roughly 5pc less than the average in January and February 2022.

But much will depend on where Russian crude and products travel instead of Europe. The US has imported some Russian diesel but could halt in line with the EU ban, which would leave Africa and Asia-Pacific as potential destinations. India has already taken a significant quantity of Black Sea crude, with China also taking smaller quantities of Urals from both the Black Sea and Baltic — which it previously would have avoided. China has also increased its purchases of east Russian crudes.

This would lead to a significant gain in tanker tonne miles, but the ban on insurance and reinsurance might mean that these would have to be carried out by sanctioned tankers — leaving fewer tonne miles to be divided among the rest of the fleet. There have been some indications of nations providing insurance cover, but questions remain as to whether these nations would want to be on the hook for potentially billions of dollars in liabilities in the case of an accident. Typically these risks would be allayed through the reinsurance market, but this would not be case with so much of that market trading within the EU.

The devil is in the details

As with all such bans the devil is in the details, and these remain nebulous and unclear. Trading of Russian term contracts can continue into February but governments are hoping to wind up Russian business by the end of the year.

Most shipowners and insurers are yet to commit to a definitive position, although many are becoming increasingly concerned about sanctions risk.

But the details of the ban, once clarified by official bodies, could allow for any number of alternatives that would still see Russian products entering Europe. Until these details are settled, shipowners, insurers and reinsurers are likely to continue taking things on a case-by-case basis.

Weight of Freight: East of Suez Aframax and Suezmax rates – down and out?

East of Suez Suezmax tanker rates have been subdued since the start of May, following competition from Very Large Crude Carriers (VLCCs), on reduced demand from China as the country continues to implement its zero Covid-19 strategy. Could this downwards cannibalisation ...