The math that led China to hit the brakes on Australian coking coal imports last month is fairly simple: there was a giant wave of imports that has already exceeded full-year totals, even after Beijing began tapping the brakes in June.

China imported more coking coal from Australia through to August than in all of the last five years, and by September, Australian imports had eclipsed the record 31.28mn t in 2014. 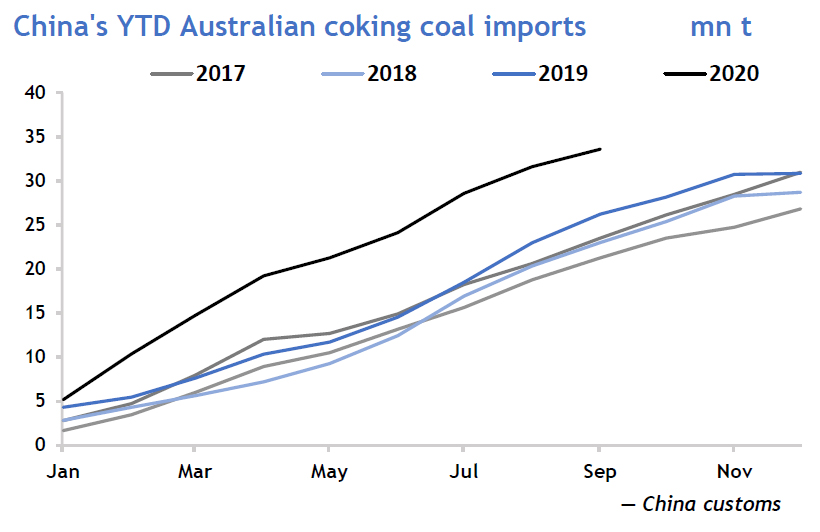 The wave of Australian imports has been driven by:


The new policy suggests further refinement of the quota system. Beijing will not allow Australia to use quota room created by Mongolia. What is unclear is how far the policy will go.

“At some point Beijing said, ‘no more Australian coal’. The pragmatists say that’s because Australia has filled its part of the quota,” Argus correspondent Jo Clarke told the Guardian last week.

“The real concern, when I talk to the market, is what happens next year, whether Beijing is planning to change the system because of diplomatic tensions with Canberra or if the quota will just restart as normal. We don’t know that yet.”

Australia has sought clarity from China with concerns it could be linked to rising political tensions.

Australian mining firms are playing down China’s import curbs and expect coal exports from Australia to rebound in December, ahead of new import quotas in January.

They have a point. The late-year swoon in seaborne imports is nothing new. It has been occurring since 2018. 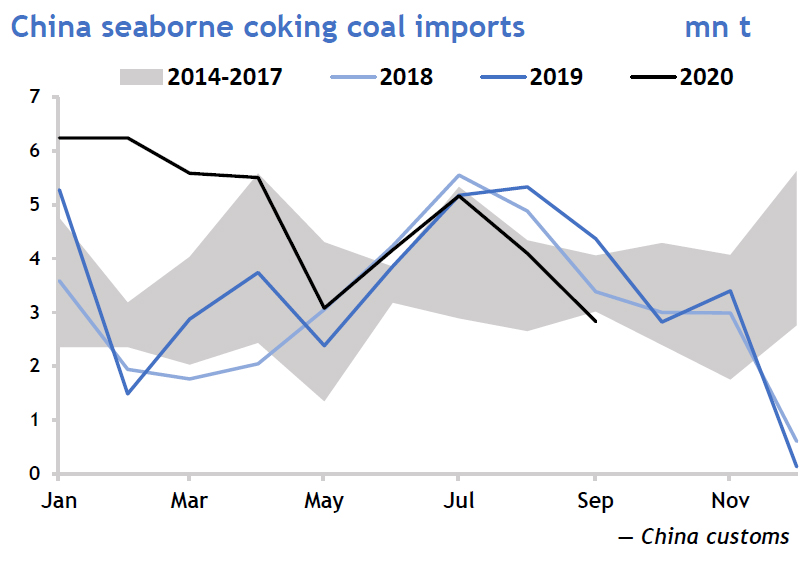 If China re-emerges as a spot buyer late this year, just when there is higher chance of La Nina weather conditions that could bring wet weather to Queensland, demand will surge just when supplies from Australia are most at risk.

Australia is about two-thirds of global seaborne metallurgical coal supplies.

That math is also fairly straightforward.