The stakes are high for Mexico as the US presidential election looms, but domestic politics — not US policies — are still the primary concern for investors in one of the latest major economies to open up its energy sector to investment.

Mexican social media was engulfed in a #QuesoGate crisis this month when the government banned some cheese-like products. While officials took the dairy dilemma seriously, others saw it as yet another government effort to distract from bigger, more vital problems. Both domestic and international energy investors in Mexico watching the US election for signs of things to come should also be careful to keep their eyes on the real cheese.

Conventional wisdom is that a win by US democratic candidate Joe Biden could lead to a bigger break in energy policy with Mexico, given his support for clean energy and President Donald Trump’s unexpected recent collegiality with Mexico’s president. Mexico’s leader has pulled back previous administrations’ support for reducing carbon emissions, and favors coal. But the answer to who will be a better partner with Mexico depends on how you slice it. Biden’s proposal to ban new upstream drilling permits on federal land and offshore could cut into US natural gas available for export, upon which Mexico is highly dependent. But the position could be space for common ground with Mexican president Andres Manuel Lopez Obrador, who also opposes fracking — but still lets it continue in Mexico in a limited number of projects. 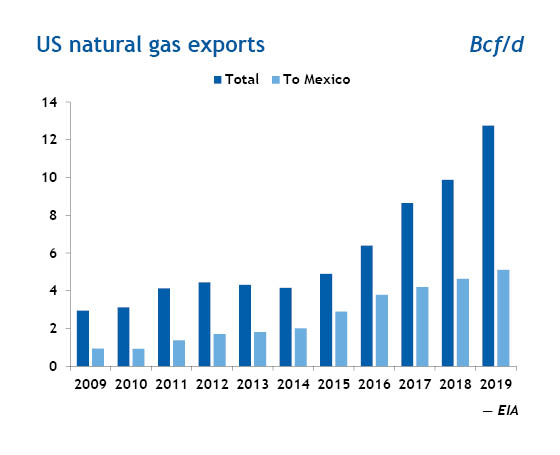 For the downstream sector neither candidate would likely seek to strongly support investment, but for different reasons. Mexico’s government has cancelled most avenues for private investment in upstream, created incentives to favor state power generators, and has put a freeze on permits needed for investment in fuel storage and retail stations, as well as fuel imports. But the country is still the single biggest buyer of US refined products, taking 58pc of the US’ 763,000 b/d of gasoline exports in August. 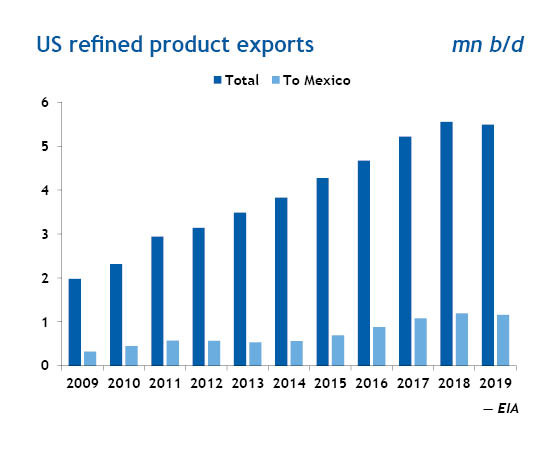 Trump, despite his pro-business fame, has extended little support to US investors in Mexico’s energy sphere. He has avoided entanglement in the complaints of US companies that Mexican regulators are explicitly favoring state firms.

But forces are at work that could shift the fragile Trump-AMLO detente quickly. Economic pressures on both the US and Mexico in the wake of the Covid-19 pandemic could lead to another flare-up over immigration policy or trade conditions. Trump could also eventually take more notice of US energy companies’ complaints about Mexico, given his pledge to boost the industry — or if he notices what a good customer Mexico is of US refined products. Mexico was supposed to help fill the energy-transition-induced gap for US producers and refiners even before Covid-19-related impacts. AMLO’s government has aggressively opted Mexico out of much of this planned investment.

How long Lopez Obrador and his Morena party keep all the real cheese for themselves and state-owned businesses — even if it is set in a trap of energy insecurity — is the real question for investors, more than the US election.

Published daily, the Argus Mexico Fuel Markets service is a valuable reference point for global energy companies seeking to understand how Mexico’s fuel markets are changing and what this means for investment opportunities.
Learn more