The International Maritime Organization (IMO) is aiming for the shipping sector to reduce its greenhouse gas emissions by at least 50pc by 2050 compared with 2008 levels. Other shipping groups and some governments, including the US and UK, support the more ambitious goal of cutting the sector’s emissions completely by 2050. 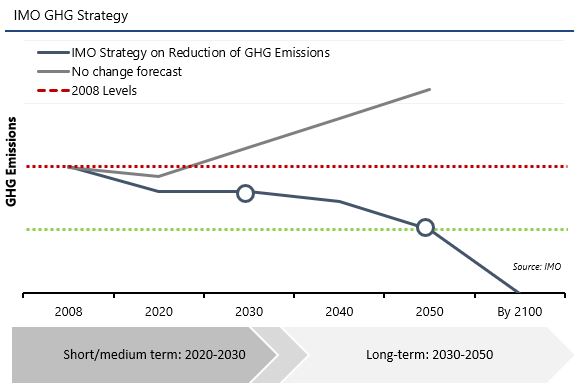 In addition to telling Argus what the company sees ahead for the crude tanker market, Solon spoke to International Seaways’ plans to lower emissions, with edited highlights on that conversation below. The company’s partnership with Shell for three dual-fuel very large crude carriers (VLCCs) is part of the plan, as is opting for LNG-fueled vessels versus ammonia or methanol. The task of finding long-term fuel alternatives is a complex and expensive task for the industry, but for those players, including International Seaways, that have ordered dual-fuel ships, the task comes with the opportunity for their ships to burn the cheaper of two fuels.

In the second quarter, INSW sold a VLCC and two Panamaxes with plans to sell two more 2002-built Panamaxes. Are there plans to sell more, or any plans for new purchases?

We have plans to sell more. We have sold a VLCC, two Panamaxes delivered and two more to go, and seven medium range (MR) tankers that were delivered in the quarter to different buyers. We will likely continue to look at selling if the prices are right. On the buying side, we will look at if the deal is good or if there are certain sectors we want to be in more. We have tripled our fleet [with the merger with Diamond S] and have three newbuildings for the Shell project, so that’s significant fleet growth for INSW in 2021.

How will International Seaways adapt to greenhouse gas emission regulations (CCI and EEXI measures) coming into effect in 2023?

I’ll date myself from GI Joe cartoons that I used to watch where it would say, “Knowing is half the battle.” But no kidding when it comes to greenhouse gas emission regulations – knowing is half the battle. At International Seaways we have hired a sustainability engineer and one of her main tasks is to stay abreast of the discussions and regulatory developments at the IMO, the UN, The EU, all of the national governments, all of the regulatory bodies, all of the NGOs and keeps management up to date on what’s going on, and then we look at it long term. How is it going to impact the tanker marker and how do we trade our fleet around that?

Our technical teams are also working closely with the crews right onboard and the technical managers and they are combing over the data in terms of fuel consumption, engine efficiency and emissions data. The first part for us is to rate where we are in EEXI with ships that do not have the rating. How do we improve on that? One of the improvements that we talk about in the industry is putting on energy-saving devices and we have been doing that stuff for years – it’s about gaining further efficiencies. It’s going to be a technical and commercial joint solution. Take the carbon intensity index: that’s a function of how efficient the ship is, how we treat the ship on long voyages and short voyages. There’s still a lot that needs to come together to make sure we achieve the lowest greenhouse gas emissions we can. 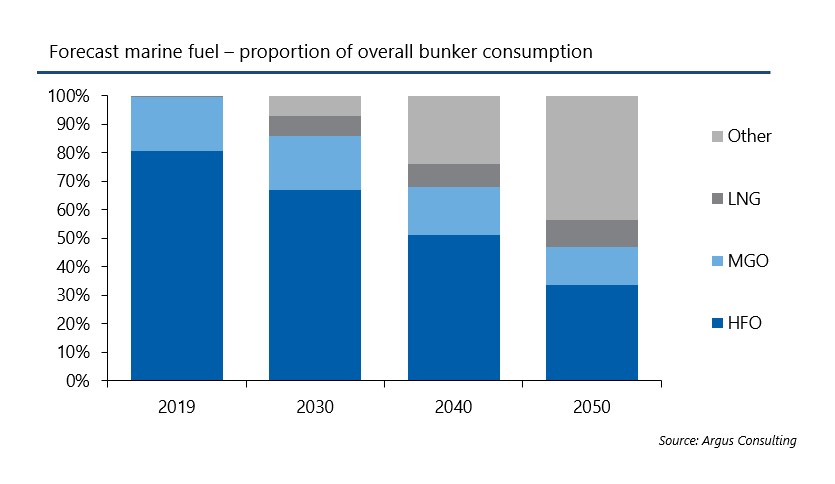 INSW has three dual-fuel VLCCs on order for delivery in 2023. Can you walk us through your decision-making process in opting for LNG-fueled rather than other possible alternative fuels, such as ammonia or methanol?

We were very fortunate to partner with Shell in this project. We were able to get long-term time charters with the project, which offsets a lot of our risk with going into these dual-fuel ships. The path to decarbonisation is a long one and it’s going to have a lot of different steps along the way. For us the opportunity is to partner with Shell for three dual-fuel ships. We can burn conventional fuel oil, we can burn natural gas – that is a concrete step we can take in lowering our greenhouse gas emissions.

These ships are going to emit 40pc less greenhouse gases than the average VLCC. It’s existing technology and the bunkering infrastructure exists. And it’s getting bigger in large part due to Shell. It’s something we can do now, we were able to act on it now, so we took that step. Ammonia and methanol, we are watching it closely like the others. But the LNG dual-fuel was actionable so we are excited about this project.

When these tankers hit the water in 2023, what type of fuel do you expect them to operate on? How does the dual-fuel system work? Is it easy to switch?

It is as easy for these ships to operate on fuel oil as it is on natural gas. We can go from one to the other fairly easily; the ships are designed that way. One of the biggest components will be the pricing of the commodity. So today when LNG is screaming in price, we would just burn fuel oil. But by and large on a per ton basis, natural gas has been cheaper than fuel oil and so a lot of the efficiencies picked up are based on burning natural gas. The intent is to run these newbuilds on natural gas, otherwise why put forward the capital expenditure? Shell is the largest LNG producer, so with them as the time charterer, they are responsible for bunkering the ship. Just because natural gas might be more valuable than fuel oil one day doesn’t mean you will switch – natural gas is also more efficient, and Shell has access to it as a bunker fuel.

On the topic of ballast water treatment system requirements, we’ve heard this has spurred a two-tier market, with vessels equipped with the systems receiving premium rates. Do you also see this happening?

We do not see a two-tier market for ballast water treatment in the spot market. In the spot market, you either do not need it or you do need it, depending on when your certificate needs to be renewed when you go into drydocks. On the time charter side, we are seeing it a little bit, in terms of the charterer saying they want to know what system you intend to put on to make sure it is compliant with the US Coast Guard because the US has its own regulations and they want to try to assess the downtime. That will happen when a ship goes to drydock, puts in the ballast water [treatment system]. The time charterer tries to understand that before they get serious about taking a ship out for a long period. Regulations have been kind of baked in, so I have not seen too much impact on the freight market.

One interesting thing is that because the US Coast Guard has slightly different regulations than the IMO, some ships have systems that are either US Coast Guard approved, or the US Coast Guard says the ballast water treatment has to be out by one date, but the IMO says a different date. So, you can get some inefficiencies in the freight market, meaning some ships cannot discharge ballast or load cargo in the US. There could be some inefficiencies there but there’s nothing too significant that we’ve seen.