The 19th amendment to Germany’s atomic energy act, following a U-turn by Scholz in October, was finally passed at the end of last week and allows the 1.4GW Isar 2, 1.3GW Neckarwestheim 2 and 1.34GW Emsland A reactors to operate until 15 April 2023. The decision — arrived at after months of talks — increasingly undermines Germany’s deadline to exit nuclear power — a plan overwhelmingly supported in the aftermath of the Fukushima nuclear disaster — 513 German MPs voted for it and just 79 against in June 2011. But the economic fallout of spiralling European energy prices following the war in Ukraine proved too much to hold off any longer.

The EU’s dependence on Russian energy was evident before the war in Ukraine, but Germany’s new government coalition was standing firm on domestic nuclear policy. “We made a conscious decision not to [use nuclear] anymore because it’s too dangerous in a densely populated country like Germany,” nuclear safety minister Svenja Schulze said. Scholz went further by recommending the construction of new gas-fired power plants to offset the nuclear closures, despite the almost tenfold rise in day-ahead gas prices last year. “If you’re exiting, you’re also having to enter somewhere else,” he said.

Statements continued to come from Germany’s environment, economy and climate ministries overruling any nuclear extension immediately after the onset of the war in Ukraine, on “high economic costs as well as constitutional and security risks” — a position agreed by major German nuclear operators. Massive drops in Russian gas deliveries and the looming “critical supply security” for this winter obliged them to be “willing to talk" and to camouflage their backsteps by creating a “nuclear reserve” that paved the way for the extensions.

Scholz’s decision came at a cost of tension with the coalition Green party —anchored in the anti-nuclear movement of the 1980s and opposed to any extension of the Lower Saxony-based Emsland reactor. But even German economy and climate protection minister Robert Habeck — a Green partisan himself — was forced to embrace pragmatism, at the cost of contradicting himself on the nuclear phase-out. After all, despite being less than 2pc of German power generation capacity, the three remaining nuclear plants are located near the industrial areas of the Rhine-Ruhr and the southern states, potentially alleviating grid bottlenecks. There is already a power generation deficit in southern Germany due to the slow expansion of the grid and renewable capacity, with the first eight months of this year seeing the southern states’ need for redispatching rising to almost 4TWh compared with less than 2TWh in 2019, according to a study by transmission system operator TransnetBW.

Was Germany’s nuclear phase-out strategy supposed to be inflexible, even in the face of a severe energy crisis? 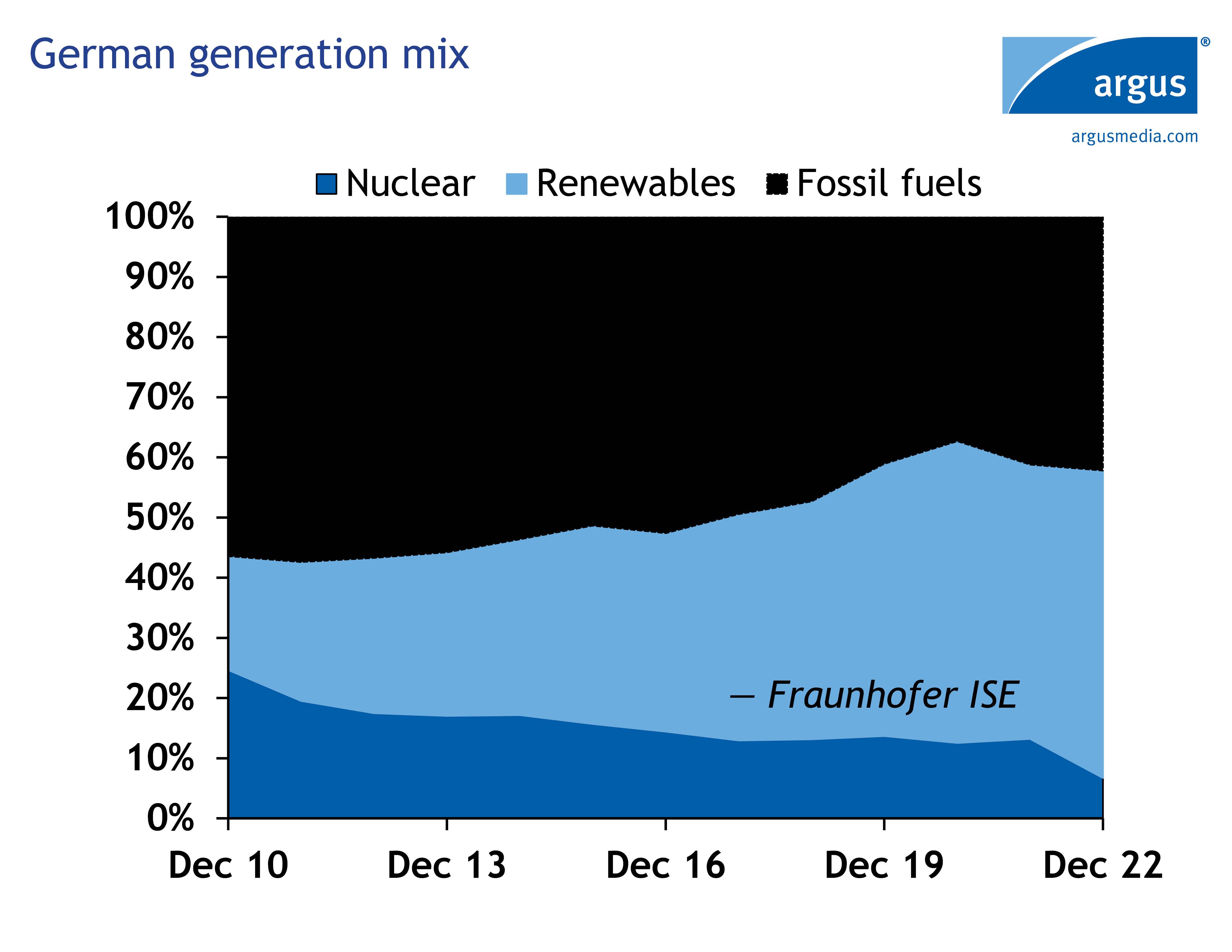 In the shadow of Fukushima

The world’s largest nuclear disaster in almost 25 years in March 2011 came from an earthquake that measured nine on the Richter scale, while the subsequent tsunami disabled the cooling system of three Fukushima-Daiichi reactors, which melted within a few days. The accident was classified level 7/7 under the international nuclear and radiological event scale due to high releases of radioactive material and the more than 150,000 people that had to be evacuated.

Fukushima was perceived in Germany as a vivid memory of the Chernobyl nuclear disaster — the explosion in April 1986 led to radioactive rainfall in extensive areas of Germany. Some parts of Bavaria and Baden-Wurttemberg received as much as 100,000m² Becquerel (Bq) of radiation.

A few months before Fukushima, the newly elected second government of Angela Merkel was approving a massive extension of Germany’s 17 nuclear plants by an average of 12 years, turning around previous plans made almost a decade earlier under the Social Democratic (SPD) and Green party coalition of Gerhard Schroeder to phase out nuclear power early in the 2020s.

With the June 2011 vote, Germany became the first major industrialised nation to put an end to nuclear power — declaring itself “ready to carry through this technological and economic revolution”, as labelled by then environment minister Norbert Roettgen. It set fixed end dates for nuclear plants and withdrew additional production rights granted by the Merkel government just a year earlier.

There were immediate reactions to the Fukushima elsewhere. In France, Francois Hollande won the 2012 presidential elections by pledging a cut in the share of nuclear power to 50pc by 2025 from 75pc then, the highest among developed economies. The Italian government led by Silvio Berlusconi — a champion of nuclear energy — was forced to run a nationwide referendum, where the vast majority voted against nuclear, while Japanese prime minister Naoto Kan said the country “should aim to achieve a future society without nuclear power stations”.

But the anti-nuclear sentiment started to degrade in the middle of the previous decade. French state-controlled utility EdF signed a 35-year deal with the UK for the construction of the 3.2GW Hinkley Point C nuclear plant project, and Japanese premier Shinzo Abe pushed for the restart of nuclear reactors as a way of curbing LNG, oil and coal procurement costs. France and Japan, in the midst of the ongoing energy crisis, announced intentions to extend the lifespan of their nuclear fleets by decades — giving them a prominent role in achieving energy security and decarbonisation goals — and to build new reactors. And in Italy, the two most recent energy ministers have openly been in favour of nuclear.

The cost of closures

The 8.1GW capacity originally scheduled to be decommissioned between last year and this year generated more than a tenth of German’s electricity in 2021. What would be the real price to pay for not granting flexibility to a nuclear programme established more than 10 years ago?

There are some that would consider the phase-out plan an overreaction. The International Energy Agency’s Nuclear Power and Secure Energy Transitions report encouraged more nuclear in northeast Asia to tackle increased electricity prices, while adding that the energy transition will be “harder, riskier and more expensive” without nuclear. After all, the 2020 report by the UN Scientific Committee on the Effects of Atomic Radiation concluded that “no adverse health effects among Fukushima residents have been documented that are directly attributable to radiation exposure from the Fukushima-Daiichi nuclear plant accident”, and most of the uranium available worldwide is concentrated in countries such as Kazakhstan, Australia and Canada. 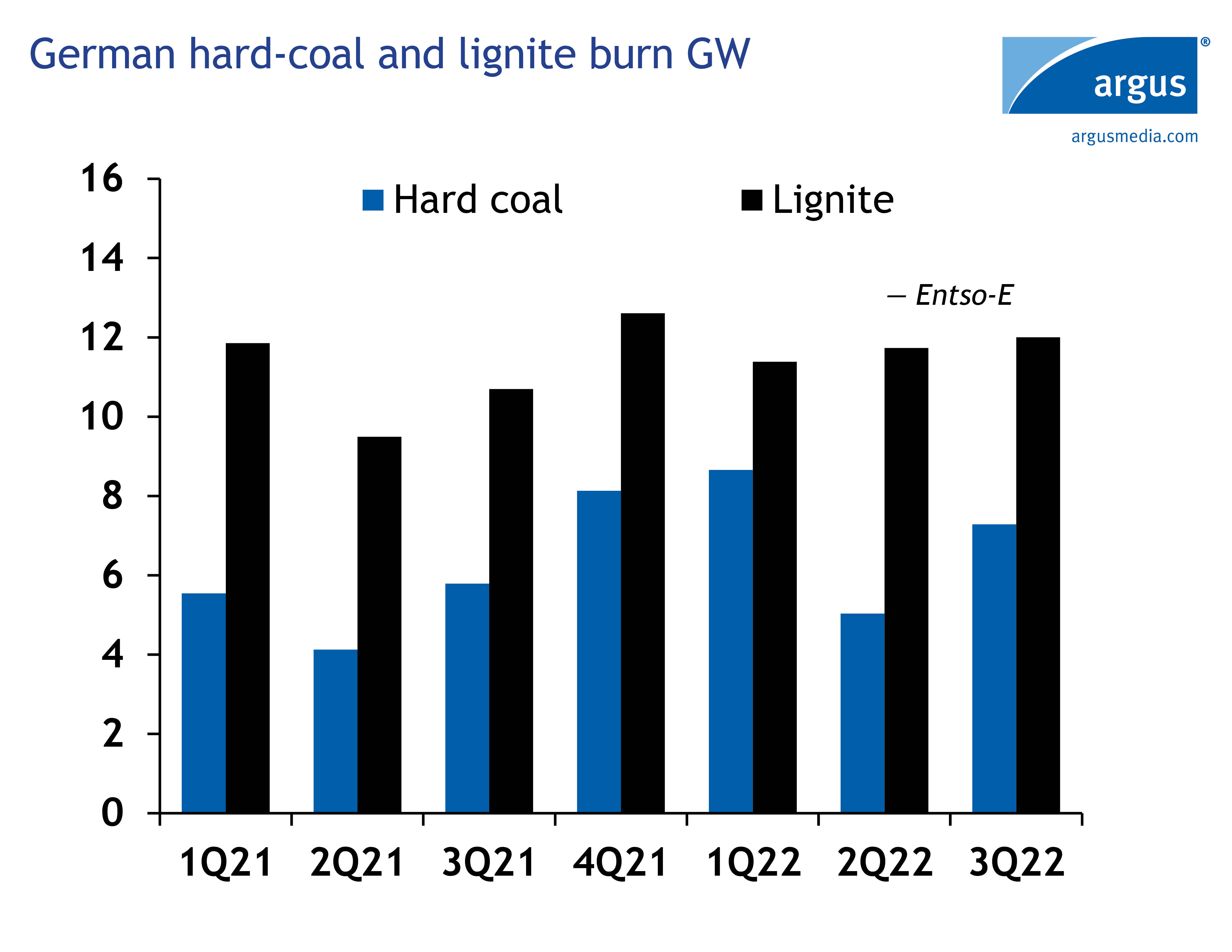 “At this stage, prices remain high and there is no quick fix. The next winters will be difficult, make no mistake about that,” European Commission vice-president Frans Timmermans said. Inflation is already biting in Germany at 10pc in September, up from 8pc in August and hitting an all-time high since German reunification, according to German statistical office Destatis. GDP growth is forecast at 1.4pc this year, less than a half of last year.

Politicians and analysts alike said the extension of the Emsland nuclear plant will make a minimal contribution to gas savings and energy price reduction. But it is also true that in an “economy of war”, all available means should be brought in to bring relief. Is Germany’s reaction too little, or too late?

For more details on how Germany's nuclear extension is affecting market dynamics, as well as an outlook on wider European market fundamentals for next year,
download the Argus 2023 European cross-border electricity market outlook.

Does a cap fit?

Matt Drinkwater, manager for gas and power analysis, speaks to Argus colleagues Natasha Fielding, editor, gas, and Justin Colley, editor, electricity, about the policy interventions that EU lawmakers are considering and the volatility in the gas and power markets.

What are the key drivers for short term LPG prices and how will these impact costs as we head into winter?

In this episode of Global LPG Conversations, Peter Wilton, editor of Argus International LPG, and David Appleton, Argus’ vice-president of LPG discuss how changing trade flows in eastern Europe have led to the need for new price assessments.