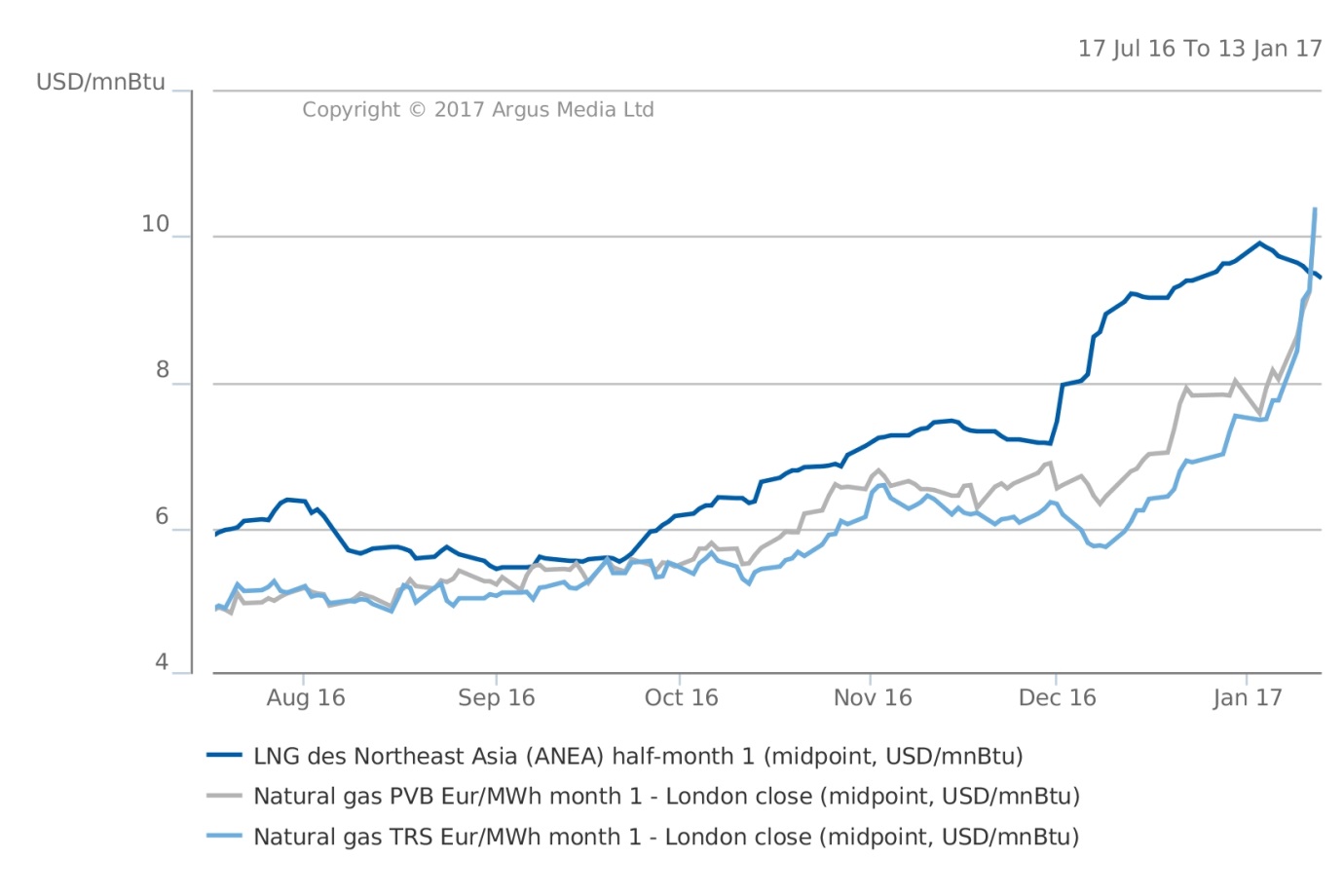 In another sign of how gas is becoming more globalised, French and Spanish prices had to rise to encourage LNG imports, and therefore compete with Japan, China, India, and others. Prices send signals, the market reacts. That’s the theory anyway.

For France and its neighbouring countries, gas consumption has been high anyway over the last few months due to problems with the French nuclear fleet.

While most of the nuclear plants started returning this year, or are expected to in the next month or so, Europe, especially southern Europe, was then hit by freezing weather and some curtailments in Algerian pipeline gas supply. Tight supply and increased demand triggered notices in France and Italy to increase LNG regasification rates in the former and import more gas in the latter.

Can LNG react to the price signals?  There is definitely interest in supplying France and Spain with LNG.

At the end of 2016, the US scheduled at least 11 LNG cargoes to Asia after supply problems in Australia resulted in Anea LNG prices rising to a two-year high.

But a couple of the most recent cargoes are remaining in the Atlantic basin. The 155,000m³ Gaslog Santiago left the facility on 6 January while the 145,500m³ Hispania Spirit left on 31 December, with both listing the Atlantic as their destination.

US LNG is sold on a fob basis, meaning there is no destination restriction on the gas. This is in contrast to most other LNG supply, which is tied to traditional long-term contracts with little flexibility.  But producers are growing ever willing to relax clauses and chase value which should improve spot market liquidity.

Negotiations for other spot LNG supply are being held to send more cargoes to the region, market participants say.  But because of contractual issues and time needed to arrange shipping, the LNG market may need a few more days to complete deals.

Perhaps, if LNG can react fast enough despite this, and at prices which are agreeable to France and Spain, LNG can fulfil the potential to be the flexible supply for gas markets with an import terminal. And be a real global market.