Global base oil prices have surged. Buyers have prioritised supply over price. The strategy reflects a growing awareness that availability is likely to tighten even more before it increases, and some blenders will struggle to secure sufficient supply. The subsequent price surge has driven base oil values relative to diesel to their highest levels in more than a decade.

The speed of the increase has gathered pace in recent weeks on the back of strong Chinese demand.

Firm demand and tight supply in other markets like India and southeast Asia prompted larger-than-usual volumes of bright stock to move to those markets late last year and early this year. Indonesia’s base oil exports to Singapore rose in January to their highest in more than four years.

The diversion of supplies to those markets cut availability for China, which is structurally short of bright stock. The tighter availability triggered a surge in domestic and imported cargo prices into China in a bid to lock in more supplies.

Indonesia moves more cargoes than usual from Cilacap to Singapore 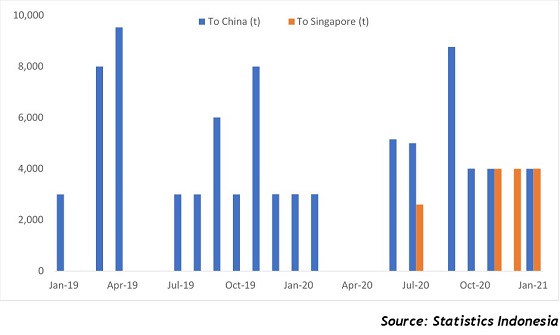 Surplus US supplies had been helping to cover demand in markets like Latin America, Europe and India late last year and early this year. That source of supplies has faced disruption following the unexpected shutdown of several key base oil units in the US Gulf coast from second-half February. The shutdowns coincided with several planned plant closures in the US for maintenance work.

Tighter supply has also triggered a surge in US base oil prices. The higher prices have complicated arbitrage flows to markets like Europe. The US Group II light-grade discount to fca Europe prices has slipped by more than $140/t since the start of this year and by more than $300/t since last June to its narrowest since 2016.

The prospect of a slowdown in US shipments to Europe complicated buyers’ options of using more Group II base oils in place of Group I, whose availability was already unusually tight. 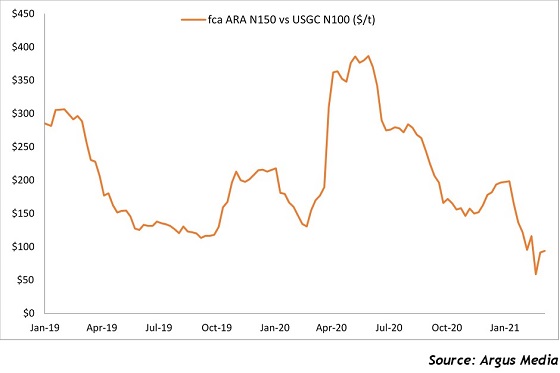 Tight surplus base oil availability in all the key regions has boosted interest in Russian base oil supplies from the Baltic market. Base oil cargo loadings from Baltic ports rose in February to their highest level since late 2019, reflecting the surge in demand for those shipments. The lack of alternative supplies in other regions triggered widespread competition for those supplies. 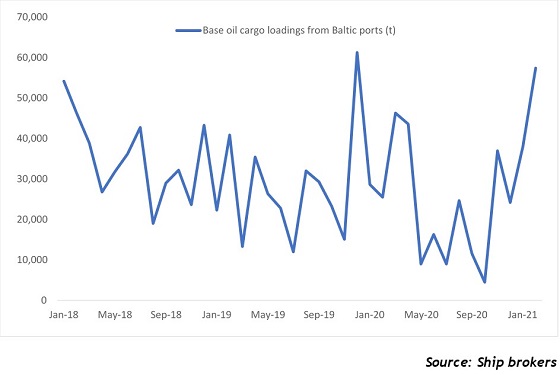 Fob Baltic Group I base oil prices have surged in response to the strong demand. The price surge has closed the arbitrage to Europe. But an open arbitrage to a swathe of other outlets and scant competition from European suppliers more than compensated for their more limited access to the European market. The closed arbitrage tightened further the base oil supply in Europe. 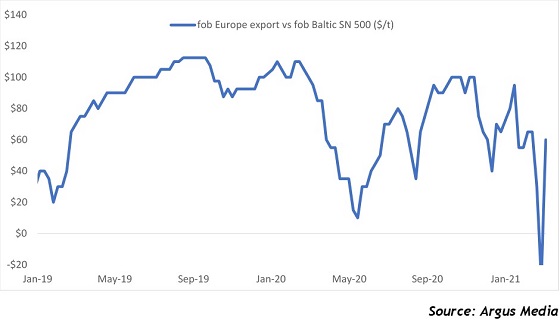