Along with: “Can Qatari LNG tankers use the Suez Canal?”, “How is it impacting the LNG market?”, and “What else do I need to know?”

And my personal favourite: “Can you explain the situation to me in less than 10 seconds?”

Well, I’ll try. But it is fair to say that we don’t have all the answers. And it will definitely take longer than 10 seconds.

“What’s going on with Qatar?”

The restrictions have varied, with Saudi Arabia and UAE banning Qatar vessels from their waters, although the exact details are unclear (more below).

However, Qatari LNG tankers can reach international waters via Iranian waters, so there is zero chance of a blockage of the Strait of Hormuz — the narrow waterway at the mouth of the Mideast Gulf  — to stop exports.

Qatar vessels can still use the Suez Canal, and are still using it, but two have turned away after the spat (more below).

Also, over 60pc of Egypt’s LNG imports are from Qatar.  But unlike Saudi Arabia and UAE, Egypt has not banned Qatari tankers from its ports.  Also, Egypt bought the LNG via intermediaries, and not directly from state-controlled Qatari suppliers.  And we see that Egypt has imported Qatari LNG since the cutting of ties, so business carries on as usual.

“Can Qatari LNG tankers use the Suez Canal?”

Yes. But the concern over a ban still lingers. Suez Canal access is the single biggest concern for all the people I’ve spoken to.

Qatari LNG tankers are still using the Suez Canal.  Empty and loaded vessels have transited the waterway over the last few days.  But not the largest Q-Max tankers.  And when the 266,000m³ Zarga and similarly-sized Al Mafyar tankers turned away from the Suez Canal, my instant messenger burst into life with traders asking me what was going on. UK gas prices spiked.

We asked the Suez Canal Authority (SCA). They told us more than once that there are no restrictions.  Then it turns out the two Q-Maxes are going around the Cape of Good Hope, South Africa, to the UK instead. UK gas prices fell again.

It’s not the first time Qatargas tankers have sailed to Europe via the Cape of Good Hope. Other tankers sometimes decide to avoid Suez too. If the tankers are considered sunk costs (because most of the Qatari fleet are on long-term charter), then the cost of going via Suez compared with via Good Hope is virtually the same at 50¢/mn Btu versus 49¢/mn Btu.

However, LNG tankers get a partial rebate on canal fees from the SCA, which makes it cheaper than going via Good Hope. There is some speculation that these rebates could be reduced or cancelled after the spat.

But the SCA told us anyone can apply for the rebate, without commenting further. Maybe the Qataris are just being cautious…

“How is it impacting the LNG market?”

Qatari tankers are banned from Dubai, which imported at least 13 LNG cargoes last year. So supplier Shell has been swapping cargoes. It sent a US cargo to Dubai instead of a Qatari one, and sent the Qatari one that was supposed to go to Dubai to Kuwait. Sorted.

UAE’s Fujairah port is also where Qatari tankers bunker. The initial port notice said no vessels going to or coming from Qatar will be allowed to enter Fujairah. Qatari tankers are looking to use bunkering ports such as Singapore, Gibraltar, and maybe also Kuwait and Oman. LNG shipbrokers say that Qatar’s LNG fleet can use other ports. “It’s just a matter of logistics,” one said.

But Fujairah issued a new notice yesterday, suggesting that only Qatar-flagged vessels are banned, but other vessels going to or from Qatar will be allowed to call at the port.  The port authority of Fujairah will hold a meeting tomorrow to discuss new regulations.

Overall, Asian LNG buyers have been calm about the situation. “It may take a few months for things to simmer down and Qatar may have to make many concessions before that. But we don't see too much of an impact on the wider LNG market,” one Japanese trader told Argus. This reflects the general mood.

Qatar’s gas exports to UAE and Oman through the Dolphin pipeline continue. Around 2bn ft³/d of gas is sent through the line, and it would be a major escalation if flows stopped.

“What else do I need to know?”

While there have been concerns over the impact on Qatari LNG trade routes and blockages either at Suez or the strait of Hormuz, there has been little actual disruption.

Shell has swapped cargoes. Qatargas has sent some tankers to the UK via Good Hope instead of Suez. But other Qatari tankers are using Suez. Qatar’s LNG fleet can also bunker at different ports instead of Fujairah.

So far so good.  But things can change.  So keep asking us questions, and we’ll try to answer them. 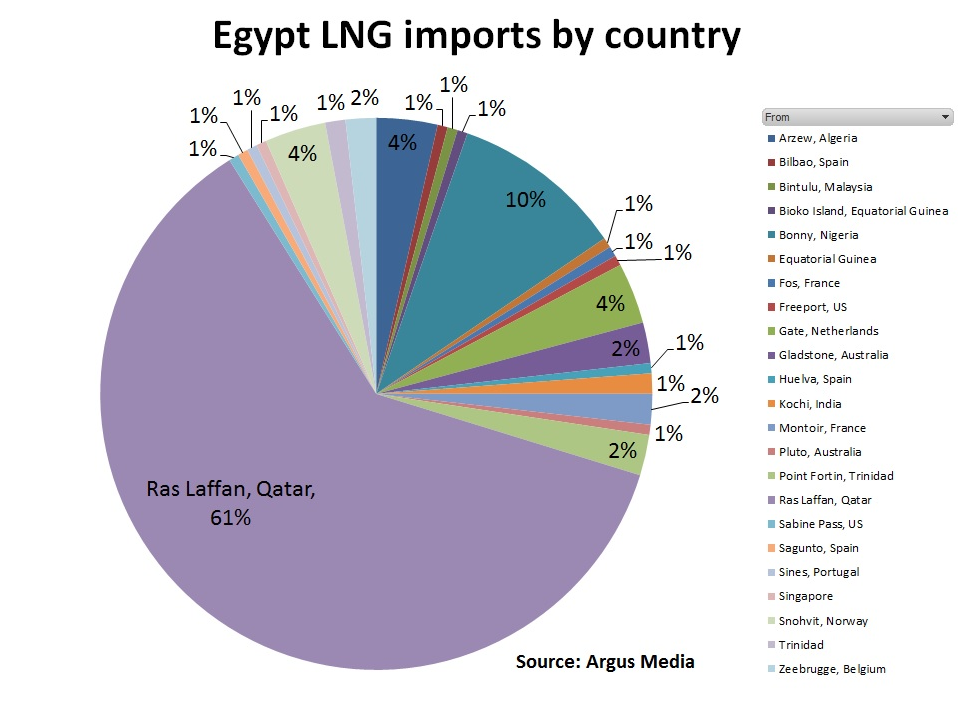