The more divergent price trends reflected a gradual improvement in supply-demand fundamentals for some products in some markets. The Asia-Pacific market is leading that trend. The US market is lagging it.

Recent, ongoing and upcoming plant maintenance in Europe, Russia and Asia-Pacific is keeping supply tight. Availability shows little sign of improving at least until the third quarter of the year.

The fca Europe Group III 4cst premium to domestic Europe SN 150 prices has rebounded to $320/t, from less than $200/t in early April. The premium was at its widest in almost three months. 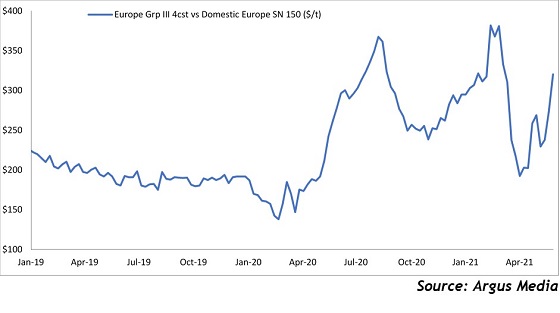 Weak demand and growing price pressure in India have coincided with still-strong demand and high prices in the Europe and Black Sea markets. The trend has prompted the diversion of supplies of SN 500 of Iranian origin to Turkey’s domestic market rather than to India.

The last time Turkey imported more than 50t of base oils from Iran in a single month was in 2019.

The opportunity to move supplies to Turkey arose after cfr Gebze prices for SN 500 rose to almost $1,700/t over the past month. By contrast, prices on a cfr India basis for low-viscosity-index SN 500 fell below $1,200/t by end-May.

The price gap between cfr Gebze and cfr India SN 500 widened to around $500/t by end-May. The price spread more than covered the logistical costs to move supplies to Turkey. The price spread between those two markets is typically less than $50/t. 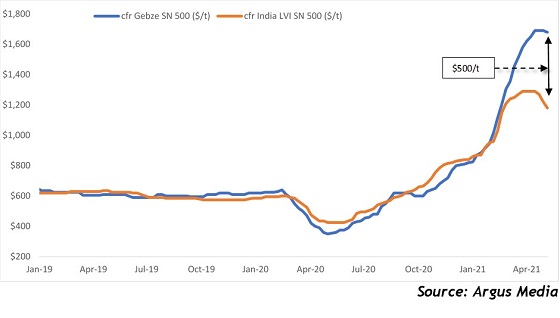 Weaker Asia-Pacific demand and improving availability have also contrasted with tighter-than-usual supply in the US market. US supply has been tighter after a freezing storm in February forced the unplanned shutdown of a raft of base oil production capacity and the extended shutdown of other plants as they carried out repair work.

US base oil and lube supply recovered in March, from its lowest level in more than a decade in February. But output in the first quarter of 2021 remained far below typical levels for the time of year just ahead of a seasonal rise in demand. Output was similar to year-earlier levels, when producers began to cut runs as lockdowns in the US began. Now the US is rebounding. 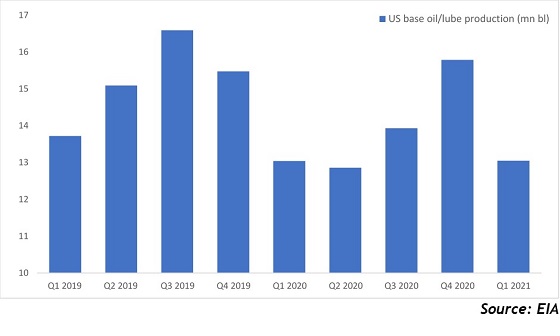 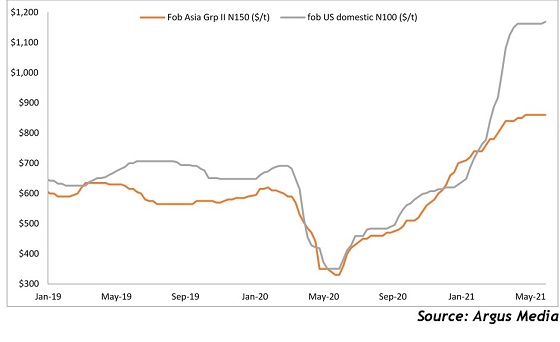 Global base oils market snapshot – Week of 3 May

Global base oil prices have extended their gains to unusually high levels as demand continued to outpace supply. Prices in Asia-Pacific have risen at a slower pace than in Europe and US in recent weeks. The trend has created arbitrage opportunities to move supplies from...

Global base oil prices have extended their strong rise even as crude prices have fallen from recent highs. But the uniformity of the rise in prices in various markets has begun to falter. Supply-demand fundamentals remain strong. But they are starting to change, especia...

Global base oil prices have surged. Buyers have prioritised supply over price. The strategy reflects a growing awareness that availability is likely to tighten even more before it increases, and some blenders will struggle to secure sufficient supply. The subsequent pri...