The use of CCS as a tool to reduce GHG emissions from polluting industrial processed is receiving substantial interest from markets and regulators. There is significant interest in using CCS technology to produce low-carbon blue hydrogen as a relatively cost-effective stepping stone on the path to net zero, while in the short term green hydrogen production is likely to suffer from high production costs as electrolyser technology matures.

There are several potential CCS/carbon capture utilisation and storage (CCUS) pathways available for hydrogen producers. A potential issue that project developers might face is that not all options are likely to be treated equally because of possible stringent regulations and certifications linked to the lifecycle emissions of blue hydrogen and its derivatives. We highlight the main issues below: 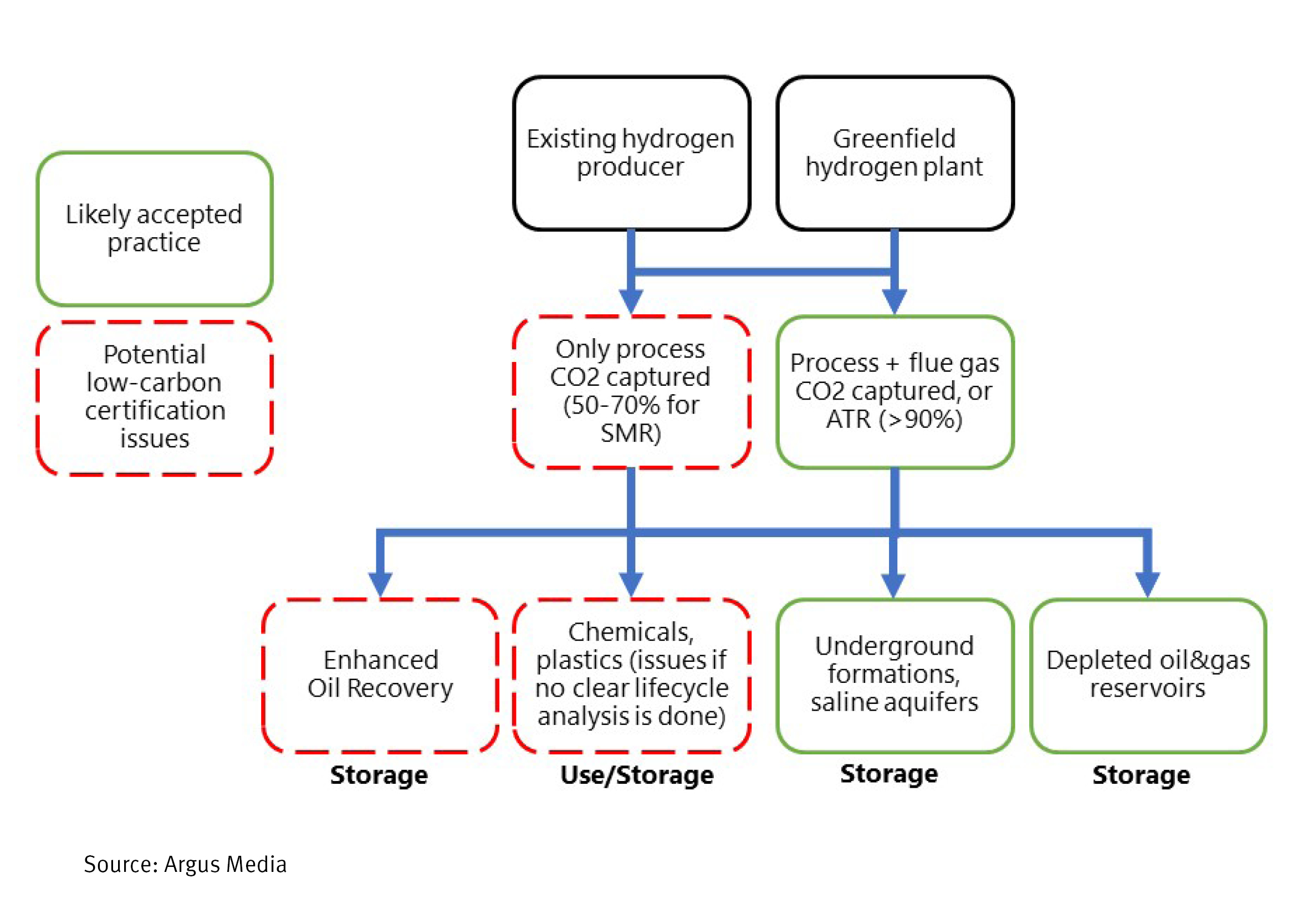 Market acceptance — are clear market divides shaping up for green versus blue hydrogen?

There are signs of a market split between countries that are clearly incentivising blue hydrogen production, and also actively investing in projects, and other locations in which regulators and consumers are taking a more cautious approach. The different approached of the EU and Japan are a good example of this, with the latter being involved in the potential supply chain of blue hydrogen carriers such as ammonia, while Europe is apparently favouring the renewable hydrogen route.

The EU’s Carbon Border Adjustment Mechanism, and therefore its Emissions Trading System, is supposed to have provisions for blue hydrogen, as it is recognised as a needed interim solution to reach the block’s hydrogen ambitions. The new Renewable Energy Directive rules would require 50% of hydrogen consumption in Europe, including for instance SMR feed to ammonia synthesis, to be renewable at member state level. This seems to clearly favour green hydrogen production and consumption in Europe.

But Japanese potential importers appear to have a more neutral and cost-driven approach. Several major Japanese corporations are involved in potentially producing and buying blue hydrogen and derivatives. Most of the recent project activity in the US also seems to be geared towards CCS, which clearly features in the US government’s decarbonisation plans and might receive future substantial incentives. The US Congress is due to discuss an increase of the 45Q tax credit given to CCS projects from the aforementioned $50/t CO2 to $85/t.

Fig 2. Are clear market divides shaping up for green versus blue hydrogen? 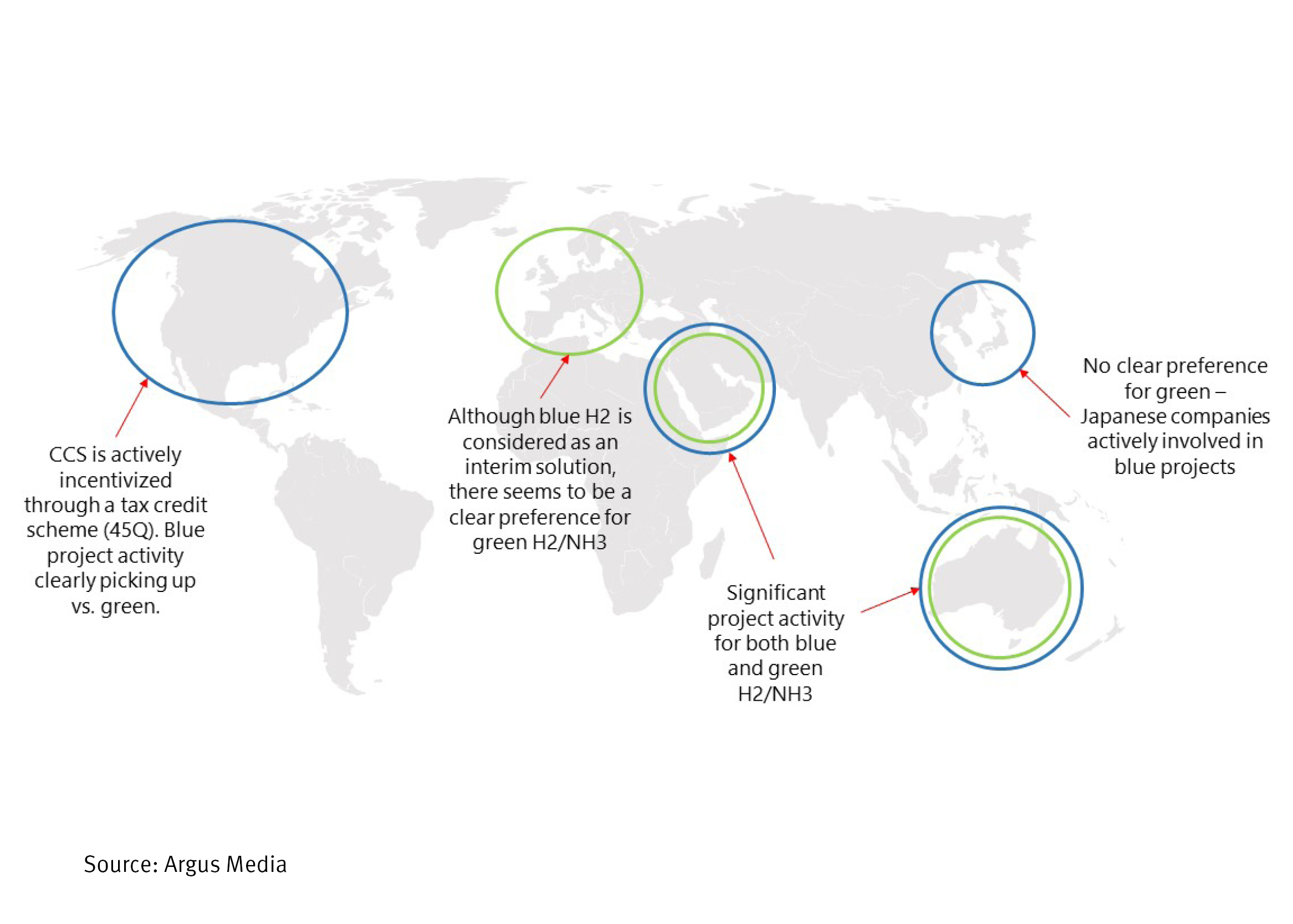 As we near the end of 2021 and look back at the year we’ve seen a relatively strong Covid-19 recovery, supply chain shortages and impending winter energy constraints.

Our latest episode of Metal Movers invites a special guest to talk about the role of technology in driving the automotive industry to a greener future.