This blog looks at gas demand during the cold spell across Europe in the 2017-18 winter. The Argus quarterly market update on 10 April looked at how supply ramped up to cope with the highest consumption in recent years.

Dutch and German gas consumption rose to the highest since at least October 2012 during cold weather in late February-early March, while UK demand was at its highest since mid-December 2010. 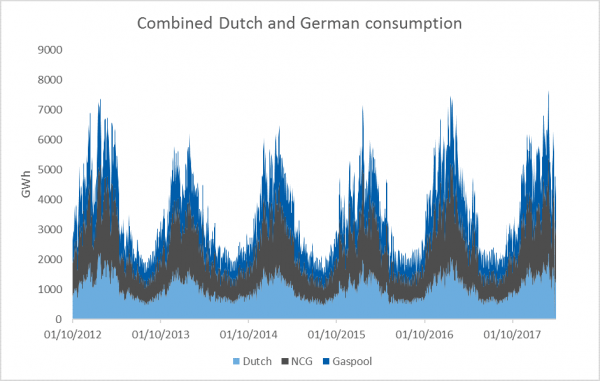 And it was the coldest winter overall since October 2012-March 2013, judging by Dutch heating degree days.

The winter saw some extremely mild periods — including October and much of January — and some of the coldest spells in recent years. This tested northwest Europe’s deliverability, particularly during the coldest days since annual production caps were put in place on the Netherlands’ Groningen field.

The cold spell peaked on 28 February-1 March, which were the third and fourth coldest days since 2000 — only surpassed in February 2012.

Consumption on those days was the highest since at least the start of October 2012, although it was lower than other days during the winter once adjusted for temperature. 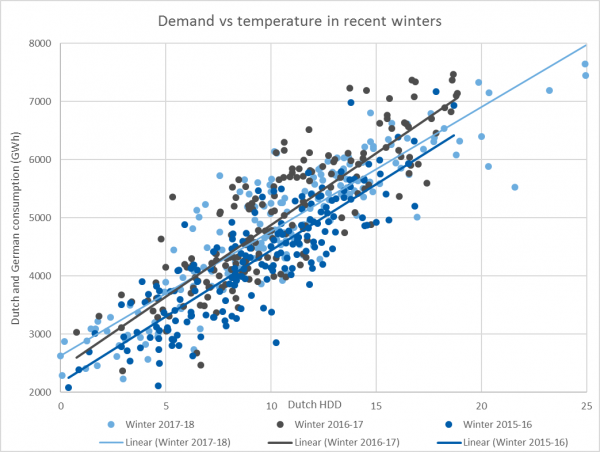 A spike in prompt prices may have encouraged some firms to reduce consumption, although gas demand outside the power sector is typically inelastic.

Part of the difficulty in meeting demand during the cold snap in late February and early March was the result of a sharp rise in UK heating demand. 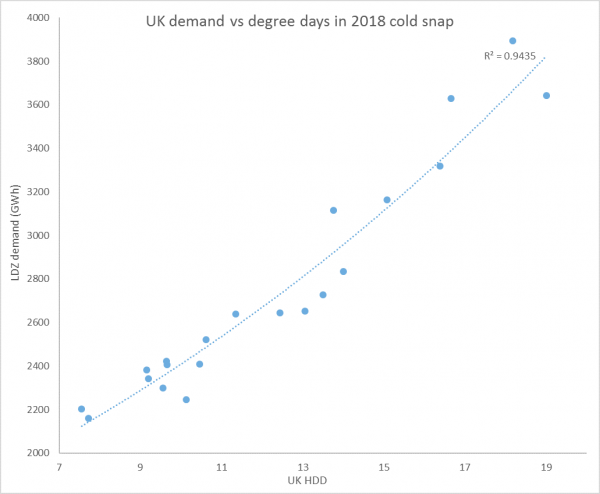 Dutch and German demand on some days was below the trend for the whole winter, but UK local distribution zone (LDZ) demand rose exponentially during the cold spell when plotted against the number of degree days.

Dutch aggregate demand, in contrast, had a much more linear increase. The R² for the UK was higher when plotted exponentially, while the linear value was greater for the Netherlands. 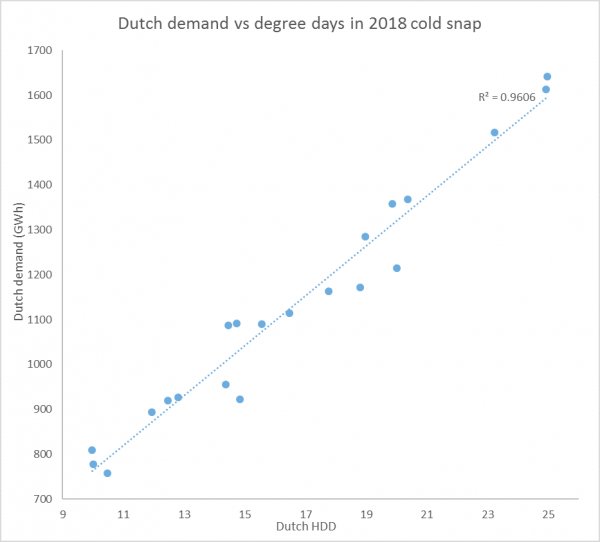 Europe will rarely have to face such similarly cold days and high heating demand. But the decline of Europe’s gas production could still mean more prompt price spikes during periods of below-average temperatures, even if it is not as bitterly cold as it was in late February-early March this year.