Plunging refining margins in Asia have wrought havoc halfway around the world in Angola. “Blood has been spilt,” one trader said.

Sellers of Angola’s crude seemed to be in denial for most of this month, when they asked for the same prices as in May — around $2-2.50/bl above the North Sea Dated benchmark for the country’s high-quality crude.

But regular buyers, most of whom are in Asia-Pacific, have scoffed. China’s demand for crude had dried up, and the buyers were not going to touch those barrels until the prices came down — way down. West Africa’s crude markets became quiet as a standoff endured.

“The buyers are looking for blood,” one trader put it a couple of weeks ago.

Last week, the sellers began to give ground. A cargo of Angola’s Kissanje crude, scheduled to load on to a tanker in July, was available at more than $1/bl less than a few weeks earlier. A couple of days later, Total sought to sell a cargo of Nemba crude — which had recently traded at around $1.30/bl above the benchmark — at 75¢/bl below it.

The trader updated his earlier remarks. “The blood has been spilt.” 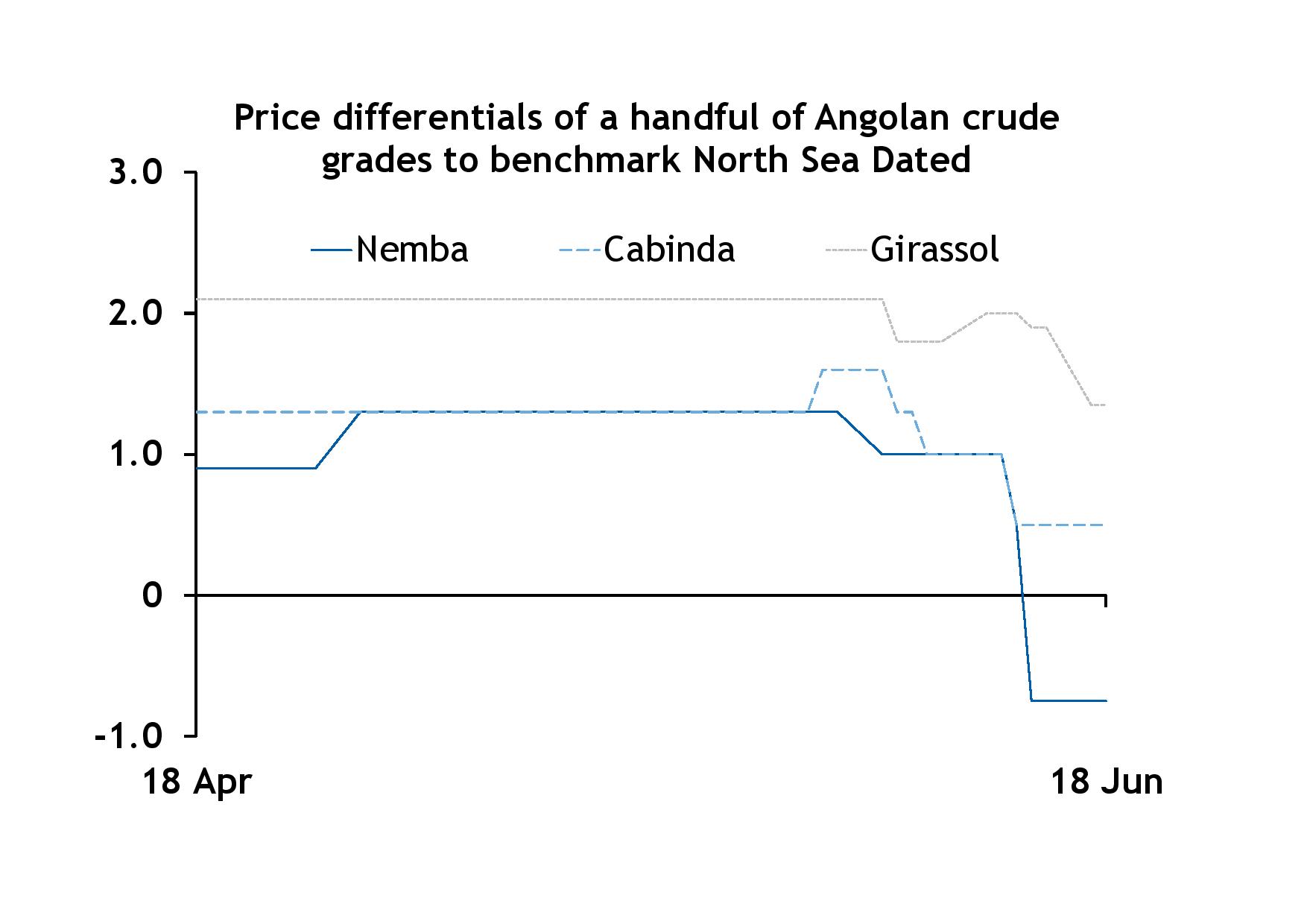 Since the beginning of June, rapidly evaporating Chinese demand has steeply undercut the price premiums of west African crude. The downturn has been most heavily concentrated in Angola, which sends around 75pc of its 1.4mn b/d of exports to China.

Chinese refinery margins are feeling the squeeze because the country is awash with gasoline and other oil products. Margins across Asia-Pacific have fallen to their lowest in years, even forcing some refiners to reduce their run rates. 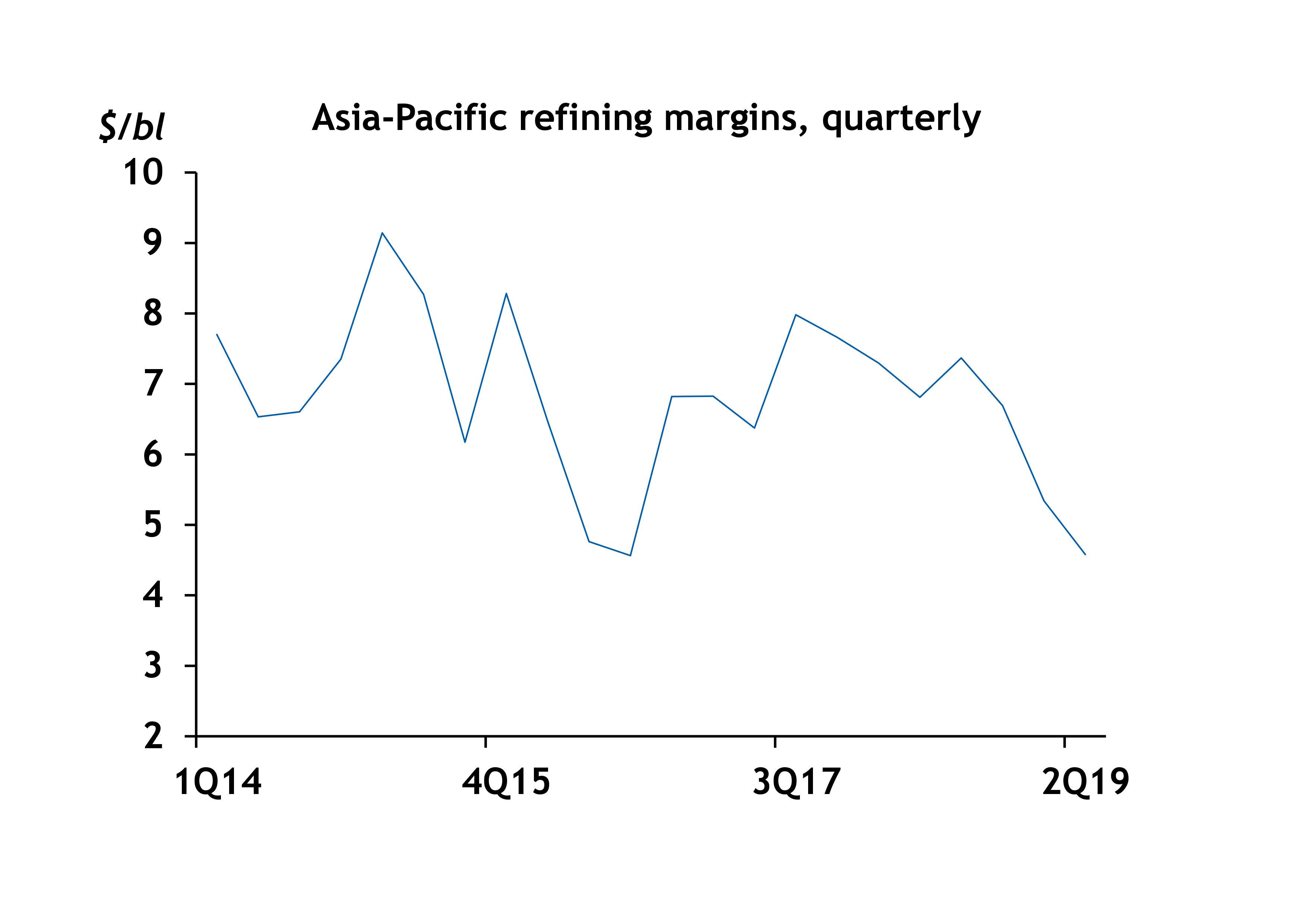 At the same time, in a bid to reduce air pollution, Hebei province — home to 75mn people — this month introduced an ethanol mandate for five cities that will require 10pc of all gasoline to be replaced with ethanol. This will lop off a large portion of gasoline demand.

On top of all that, demand growth is running well below forecasts from just three years ago.

Of course, there is more to the story. Traders point out that the Brent-Dubai EFS spread — which helps determine how attractive it is for buyers in Asia-Pacific to pay for crude to sail all the way from west Africa rather than from the Middle East — is riding at close to a one-year high. And the more painful reality for crude sellers everywhere has been the downturn this month and last in international prices because of concerns over slowing global growth. Still, were it not for the international price crash, the collapse in west Africa differentials may have attracted more attention.

If nothing else, the downtick in differentials is a reminder of Angola’s dependence on China. The IMF also touched on this topic this week, when it called on the west African country to diversify its oil export markets.

Doubtless, Angola can count on sturdy Chinese demand for its exports for years to come, but long-term planners would do well to consider the more far-reaching implications of that dependence. China is rapidly electrifying, and the one thing worse than a China overflowing with gasoline and oil products might be one overrun by electric vehicles.

Traders active in west African markets say that the fundamental drivers of the new attractiveness for west African heavy grades are not about to go away.

IMO 2020: Risks and opportunities to the asphalt markets

In this second of two parts, we asked experts to share their thoughts on the potential risks and opportunities to the asphalt market in the run-up to the IMO's January 1, 2020 implementation date.

Argus editors analyse what to watch for in the crude oil markets as 2019 begins.