The move gained support this month when the Chicago Mercantile Exchange (CME) announced it would launch futures contracts settling on the month average of Argus’ daily published prices for WCS Houston.

The Intercontinental Exchange (ICE) already has futures contracts settling on Argus WCS Houston. This means that the Argus WCS Houston price index is the only physical heavy crude price at the Gulf coast that is hedge-able on both major exchanges.

The rise of Canadian heavy spot trade at the Texas coast is creating strong liquidity and transparency in the Argus physical index for WCS Houston, ensuring that the financial contracts are settling on a robust and representative price each month. 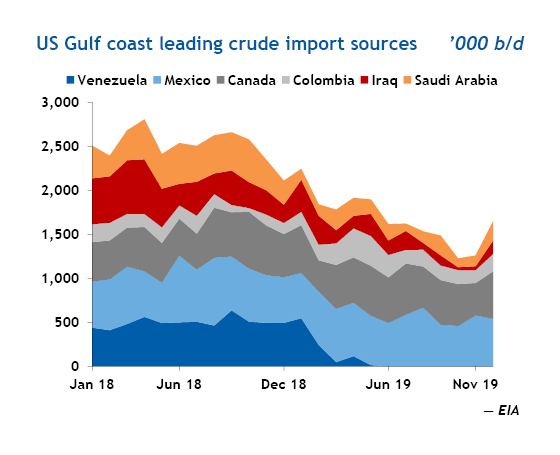 In spite of transport bottlenecks and the curtailment policy in Alberta, the volume of Canadian crude getting to the Gulf coast has risen to the point that Canada was second only to Mexico among foreign sources of crude at the Gulf coast from January to November of 2019.

The arriving volume of Canadian crude at the Gulf coast topped 500,000 b/d in September of last year, beating even Mexico – as well as Iraq, Colombia, and Saudi Arabia. Market observers believe that railed crude from Canada will exceed 400,000 b/d in coming months, and that much of that will come to the Gulf coast, adding to the existing volumes.

Traders familiar with the western Canadian crude markets often question why Argus pools trades of WCS and Cold Lake at Houston, when there is frequently a price difference of 50c/bl or more between the two grades in Edmonton and Hardisty.

The reason is that after traveling more than 1,000 miles in pipelines and often traveling over the same tank bottoms, the quality difference between WCS and Cold Lake grades is minimal.

And at the Gulf coast, where most refiners are “metaled up” to run high-TAN (high acid) crudes, the slight differences in TAN between Cold Lake and WCS have little effect on the price. In fact, WCS and Cold Lake typically trade within 5c/bl of each other at the Gulf coast.

Argus pools trades done at three locations into its WCS Houston assessment. This decision also was supported by long months of trade data showing that trades for WCS or Cold Lake at Enterprise’s ECHO terminal, Energy Transfer’s Nederland terminal and P66’s Beaumont terminal are normally done at very near parity. 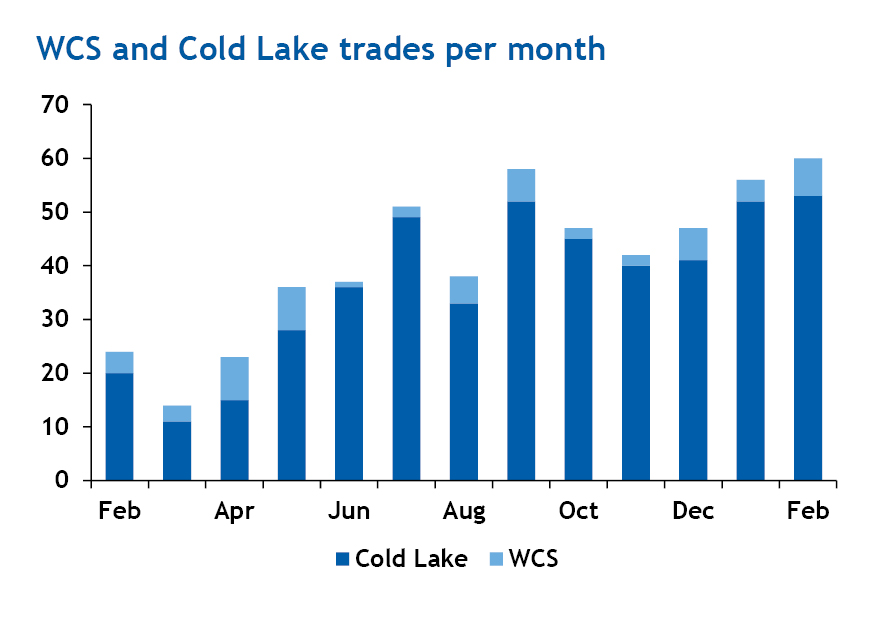 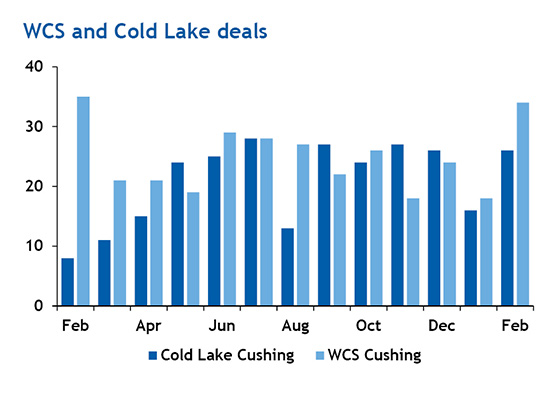 Canadian crude producers and US Gulf refiners could be expected to be the principal users of the new contracts. But traders of Colombian Castilla, Ecuadorean Napo and Oriente, and other heavy grades are already looking to the WCS Houston price index and the financial contracts settling on it as a way to price their barrels and to hedge the transactions.