Covid-19 has caused significant changes to French power plant maintenance schedules, with nuclear unit availability expected to fall below levels seen during the nuclear crisis in late 2016. Could French power prices rise again to the record highs seen four winters ago, offering some support to the European energy complex weakened by the pandemic?

Almost a third of French nuclear capacity came to a halt in late 2016 owing to high carbon concentrations detected in the steam generators of several nuclear units. This, combined with a cold spell across much of France during the period, pushed French wholesale power prices to unprecedented levels, with the month-ahead contract reaching a record high of €133/MWh and offers for week-ahead peak-load hitting €700/MWh. 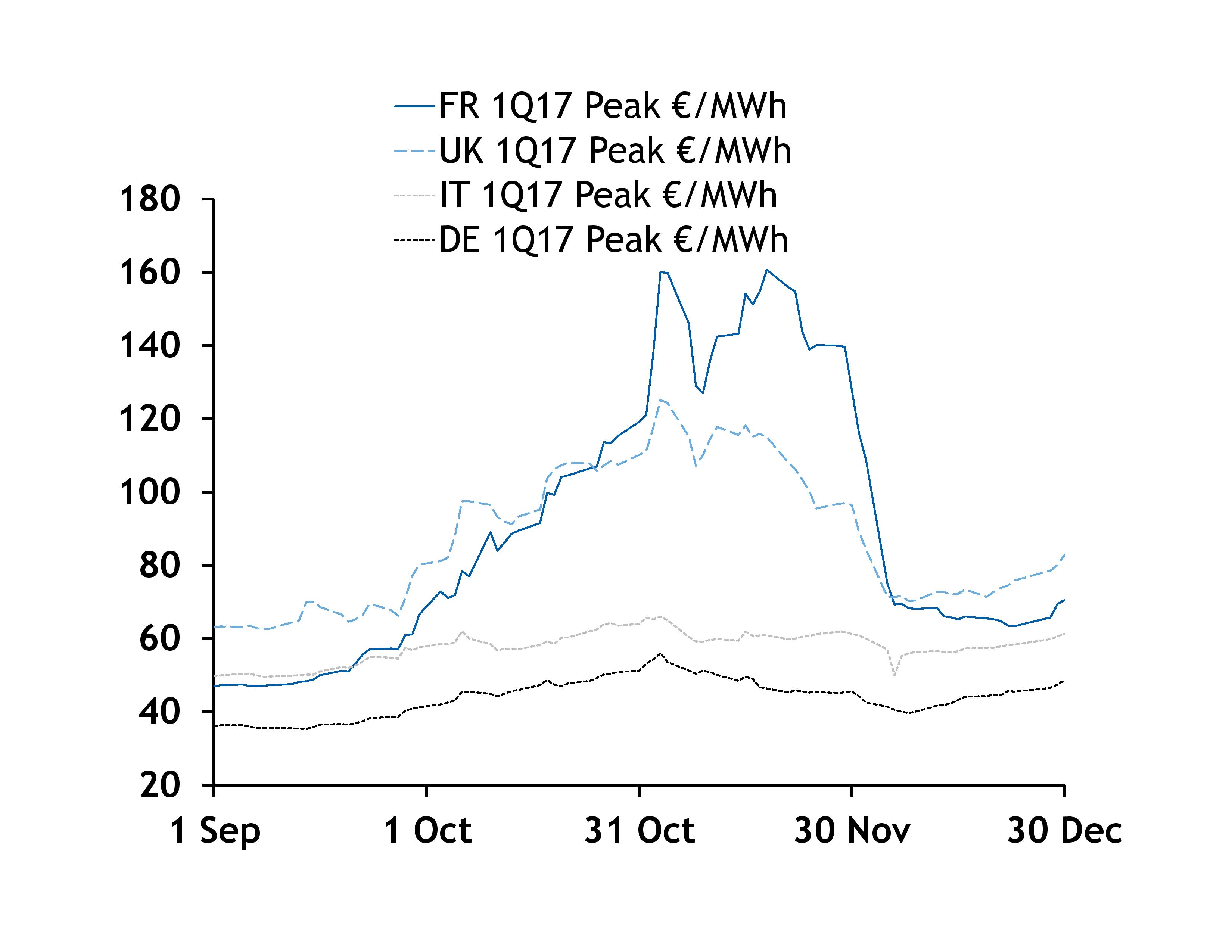 French nuclear capacity is expected to fall to 61.3GW after the Fessenheim unit 2 permanently closes on 30 June. Of this, an average 27.2GW is now scheduled to be off line in July-November, putting nuclear availability on track to be even lower than four years earlier.

While nuclear unavailability is expected to fall gradually to an average of 12.2GW between December 2020 and March 2021, state-controlled utility EdF is expected to reduce output at a number of nuclear units for ‘modulation’ ahead of their planned maintenance in early 2021. This phenomenon occurs when nuclear reactors slow output in response to lower demand while also preserving fuel for future peaks in demand.

French wholesale power prices have already responded, with fourth-quarter base load rising to a premium to other markets in the region. The contract was recently assessed €10-15/MWh above the UK market — which is traditionally the premium market in winter — a level not reached during the nuclear crisis of 2016. Peak load has risen to premiums of €40-50/MWh to neighbouring markets, closer to levels seen four years ago. 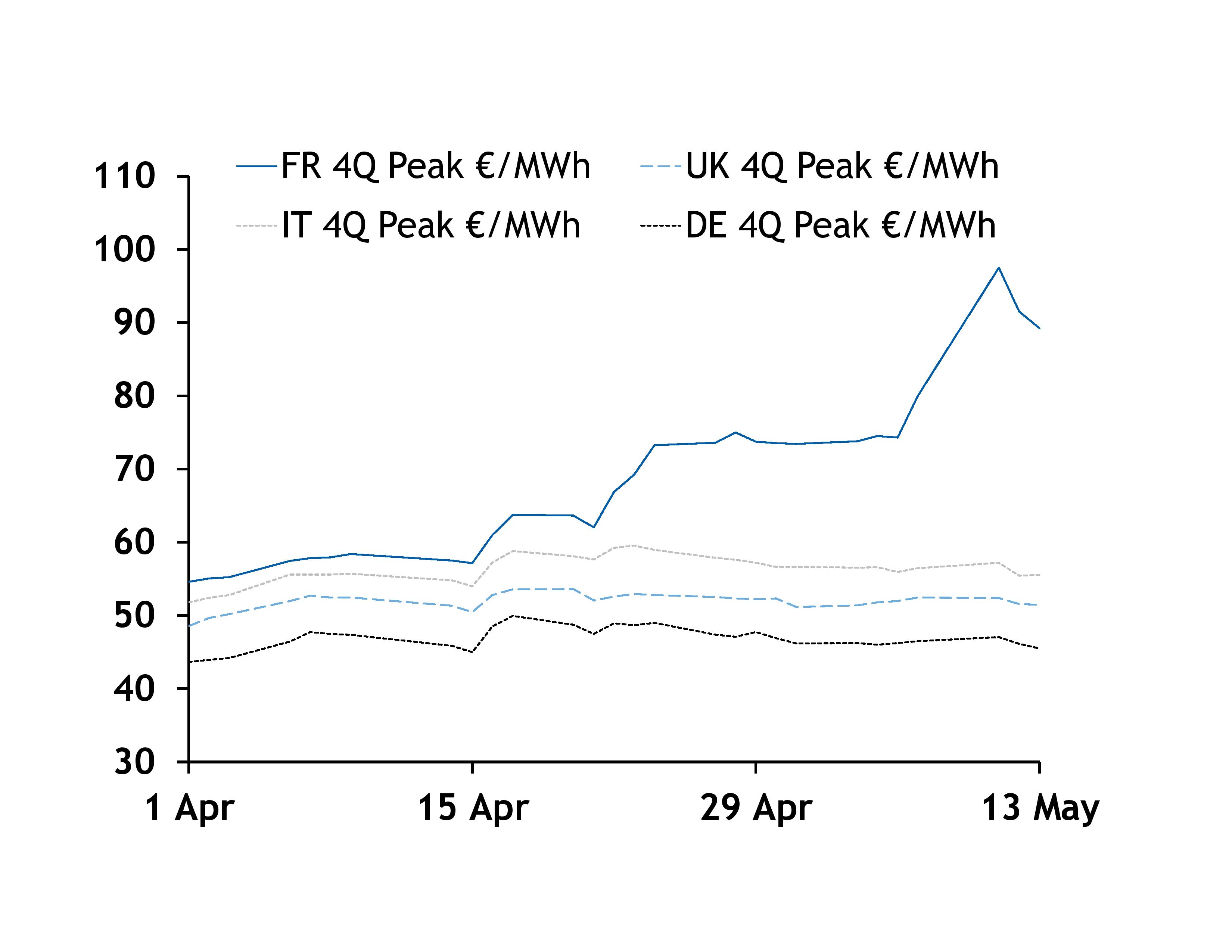 So, with the weaker nuclear outlook and imports limited by the constraints of interconnector capacity, France will need to dig deeper into its costlier fossil fuel-fired generation stack.

French energy trade union CGT already expects operational hours at the Cordemais and Le Havre coal-fired plants between late 2020 and early 2021 to be nearly double historical levels. French coal burn peaked at 2.29GW in January 2017 and has averaged considerably less since then.

Expectations of lower nuclear availability fall in line with EdF’s outlook — the firm forecasts nuclear output at 300TWh this year and 330TWh in 2021, much lower than in the past two decades.

Moreover, French nuclear safety authority ASN last month warned against potential threats to supply security from this summer as a result of longer outages at nuclear reactors that have been delayed from spring to later this year and early 2021. ASN has asked EdF to ensure adequate safety margins — potentially increasing the call for even more thermal output — to prevent a domino effect stemming from repeated delays to maintenance, but also from potential unplanned outages at nuclear plants later this year.

The extent of this looming crisis will be determined by two factors, both of which are impossible to forecast with any degree of certainty.

The first of these is that perennial unknown — the weather. The French power market is more susceptible to changes in temperatures than most other European countries as nearly all households use electricity for heating. Grid operator RTE estimates French power demand goes up by 2.4GW for every 1°C drop in temperature. The 2016-17 winter was one of the coldest France has had in recent history, with average overnight minimum temperatures in Paris holding just above freezing. Cold weather throughout the surrounding region would only exacerbate the situation.

The second is the advent of Covid-19, which has brought about structural changes to our lives in just three months — who knows how we will begin to recover or falter again in the near future. Power demand is highly sensitive to economic growth, and fell to a record low across much of Europe during the financial crisis of 2008-09. RTE said last month that French power demand could fall by 2pc this year, but a more recent study by certification body DNV GL of European power demand shows a more pessimistic regional outlook, with demand falling by 3-6pc this year across the continent.

Despite all the price speculation in winter 2016, monthly spot exchange prices did not deliver at €133/MWh, and weekly exchange prices cleared a lot lower than €700/MWh. Of course, trading is not always about delivery, and speculators may well profit from volatile markets. But regardless of increased volatility and speculation during such uncertain times, Argus will continue to track and monitor forward prices, delivering assessments that accurately represent power market values. 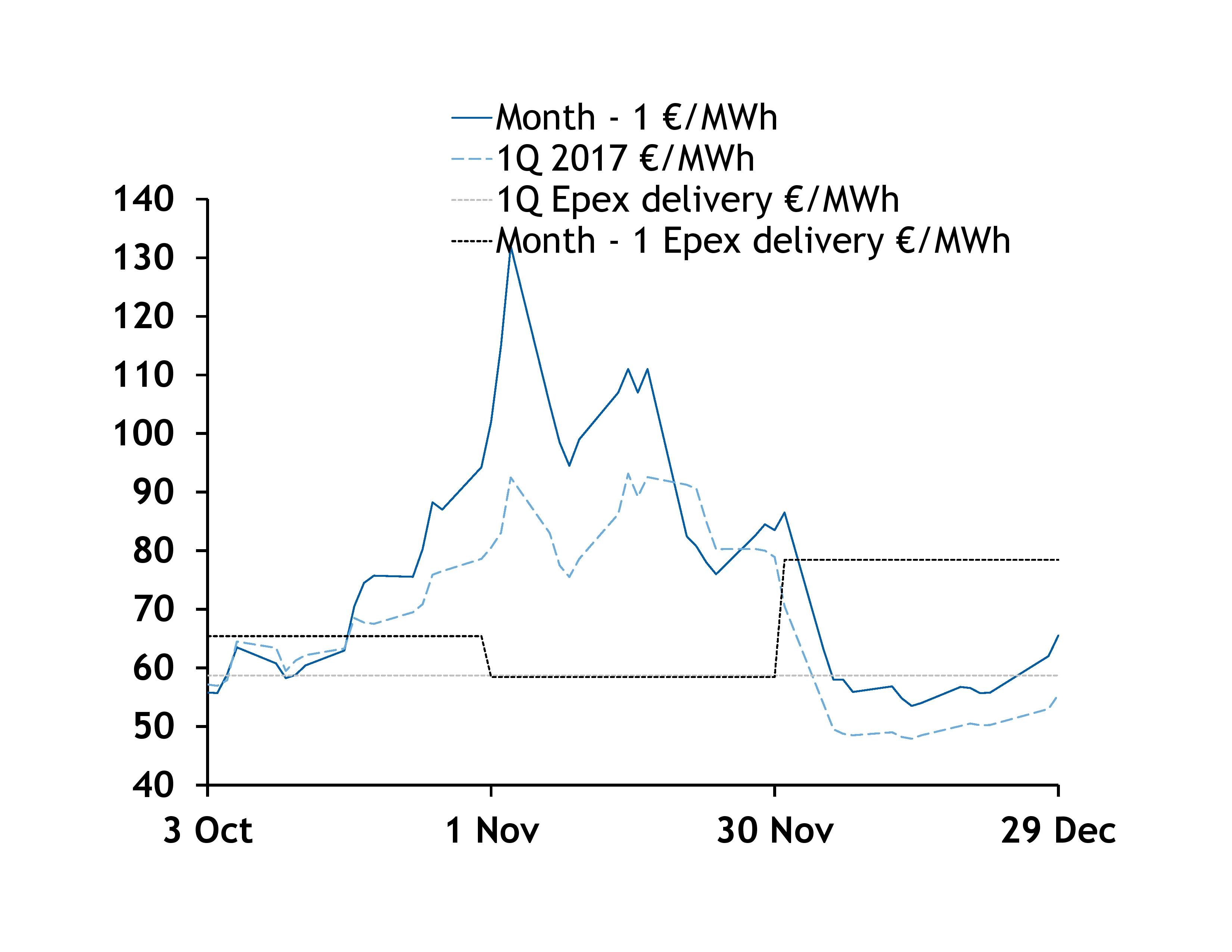 Argus tracks rapidly changing French power plant availability in order to provide subscribers with the most up-to-date outlook. This snapshot shows the stark change in 4Q 2020 nuclear unavailability since 1 April.

(Click here or on image to view larger size.)

Keep on top of the latest developments for the European power markets with our daily service,
Argus European Electricity.