Natural gas producers in the US Appalachia, which boasts the lion’s share of domestic gas supply, were surprisingly upbeat in this quarter’s round of earnings calls, striking an optimistic tone where the rest of the industry cried doom in the wake of an oil price war and Covid-19 containment measures.

Particularly rosy comments came from producers exposed to dry-gas, or gas that contains little to no natural gas liquids (NGLs) content. Oil and NGLs are oversupplied because of the chilling effects on demand from coronavirus-related restrictions. Low prices and full-to-bursting storage capacity in turn forced oil well shut ins.

Nearly all oil-directed wells produce some amount of natural gas, commonly known as associated gas. Those crude shut-ins have reduced associated gas output, helping to alleviate the US gas supply glut that has plagued producers for years. 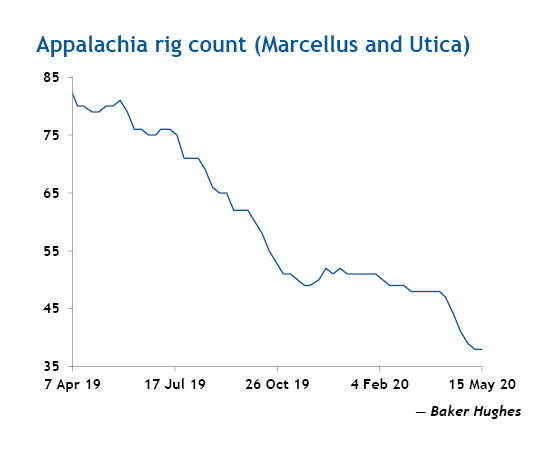 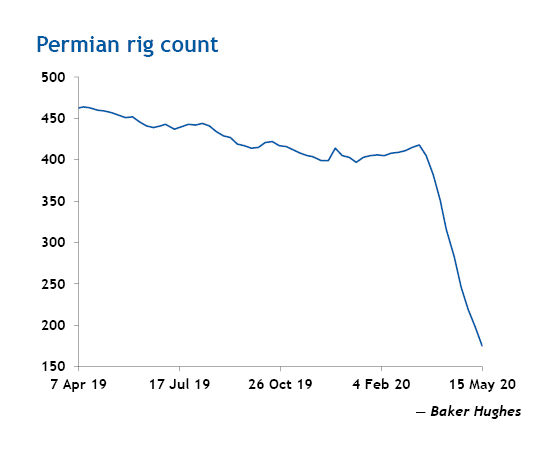 Appalachian independents are focused on producing gas and NGLs, with crude comprising a small fraction of output. Areas like northeast Pennsylvania largely produce dry-gas, while southwestern Pennsylvania, Ohio and West Virginia contain NGLs. Producer EQT's output is almost all dry-gas, while others like Antero and Range Resources are more liquids-exposed.

But despite an optimistic view of long-term fundamentals, recently low gas prices led EQT, the largest US gas producer by volume, to curtail around a third of its production in mid-May. Natural gas indexes in Appalachia last month averaged $1.44/mmBtu, down by 36pc from a year earlier. Gas prices had already declined through 2019 on high production, while the pandemic knocked out much of their remaining support.

Producers can cut costs in a variety of ways, one of the most popular being the paring of rig counts — or the number of rigs actively drilling for oil or gas — and dipping into inventories of drilled but uncompleted (DUC) wells. These wells are drilled but still require additional steps to begin production. 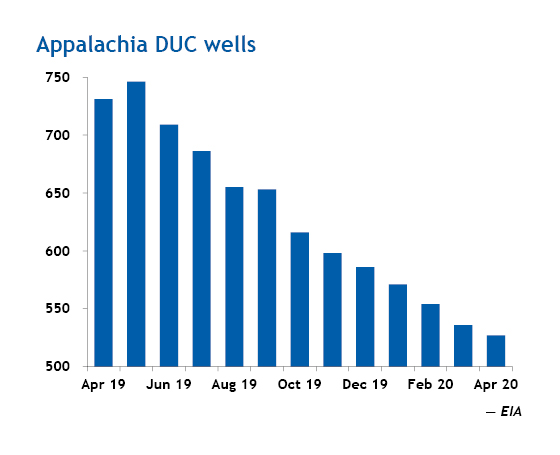 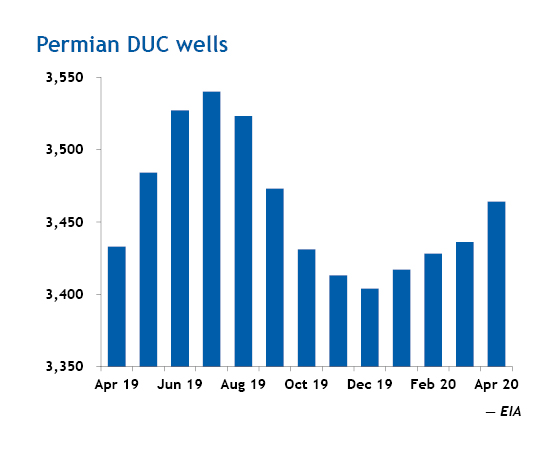 While producers in both the Permian basin in Texas and New Mexico and Appalachia have significantly pared rig counts to save money, the number of DUC wells rose marginally in the Permian in April while falling drastically in Appalachia. That highlights the fact that oil producers are cutting costs and production, while gas producers are trying to pare expenses while seeking to keep output relatively steady in the hopes of supply tightness.

All eyes on Permian

As US crude prices breach $50/bl, all eyes are on the Permian basin, the Texas/New Mexico oil field that is most likely to lead a step up in drilling activity. The Permian is the playground for some of the most resilient US shale operators, such as Pioneer Resources and...