US crude shippers have their targets set on Europe, where refiners are still trying to phase out Russian oil supply and were forced to supplement tighter supplies from elsewhere with alternatives from the Americas.

Uncertainty surrounding crude supply to Europe pushed waterborne US crude prices higher, though arbitrage conditions were volatile as freight rates out of the US Gulf coast moved to their highest since January 2020 at around $6/bl for Aframax-sized WTI cargoes destined for Europe.

Light sweet US crude cargoes were initially supported by Libyan force majeures, uncertainty surrounding exports from Russia’s CPC terminal and an ongoing drive in Europe to replace Russian oil supply amid the conflict in Ukraine. But spot prices made a downward correction in the final leg of the month after Libyan state-owned NOC said it would resume crude exports from four terminals by 21 July, ending weeks of blockades that have nearly halved the country's oil production. 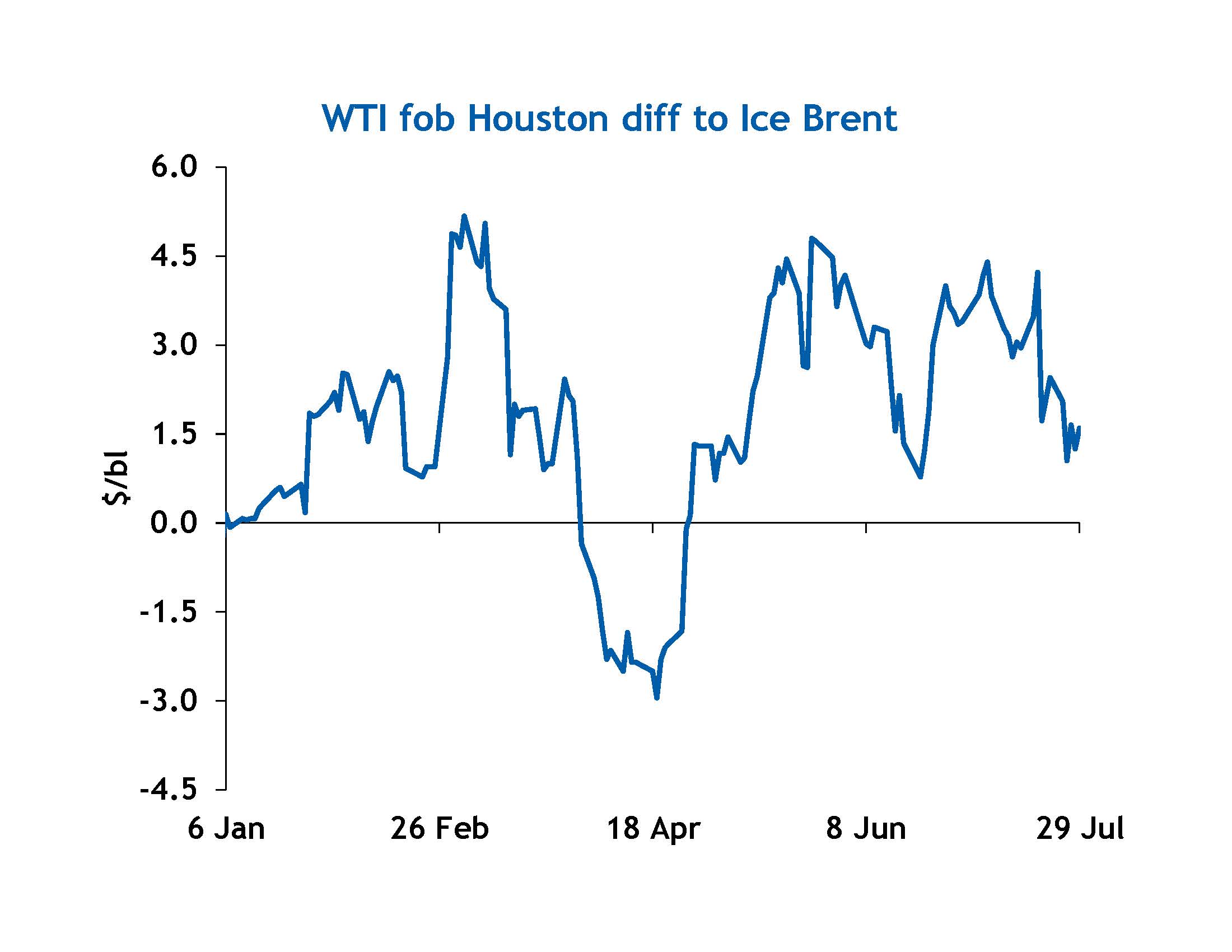 European demand pushed exports to a year-to-date high in May, according to the latest available monthly statistics by the US Census Bureau. Total exports rose by 6pc from April to 3.4mn b/d, reflecting a 22pc increase compared to May 2021.

Total US crude flows to Europe rose by 3.6pc on the month to 1.65mn b/d, up by more than 70pc year-on-year to comprise 47.9pc of total exports in May. Volume shipped to Asia-Pacific destinations comprised just 38.9pc of exports in May, while combined exports to Canada, Latin America and the Caribbean represented 12.7pc of total shipments.

Opec+ delegates will meet this week to discuss future output policies from September forward, after recently unwinding the last of nearly 10mn b/d in forced production curtailments that were imposed in May 2020.

Some countries are calling for additional supply to help combat high energy prices worldwide, with benchmarks still circling the $100/bl mark, but there has been little success thus far in obtaining a concrete commitment from Mideast Gulf producers to boost output.

Any decision could have knock-on impacts to US crude exports, which could either be displaced by increasing global supplies, or could draw further price support by acting as an alternative to both Mideast Gulf crude and Russian oil supplies.

Argus is watching, as always, how markets will play out amid ongoing geopolitical tensions and a pending recovery from the worst of the Covid-19 pandemic. Come back again next month for an update on the role of US crude exports in volatile global markets. Until then, smooth sailing.

The shunning of Russian Urals in Europe’s spot crude oil market has left a hole in supply, and also in price identification. To fill the gap, we have launched Argus Brent Sour – a new index that will help sellers and buyers agree price levels for heavier sourer grades.

The US Crude Export Chronicles: June 2022

US crude prices were volatile in June on the back of additional supply from the SPR and an upcoming hike to Opec+ production quotas, while Europe sought alternative supplies to Russia and Libya.