Dry bulker rates could come under pressure globally as very few grain cargoes have left Ukraine so far this quarter. The third quarter is typically when Ukrainian grain reenters the global market. But for the third quarter of 2022, only a handful of vessels have made it out of Ukrainian seaports. The recently-implemented humanitarian corridor that made this possible is tenuous and will need to be renegotiated in November. Confidence in the corridor as a resurgent source of demand is understandably low for shipowners.

The dearth in tonnage utilization in the region may lead to an oversupply of vessels that pressures global dry bulker rates, but shipowners are quick to point out that replacements for now-inaccessible commodities from distant, alternative sources are likely to boost rates overall.

According to data produced by ViaMar AS, data analytics firm VesselsValue projects that global dry bulk ton-mile growth in 2022 will be 4.2pc overall. However, a boost to rates has not necessarily followed.

The increase in Capesize coal cargoes moving into Europe from Australia — an early example of a longer voyage replacing previously shorter routes following geopolitical turmoil — likely contributes to that ton-mile demand growth figure. This revitalized backhaul, along with rising Capesize demand for carrying coal from Indonesia to India, helped counteract a sustained lack of iron ore cargoes to drive a Capesize rate rebound in May. 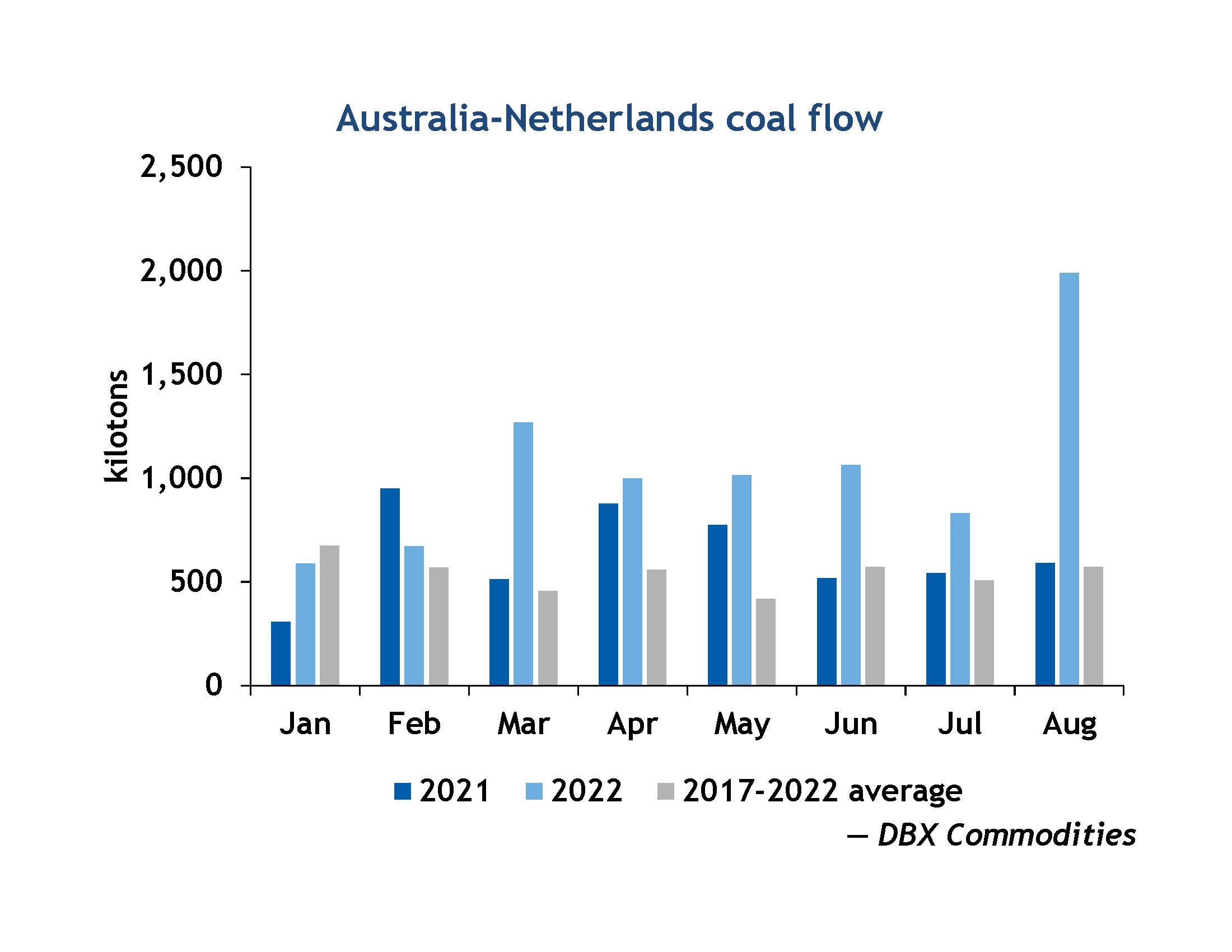 Despite the uptick in activity on these longer routes for Capesize bulkers, rates for the larger bulker have dropped considerably since hitting year-to-date highs in late July after the spike in bunker prices in March began to recede.

One reason for this lack of demand despite rising coal flow into Europe from Atlantic sources like the US, Colombia, South Africa and Canada, is these increases are coming at the expense of other destinations. 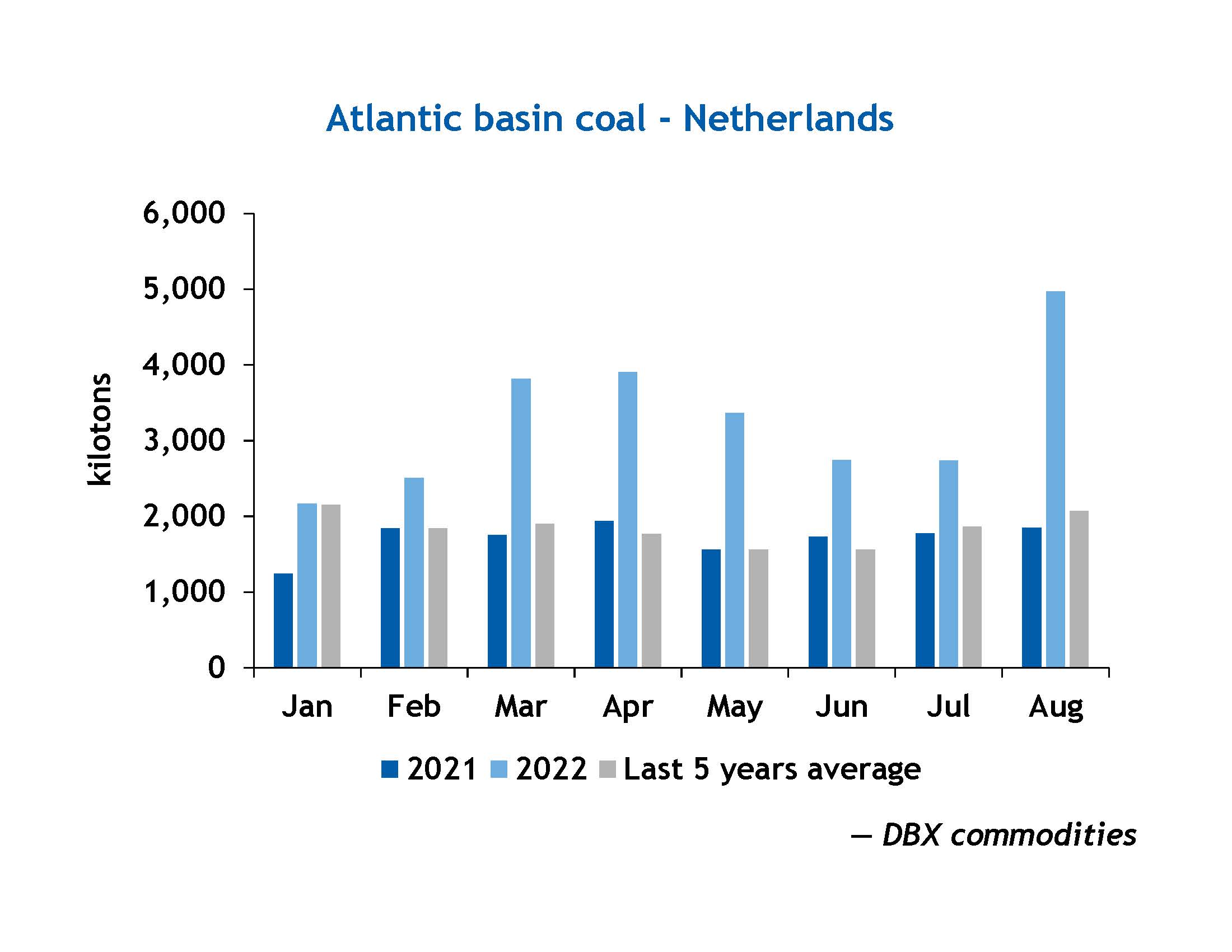 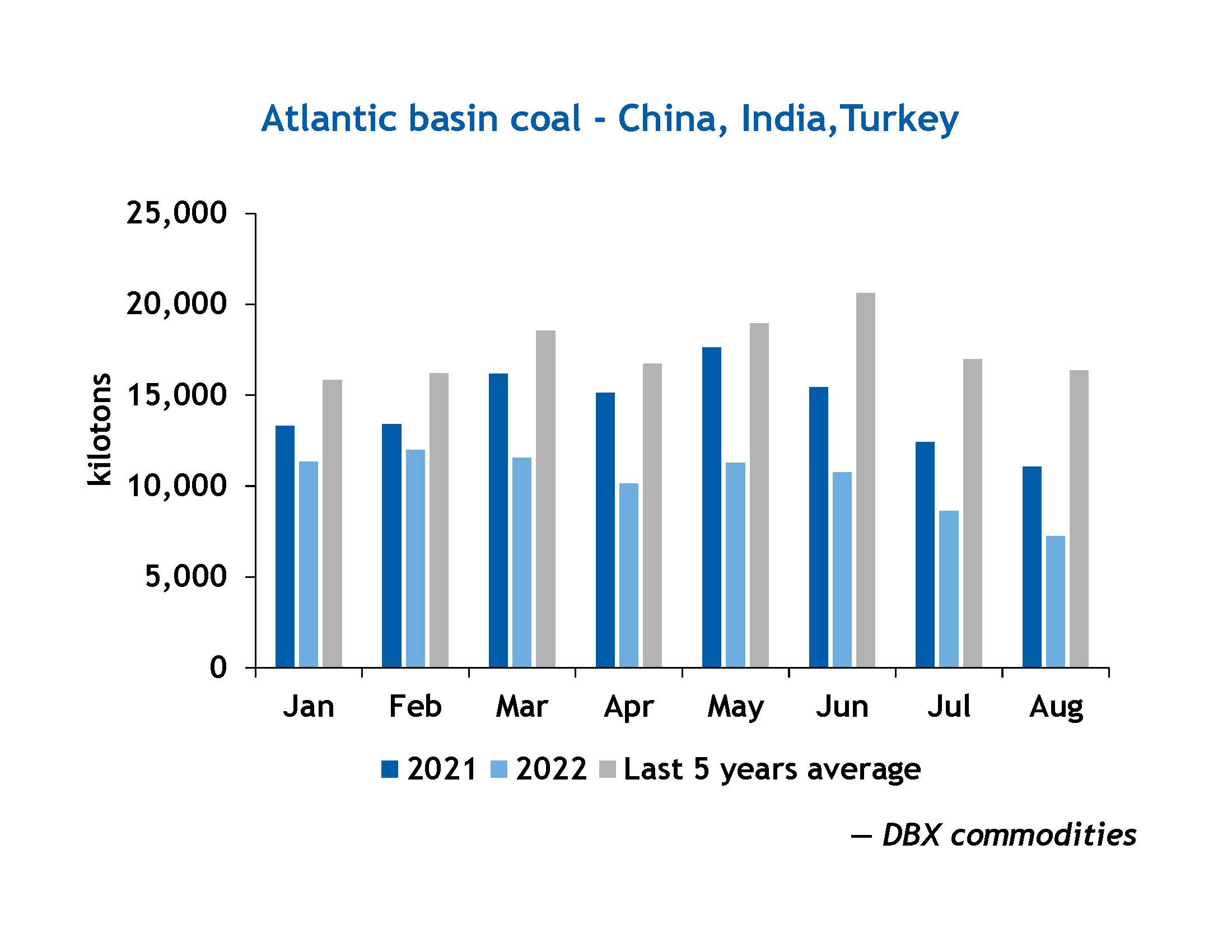 Countries like China, India, and Turkey are taking significantly less coal from Atlantic basin sources following the geopolitical turmoil surrounding the conflict in Ukraine, likely replacing many longer Capesize routes in the process with shorter voyages from close neighbors, and in many cases replacing Capesize bulkers altogether with the smaller Panamax vessels.

The overall weakness of Capesize bulkers as a result contributed to the much smaller Supramax and Handysize bulkers outperforming their larger cousins for most of the year. Strong markets for South American grain, Mediterranean scrap and clinker, and coal and petroleum coke from the US Gulf have fueled the “geared” segment (Handysize-Ultramax vessels with their own cranes for loading/unloading. 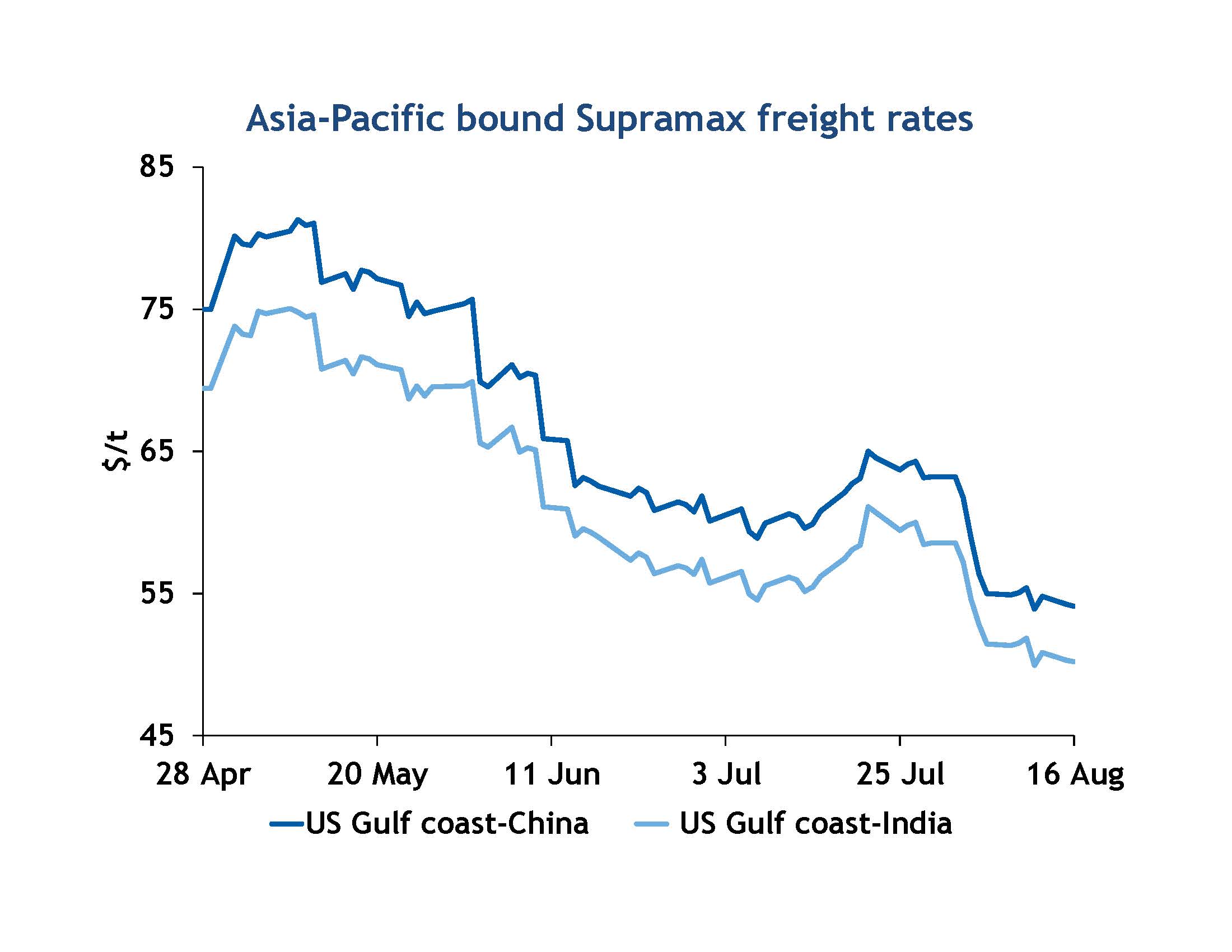 Geared vessels have a wide net to cast in finding cargoes, and some of the more interesting opportunities following shifts in global trade routes concern the minor bulks they carry. Long-haul routes that are seeing higher liquidity include: Japanese, Indian, and Vietnamese steel to Europe; Brazilian and Indian pig iron to Europe; US, Indian wheat to North Africa; as well as bauxite exports from Indonesia, which have been considerably higher this year than the previous five.

Whether the increased ton-mileage on these routes will support rates for geared bulkers remains to be seen, however, especially considering the lower vessel employment out of the Black Sea as Ukrainian grains continue to move at a trickle in their traditionally busy season. South American exports of grain have proven to be strong trade drivers in the Atlantic basin. Increases in grain production and yield this year have contributed to stronger exports in the wake of Ukrainian seaport closures, and geared bulkers will need to compete with Panamax bulkers for many of these cargoes. If iron ore demand remains weak, even Capesize bulkers are liable to go after Panamax-sized cargoes, as they did earlier this year when demand for Panamax bulkers in the region rose above that of Capesize.

That is to say, even if South American grains represent a ton-mile demand increase into places like North Africa and the Middle East, the lack of vessel employment in the Black Sea because of the war may create an oversupply of geared, Panamax, and Capesize bulkers, serving to counteract the upward pressure on rates from the ton-mile demand increase.

Furthermore, upticks in South American grain production and exports, which some shipowners have touted to be a boon for ton-mile demand, actually may have a neutral effect on it. According to shipbroker BRS, Chinese corn demand will shift towards Brazilian cargoes following a new protocol and trade agreement between the countries beginning in 2023. The route, while longer than Ukraine-China journeys, could replace some US grain routes to China, further diminishing any increase to ton-mile demand.

Projections for ton-mile demand growth in 2022 are positive overall for dry bulkers, and shipowners have been quick to reassure investors that this growth will provide higher rates for their fleet. This effect has not yet been seen on the market, however. A clearer picture of the “new normal” in terms of demand and sourcing within the market should be forthcoming as shifting global trade routes begin to settle following the geopolitical turmoil.

Weight of Freight: Weighing the past to understand the future - Volatility in east of Suez clean tanker freight rates

In today’s tumultuous markets, freight rates and oil product prices have been unpredictable. Will this volatility continue? What are the main correlations between the two markets?