The European methanol industry has evolved in recent years. Historically, it has used a quarterly contract price, but participants are now interested in new pricing methods, like the Argus European Monthly Methanol Contract Price.

The new Argus European Monthly Methanol Contract Price allows participation from producers and consumers across Europe with exposure to a variety of downstream applications. It provides the industry with the opportunity to react quickly to market volatility — and there has been unprecedented volatility in the methanol industry in the past two years.

According to the Argus Methanol Analytics service, methanol into fuel applications combined with methanol to olefins (MTO) accounts for 51pc of global methanol demand. This establishes a price relationship between methanol and crude oil. The fastest growing end use segment in Europe is in fuel applications, which is forecast to grow at 25.8pc annually in 2021-25. Fuel applications are increasingly important to the European methanol industry. A monthly methanol contract price allows the methanol industry to react faster to the volatility in markets linked to oil, whereas contract prices are agreed each quarter, and forward visibility might not be as clear. 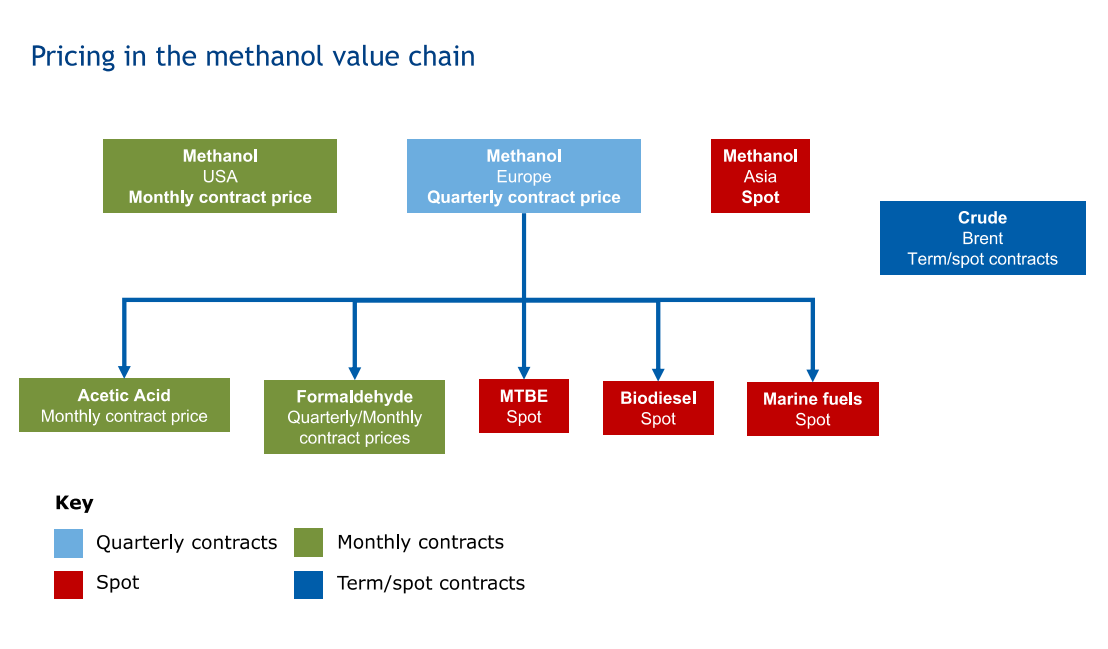 Hedging is a vital aspect of procurement risk management strategy, particularly for applications where pricing is linked to crude. A monthly contract price presents the European methanol industry with the opportunity to hedge. A combination of monthly contract and spot pricing brings a balance of risk during periods of volatility.

The European methanol spot price is able to respond to market volatility. However, spot transactions only represent a limited portion of European business — an estimated 10pc of the total. As the spot price moves with the market, it can disconnect from the quarterly European contract price, leading to significant deltas. A monthly contract price brings some of the benefits of price stability, but also the flexibility to react earlier than a quarterly price to changing dynamics. 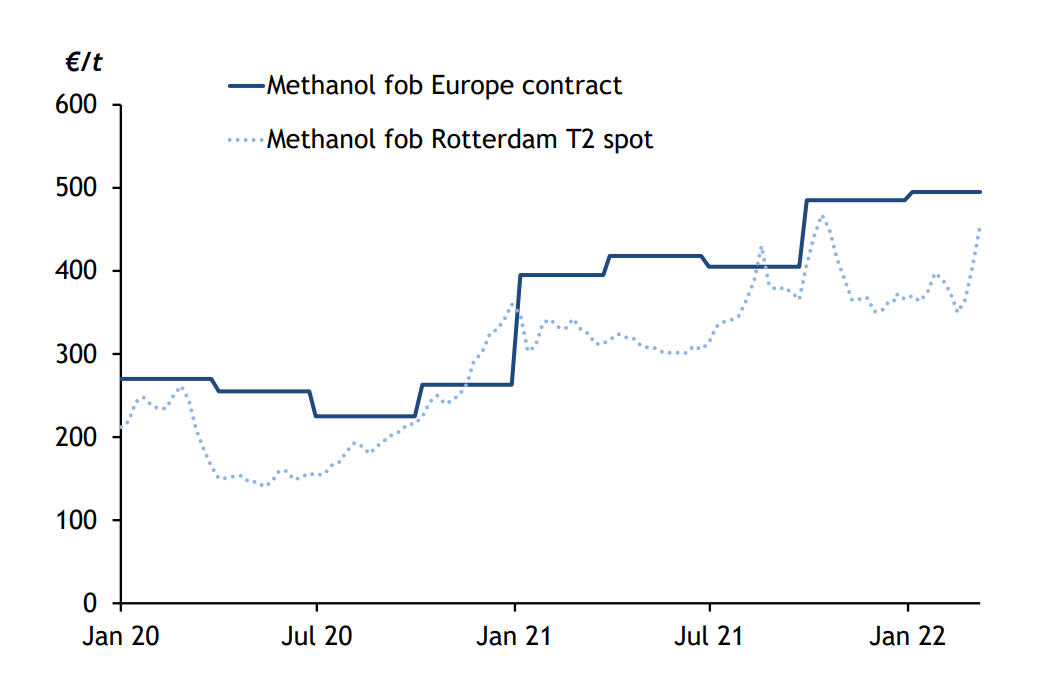 Methanol Europe vs US chart 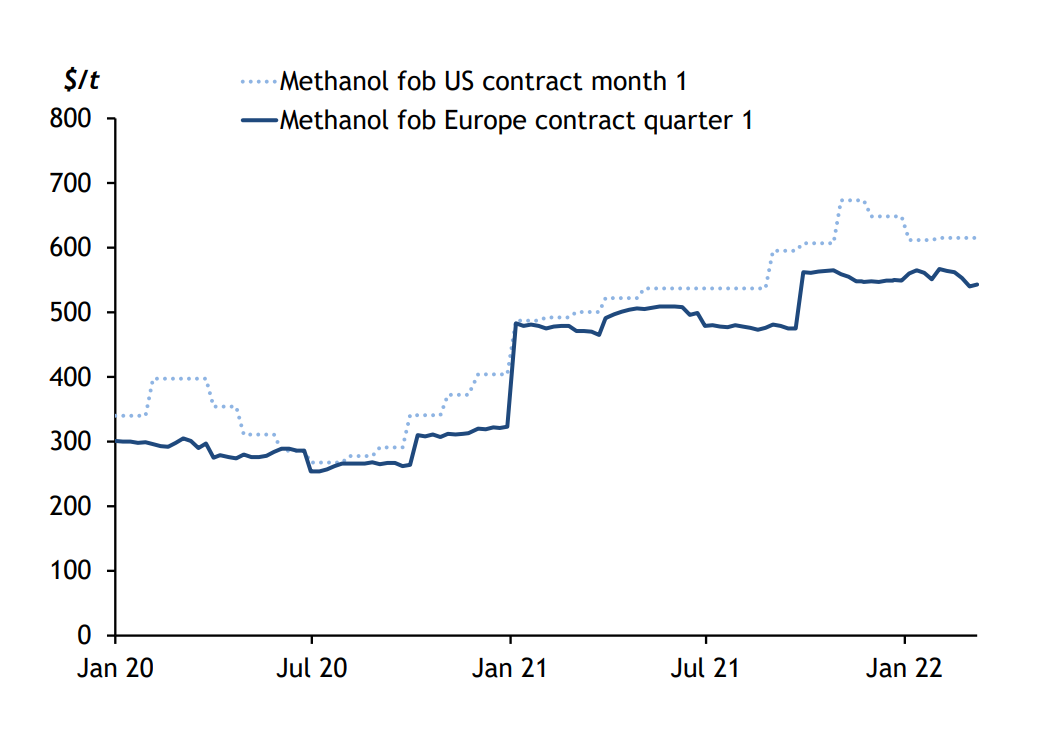 Other chemicals have undergone the transition from a quarterly to monthly contract price. Previously, European ethylene, propylene and benzene were all priced on quarterly contracts. The European ethylene and propylene markets transitioned to monthly contract prices in January 2009 in the wake of the global financial crisis. This brought flexibility following a period of significant market volatility.

The Argus European Monthly Methanol Contract Price methodology can be viewed here. A robust, transparent methodology is vital for a price to succeed. The Argus European Monthly Methanol Contract Price will be priced on a €/t fob T2 Rotterdam basis, prior to discounts, based on IMPCA specification methanol. The price is for the forward month and will be the average price of reported settlements. In the absence of settlements, or when Argus concludes that a transaction-based methodology will not produce representative prices, Argus will publish an assessment based on other market information. The assessment will be published on Argus Direct on the second-to-last working day of the month (London, UK) and in the first Argus Methanol report on or after that date. Argus will continue to publish a European quarterly contract price for methanol.

The Argus European Monthly Methanol Contract Price provides the methanol industry with a new price that represents the region and industry, and is able to react swiftly to market volatility.