The Chinese government’s plan to increase the export quota, releasing a massive 14.4mn t of refined products as part of a fifth batch of export quotas, has created a lot of turmoil in the Asia-Pacific market in September. Beijing is also looking to stimulate its economy, with increasing export quotas expected to serve that purpose.

This development would indicate a marked shift in the country's refined products export policy, augmenting world supplies and adding pressure on fuel prices. Beijing has been previously limiting exports to ensure uninterrupted supply in the country in light of the Russia-Ukraine conflict. The country is also staring at an economic slowdown as local firms deal with stringent Covid-19 restrictions as well as an unexpected heatwave. 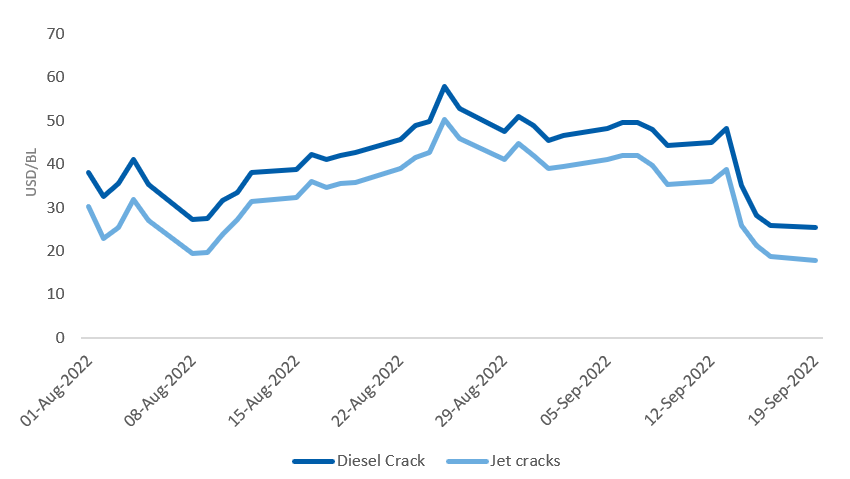 The effect of this move is apparent in the sharp fall in diesel and jet fuel cracks, which slumped to $25.45/bl and $17.7/bl, respectively, by 19 September. In comparison, the average diesel and jet fuel crack values were at $40.95/bl and $33.58/bl in August. During the same time-period, gasoline cracks also witnessed a sharp drop. More importantly, the pace at which diesel and jet fuel cracks has dropped showcases China’s impact as a swing supplier on other Asia-Pacific markets. Other factors such as deferring of gasoline purchases 1.5mn bl originally due for September delivery to October by Indonesia, one of Asia’s largest gasoline consumers, also exacerbated the market problem.

Though the volume of refined products export quota falls short of the original amount demanded by refiners, it could still potentially raise operating rates of Chinese refiners and raise aromatics supplies within the country. With more supply of refined products in the region, more reformate could go instead to aromatics production in the short term.

Though many Asia-Pacific traders had established long positions on the bullish sentiment present in the gasoline market, this development of China increasing its export quota prompted them to sell their positions in a hurry. It is possible the additional aromatics production can lead to more exports from the country. However, the potential petchem exports out of China would depend on whether there will be a demand pick-up after the Chinese Communist Party meeting next month. 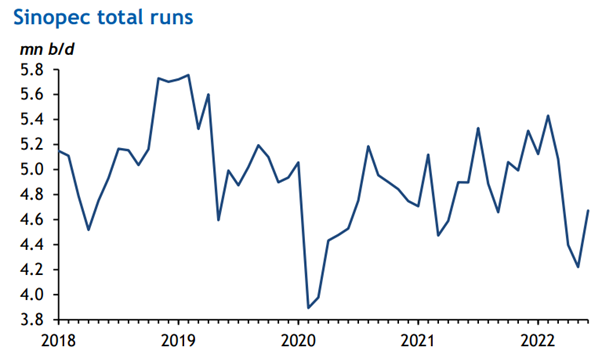 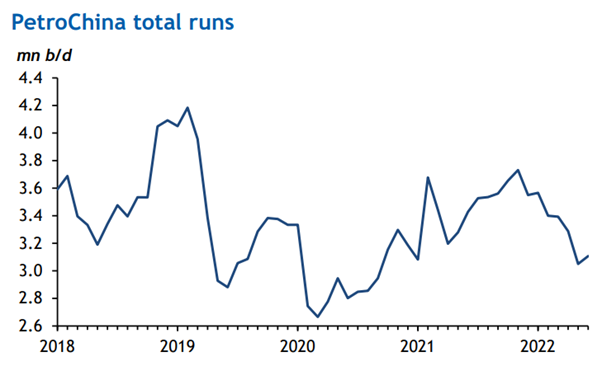 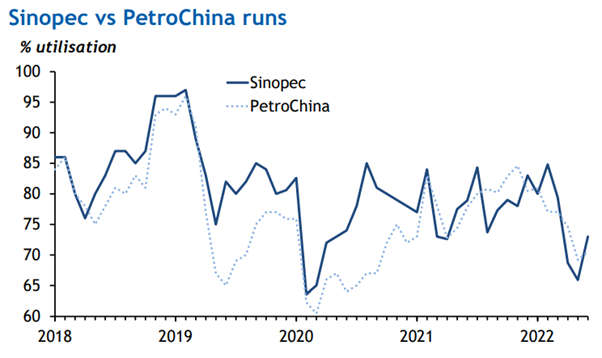 The PX-naphtha and BZ-naphtha spreads are at $38.01/bl and $18.15/bl premiums against the gasoline crack spread from 1-19 September. These appear in sharp contrast to the spreads from earlier this year, when the premiums averaged $13.96/bl and $9.13/bl. In comparison, the average premium of PX-naphtha against gasoline cracks since 2019 is $20.37/bl. This indicates the reformates flow into aromatics production could be sustained. 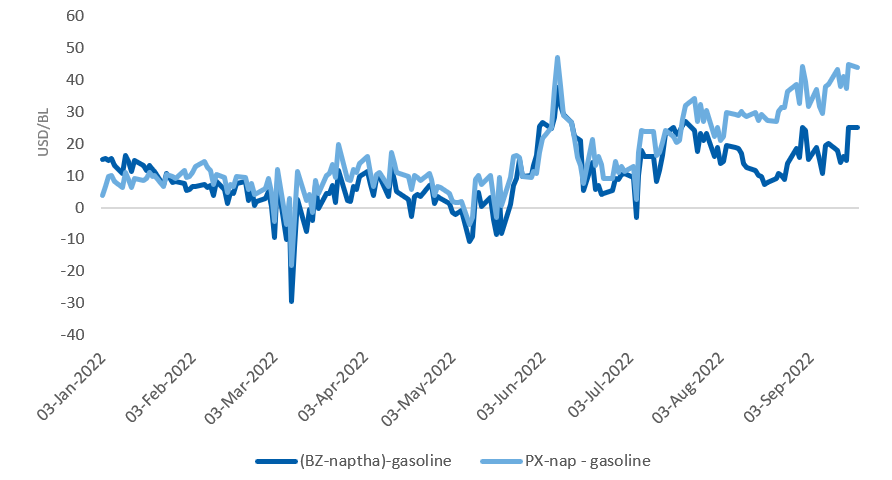 Other factors such as the IMF warning related to steep interest rate hikes can keep the pressure on the fuel prices as well. Central banks across the globe have hiked their interest rates in a bid to tame high inflation. This has led to increased downside risks as well as more uncertainty across the globe.

If you would like to read more about this monthly forecast service and request trial access, please review the Argus Benzene Outlook page and contact Argus for more information.