Thermal coal and oil prices have been falling roughly in tandem since December 2014 even though their supply is affected by different dynamics and the commodities scarcely compete with each other. The common factor is US shale oil and gas production that has been a driver of oversupply in both markets, and weak currencies in coal exporting markets have indirectly strengthened the effect of oil prices on coal production costs.

Thermal coal and oil prices have been falling roughly in tandem since December 2014 even though their supply is affected by different dynamics and the commodities scarcely compete with each other. The common factor is US shale oil and gas production that has been a driver of oversupply in both markets, and weak currencies in coal exporting markets have indirectly strengthened the effect of oil prices on coal production costs. 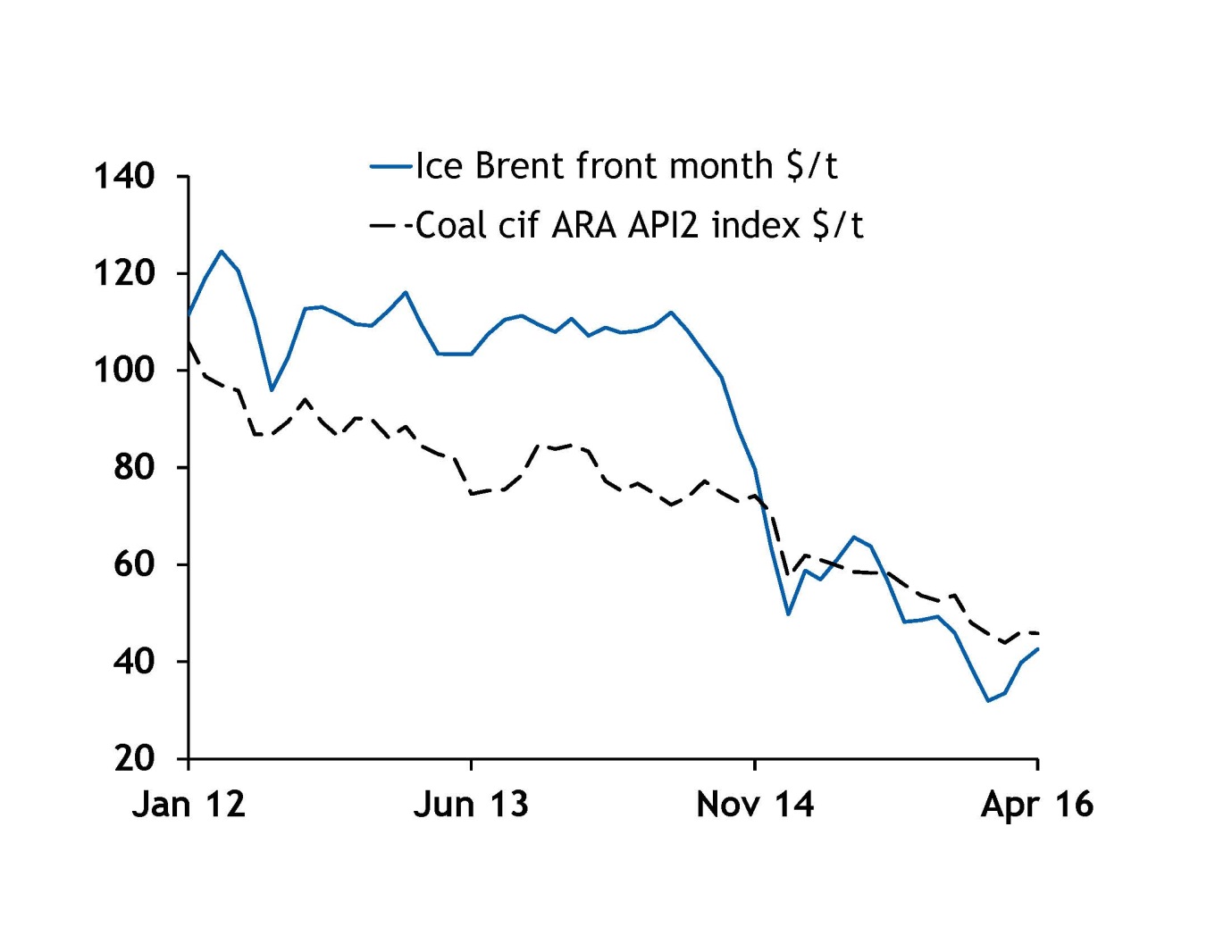 US shale oil and gas

Oil production from US shale formations was key in creating a 1.5mn b/d global surplus in 2014 as the US added crude output of 1.3mn b/d that year. The oil market was oversupplied by 2.3mn b/d last year, after Saudi Arabia in November 2014 persuaded Opec members not to rein in production to offset growth in US shale and other non-Opec output. US output began falling in May last year but the market is likely to remain oversupplied by 1.1mn b/d this quarter, Argus estimates.

The development of oil production from shale formations has led to a steep increase in gas production as wells often produce both, with gas output in main shale area Pennsylvania 2.5 trillion ft³ or 71pc higher last year than in 2012, and doubling its share of total US gas production to 20pc.

The extra gas supply, trapped in the US by a lack of export infrastructure until February this year, has pushed gas prices in the country down, displacing coal as a power generation fuel. Gas’ share in US power generation rose to 33pc last year from 25pc in 2011, while coal’s share fell to 33pc from 42pc (see graph 2). US coal consumption fell by 105,000 t or 12pc last year from 2014, reducing global demand by 1.7pc. 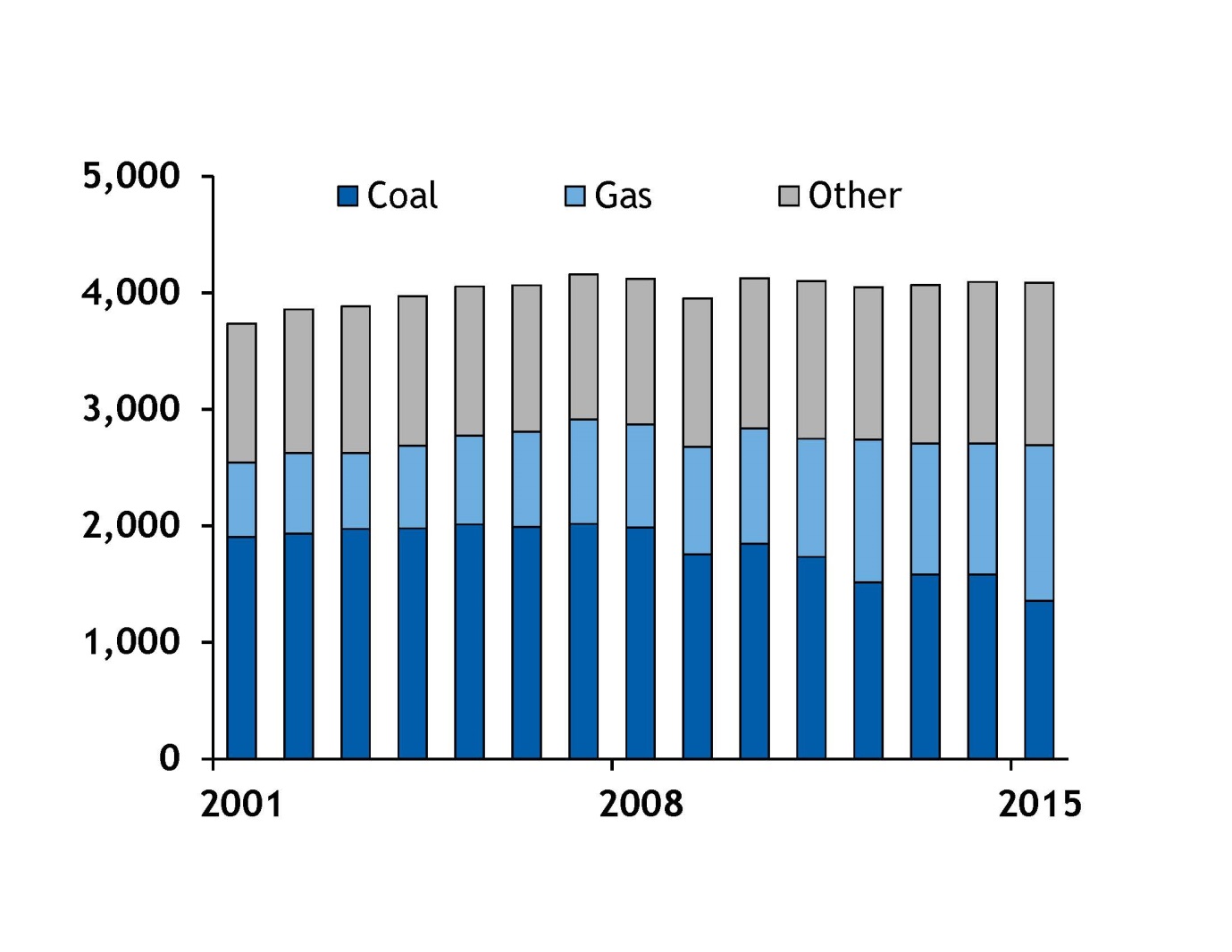 Environmental concerns are shifting power generation to lower-carbon energy globally, and worldwide coal demand fell by 63mn t in 2014, according to the IEA’s latest data, after average year-on-year growth of 300mn t/yr in the previous four years. Falling prices have forced coal producers to shut mines, but production fell by less than demand in 2014 and thermal coal’s oversupply grew by 12pc to 61mn t year on year, adding to the worldwide stockpile.

China, which accounts for more than half of the world’s supply and demand, has been importing less since then, suggesting that demand keeps falling in the country. China imported only 18.3mn t of bituminous and sub-bituminous coal in the first quarter of this year, compared with 41.8mn t the first quarter of 2014 (see graph 3).

The glut in coal and oil markets has driven higher-cost producers out of business and wholesale prices are falling in line with the production costs of marginal suppliers. 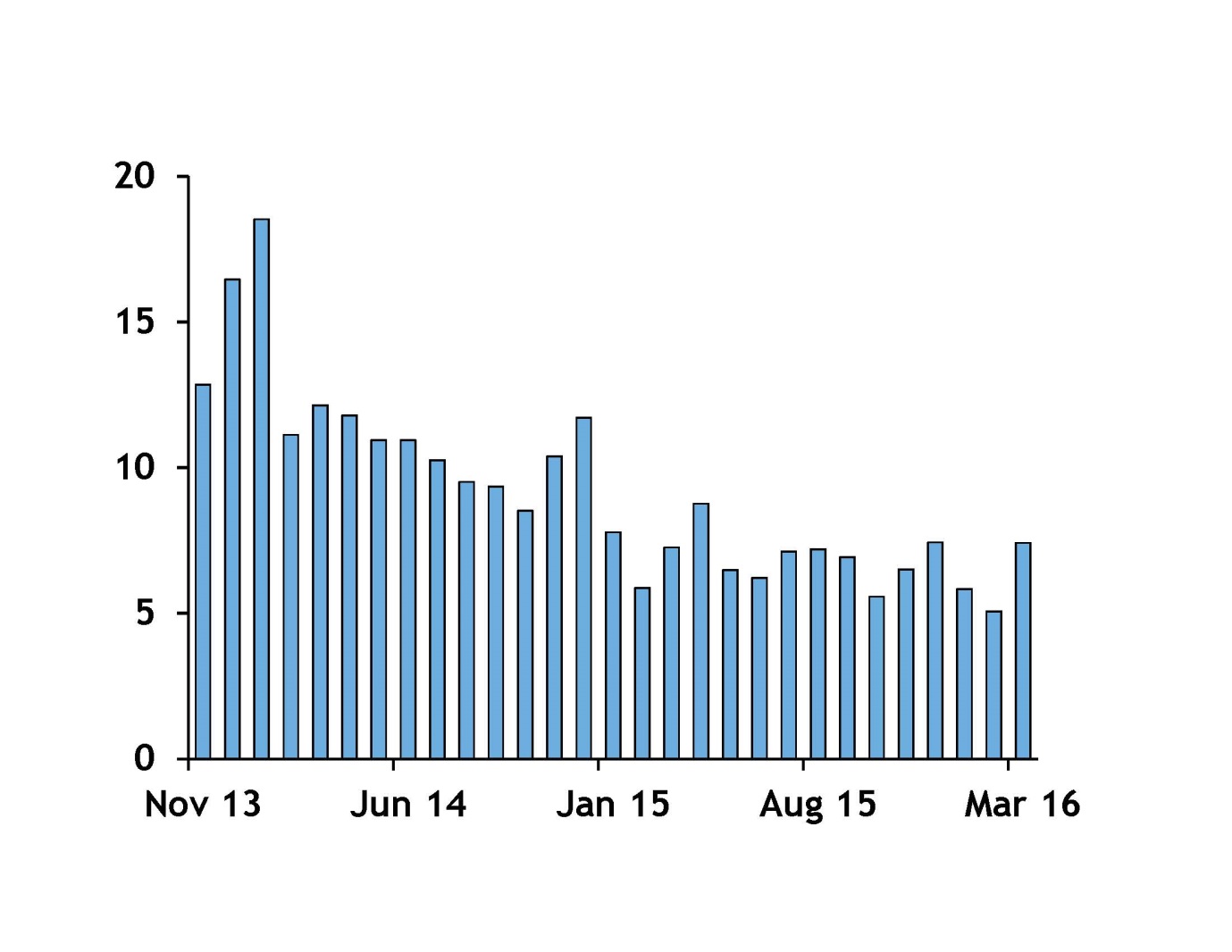 At the same time, the currencies of three of the six largest thermal coal exporters — Russia, South Africa and Colombia — have depreciated significantly against the US dollar. The rouble has fallen by 50pc since January 2014, the peso by 36pc and the rand by 27pc (see graph 4).

The single largest component of coal production costs is labour. It accounted for 37pc of operating and inland transport costs of South African miner South32 in the 2014-2015 financial year. Weaker local currencies have reduced this cost, inflating the relative importance of dollar-dependent cost components — including diesel — in setting wholesale prices in the oversupplied market. Where miners buy diesel in the local currency, they still compete with buyers in the dollar-denominated international market.

Diesel is key to coal production and exports, as fuel for mine trucks and other machines and in rail transport to export terminals, and can account for up to 40pc of operating and inland transport costs, as in some Indonesian surface mines.

Once the oil market rebalances and prices rise, higher diesel costs are likely to drive up coal production and export costs.

The closure of coal mines in the US and elsewhere has helped limit diesel demand, contributing to a global diesel glut and the oil oversupply. 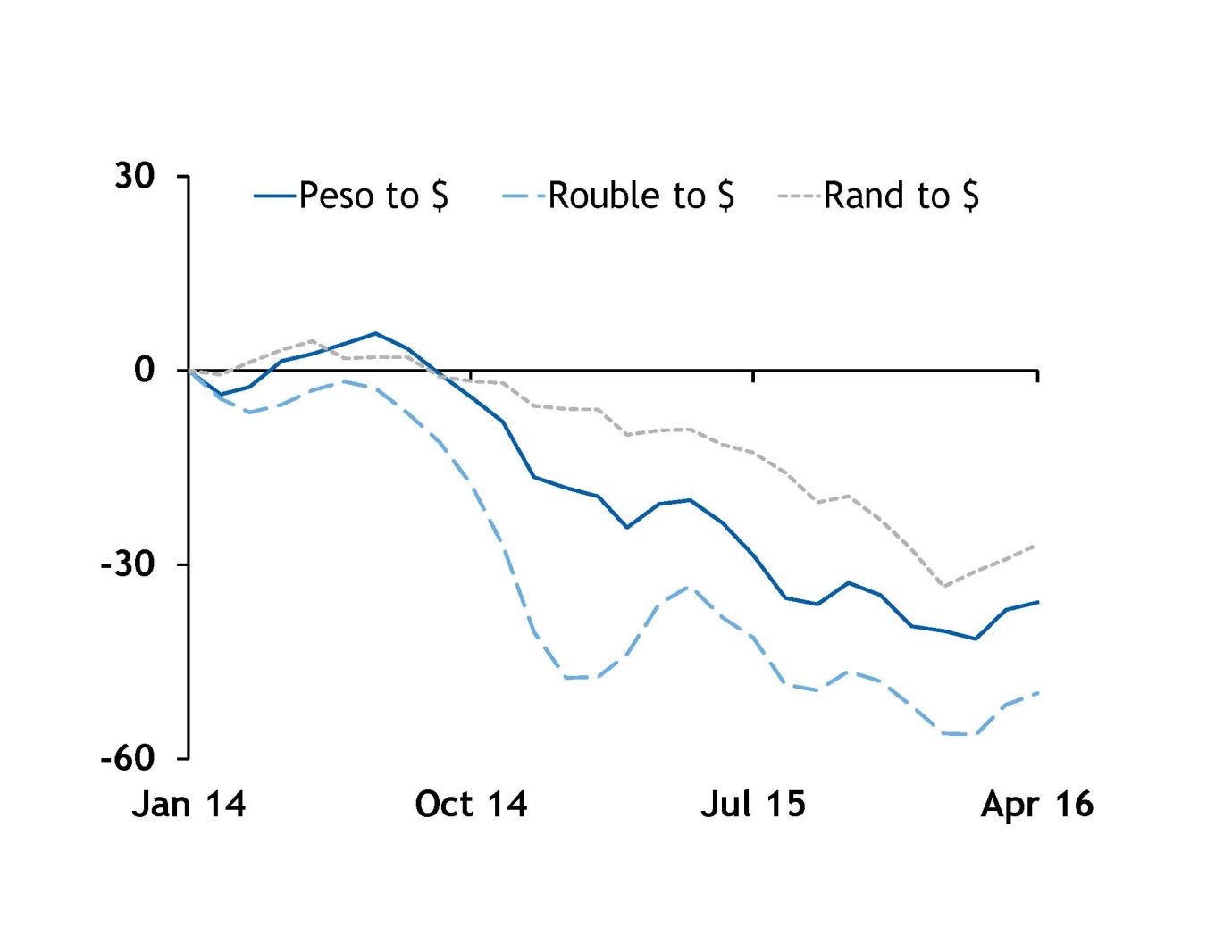 Graph 4: Currency changes against the US dollar since January 2014 (%)[/caption]