A weaker pound this year has lifted wholesale gas prices at the UK’s NBP hub, but not at a one-to-one ratio.

Instead, it is the cost of gas’ main potential substitute — dollar-denominated coal — that has driven up UK gas prices.

The NBP first-quarter 2018 contract is up by 11.4pc since 23 June — the day before the pound’s largest drop following the UK’s vote to leave the EU. The Dutch TTF equivalent is down by 99.6pc over the same period in its native euros, although up when denominated in pounds. 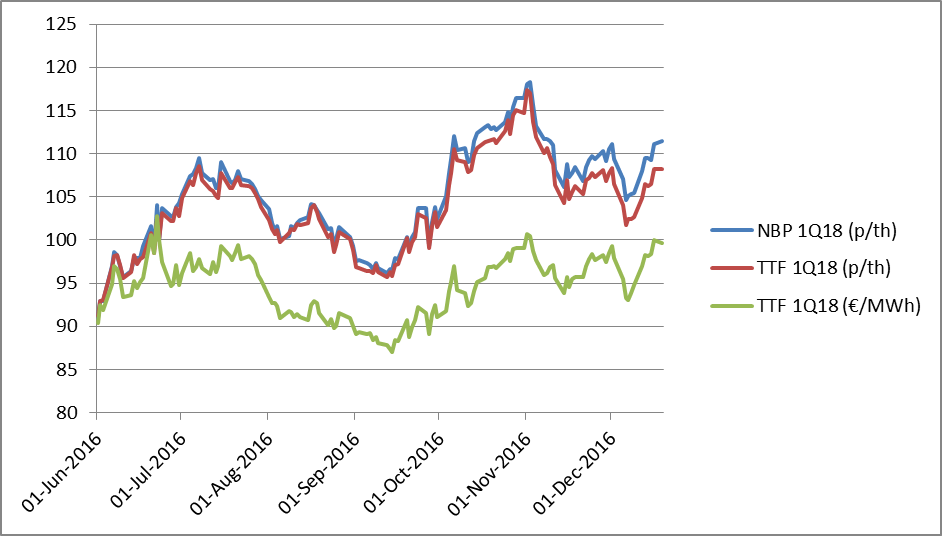 The NBP first-quarter 2018 contract has held at levels that would keep gas competitive with coal for power generation. This is one of the few elastic parts of the demand curve, especially in the period when heating demand is typically highest. 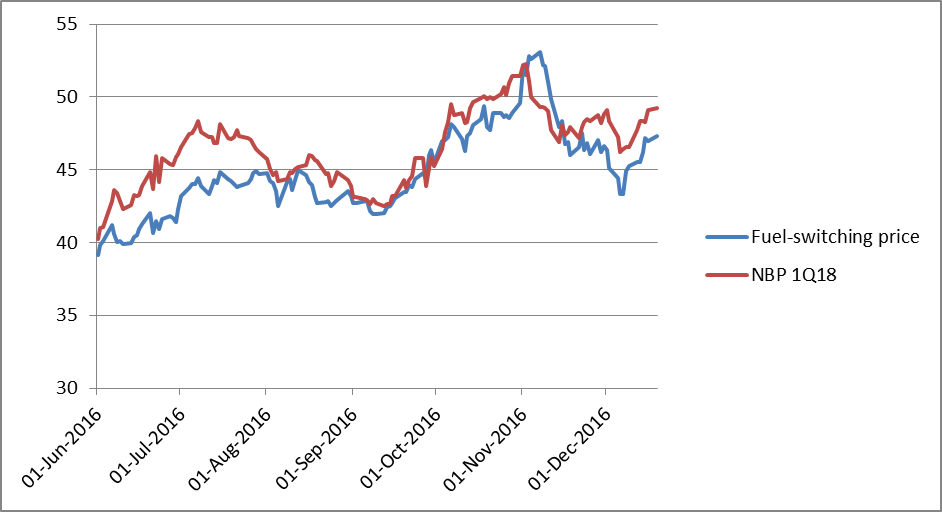 The fuel-switching price — at which a 55pc-efficient gas-fired plant is competitive with a 39.5pc coal-fired unit — for the first quarter of 2018 has risen by almost 15pc since June. While coal prices are up slightly when denominated in dollars, they have climbed considerably more in terms of pounds.

Coal up more when denominated in pounds. Index 23 June = 100 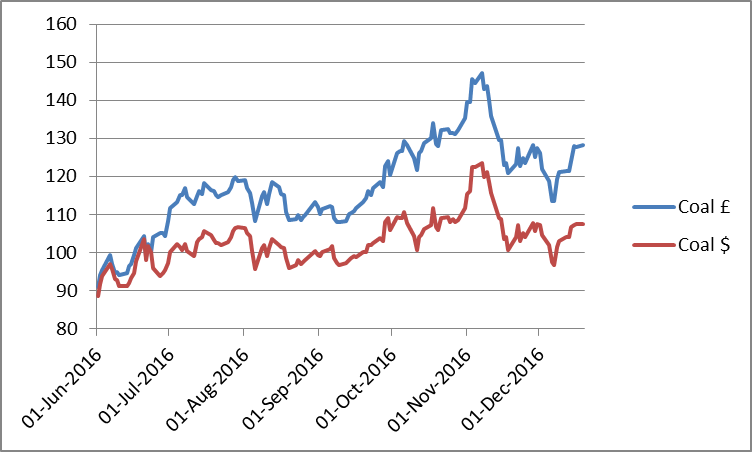 But the UK fuel-switching price is only 13.2pc higher than it would have been had exchange rates remained unchanged since 23 June despite a more than 19pc fall in the pound against the dollar.

The pound’s drop has not caused an equivalent increase in the NBP first-quarter 2018 market because the fuel-switching price contains emissions costs as well as coal.

Weaker sterling raises the cost of EU ETS emissions allowances for UK buyers but has no effect on the UK’s £18/t CO2e.

The proportion of the fuel-switching price made up of each component varies because coal and emissions prices change, while the carbon price floor is set until 2021. 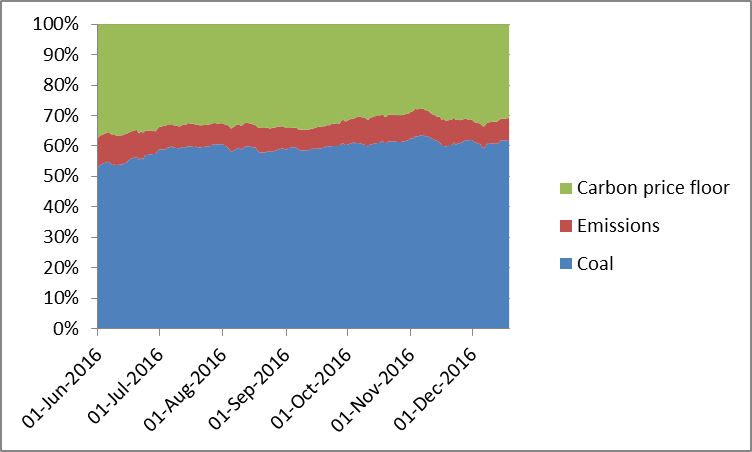 The NBP first-quarter 2018 contract has been driven by the fuel-switching price because it is an elastic part of the demand curve, and there is less influence from shorter-term factors such as weather.

But other NBP prices have different support levels. NBP contracts for gas this winter have mostly followed the Dutch TTF because of strong demand for gas from the continent with low LNG imports and constraints at the UK’s largest storage facility Rough.

NBP prompt prices since early November have retained a premium to the TTF, which has largely followed the continental fuel-switching price.

This support level — again a part of the European demand curve that is elastic — is made up only of dollar-denominated coal and emissions prices, which are in euros. In this event, the support for NBP prices is more equivalent to the drop in the pound against the euro and dollar because there is not a sterling-denominated component.

But it is still not a one-to-one ratio because the efficiencies of the gas and coal-fired plants, as well as the relative cost of coal and emissions, are factors.