The UK’s Conservative Party, which polls put on course to win the upcoming general election, has proposed an energy price cap to be set by the regulator. The cap is likely to be based on prices at the UK’s NBP gas hub, a trading point for wholesale gas.

But gas markets are largely driven by other global commodities and exchange rates, which could lead to large price changes under any proposed cap.

A short history of gas prices

Prices at the UK NBP gas hub mostly climbed from 2010 until 2014 before falling over the next couple of years. The NBP front-month market recovered slightly late last year — driven by the weaker pound in the wake of the Brexit vote and coal market fundamentals — but has fallen again in the past two months.

Most of the factors that drive NBP prices are outside of the UK’s control, partly because the hub is so closely connected with continental markets.

The NBP front-month market rose in 2010, driven by higher oil prices and a drop in European LNG receipts in the wake of Japan’s Fukushima nuclear disaster in March 2011. Japan increased its LNG imports to meet the higher call on its gas-fired generation resulting from the shutdown of operations at its nuclear plants, drawing supply away from Europe

UK gas prices also spiked in March 2013, driven by low LNG imports and a cold snap late in the winter that persisted well into April.

But the NBP front-month market has tended to weaken in recent winters, owing to mild weather combined with lower coal and oil prices.

Coal and oil are highly international markets that are priced in dollars, and are the key drivers of European gas hub prices. This makes exchange rates a key component of gas prices, with a weaker pound supportive of the NBP.

Oil remains a factor because continental buyers still have a substantial portion of oil-linked supply in their long-term contracts, despite a shift towards hub-indexation in recent years.

The UK is often dependent on gas imports from the continent, particularly during cold periods. NBP prompt prices need to maintain a premium to Belgium’s Zeebrugge hub or the Dutch TTF wide enough to cover cost the cost of importing when the UK needs gas from the continent.

NBP and TTF front-month prices typically stay in a tight range, reflecting the close coupling between the markets. 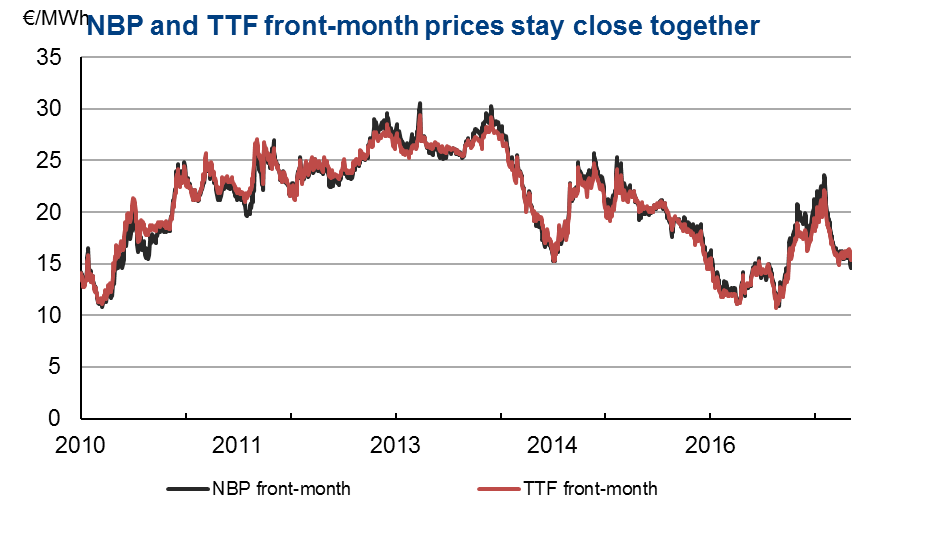 And UK gas prices are often led by the supply-demand balance on the continent, rather than domestically.

While the cost of the continent’s oil-indexed gas remains a driver of NBP prices, the role of coal has increased in recent years.

A major change in coal prices — caused by inclement weather in major exporter Colombia, a policy shift in key consumer China or nuclear plant outages in South Korea — would have a knock-on effect on the NBP and consequently the Conservative Party’s proposed price cap.

Competition with coal for power generation provides the elastic part of the gas demand curve. Other buyers — such as households — do not look at the NBP before deciding whether to turn on the heating, making it extremely unresponsive to prices.

The NBP first-quarter 2018 market has mostly held at around levels that would keep gas competitive with coal in the UK’s power generation mix. 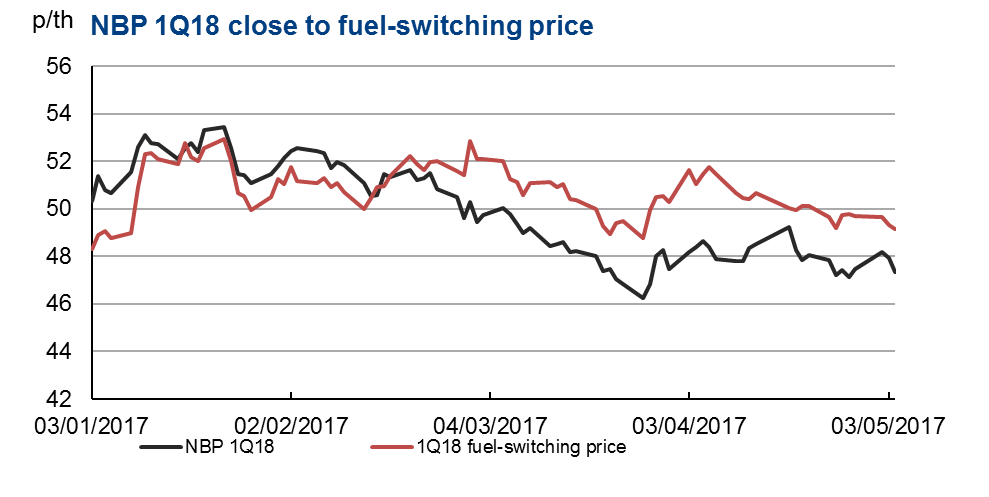 NBP and TTF contracts for delivery this summer have largely stayed close to the continental fuel-switching price, at which a 55pc-efficient gas-fired plant would make a similar profit to a 38pc-efficient coal-fired unit.

While the trend for commodities prices has mostly been downwards over the past three years, the recovery in the NBP front-month market over the winter demonstrates that an energy price cap would still be susceptible to unexpected rises.

And the influence of competition from coal on gas prices will make for an energy price cap driven by truly global factors, including the pound’s weakness over the past year.