Availability from Kashagan is ramping up and, once the field is fully operational, it is likely to continue improving liquidity from the Baltic region, adding 1.1mn t/yr to the supply chain, and helping to provide a competitive source to the global market.

Kashagan sulphur — which is shipped by rail from the plant in Kazakhstan, mainly to the Russian port of Ust-Luga — has the potential to increase overall Baltic supply to around 6mn t/yr at full capacity and allow the FSU region to capture an additional 7pc of the global market.

Kashagan is not expected to be at capacity until 2019, but new stakeholders have already entered the Baltic market to export available Kashagan supply, increasing both trade discovery and price transparency from the region as a result of the added competition.

Argus data indicate that around 542,000t of Kashagan sulphur was shipped to Ust-Luga between January and August, compared with no shipments for much of last year. Second-quarter sulphur shipments were up by 38pc compared with the first quarter. 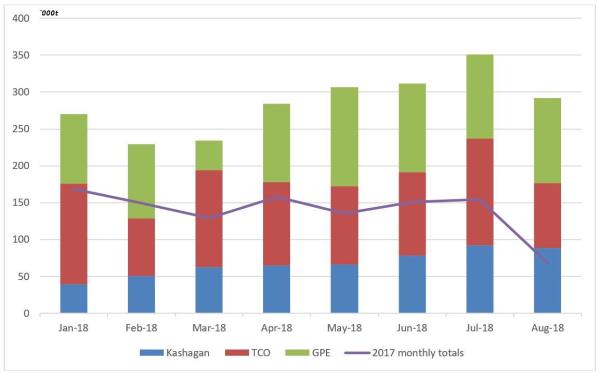 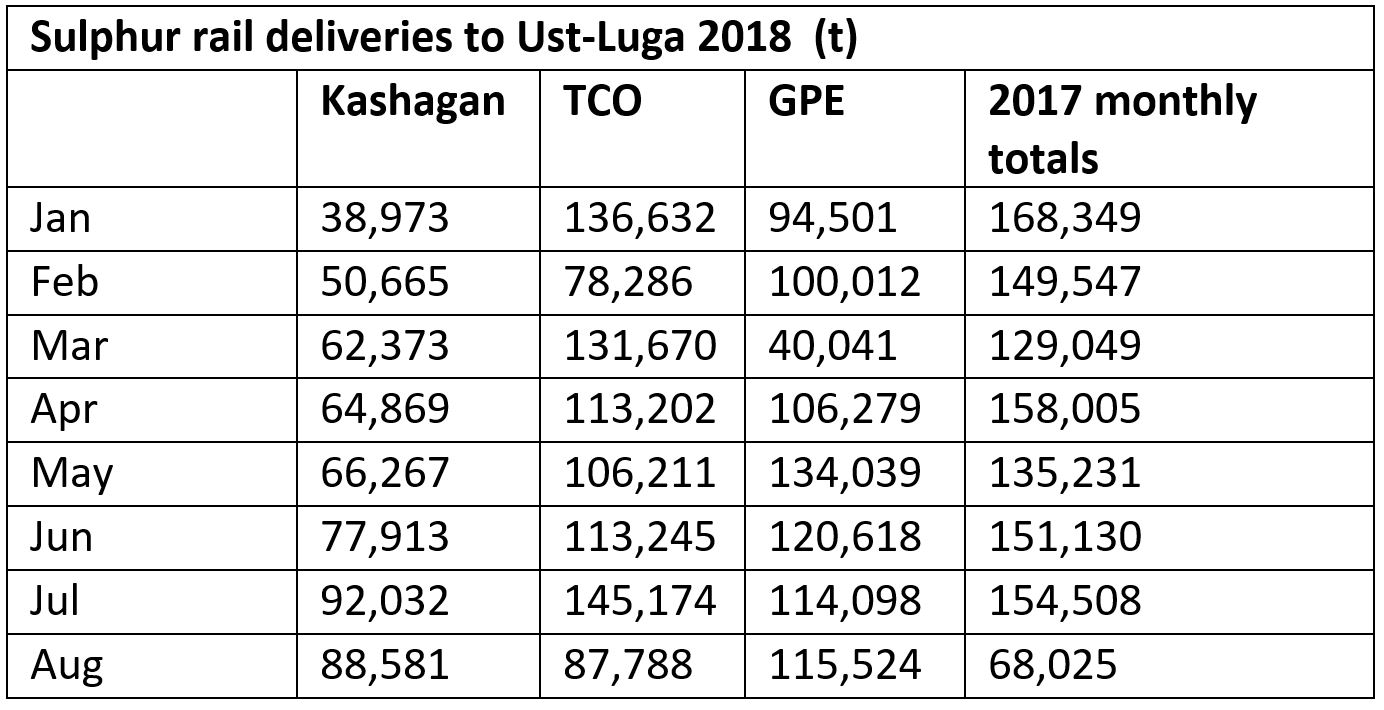 Russia’s Gazpromexport (GPE) is one of the principal Baltic exporters, with its monthly shipments to Ust-Luga averaging around 103,000t — around 52pc more than Kashagan’s and only 10pc lower than those of Tengizchevroil (TCO), another Kazakhstan-based supplier. GPE’s Baltic exports are likely to increase further when the Volga-Don river system closes in November for the winter, blocking the company’s only route to the Black Sea port of Kavkaz until the spring.

But even after the Volga-Don reopens, Baltic supply could benefit from GPE continuing to favour Ust-Luga for its sulphur shipments, as competition for barges to transport goods through the river system is increasing, while Ust-Luga logistics and pricing pressures remain steady.

GPE’s Black Sea exports have been minimal this year at around 40,000t, accounting for just 5pc of its total January-August exports. Overall shipments from Kavkaz from GPE, TCO and Kashagan totalled just 524,000t during the same period — 77pc less than overall shipments from Ust-Luga — and this lower liquidity has kept fob Black Sea prices relatively static as a result. Indeed, in the absence of regular shipments to Kavkaz from large regional suppliers, Black Sea price movements have mostly been supported by small exports from nearby ports such as Chornomorsk in Ukraine, or Constanza in Romania this year. 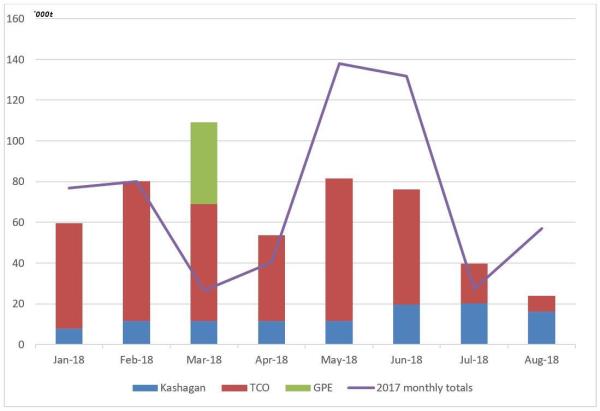 GPE’s supply traditionally flows to contract markets, along with supply from TCO and Poland’s Grupa Azoty. But Kashagan sulphur is so far flowing to key spot markets in Latin America, the US Gulf and Africa, where demand is strong and supply historically limited to a few providers. 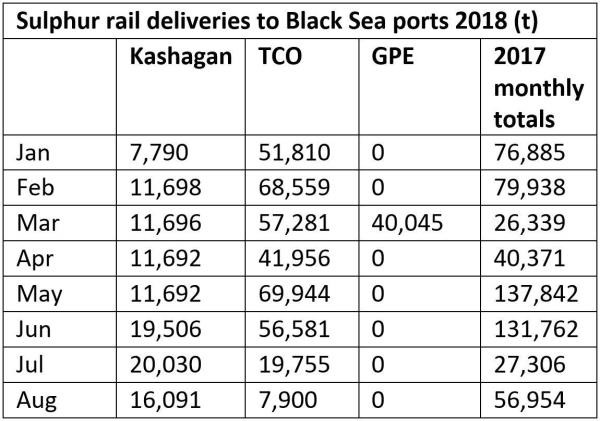 When Kashagan is at full capacity, its supply will provide greater options for spot buyers in these regions and elsewhere, and act as an attractive alternative to higher-priced Middle East product. September fob Baltic prices are currently at a $13/t discount to fob Middle East prices, and have averaged at least $6/t lower than fob Middle East prices this year. Kashagan supply will have the potential to flow to contract markets once it has reached full capacity, supporting regions such as north Africa in particular, where GPE’s contract deliveries have again been hindered by logistical issues and production disruptions this year.

Delays are persisting in other global sulphur supply projects — such as Rasgas’ Barzan project in Qatar, and Reliance Industries’ Jamnagar project in India. Supply from Abu Dhabi’s state-owned Adnoc is also trending lower this year because of the company’s new supply contract with Morocco’s OCP.

The steady growth in Kashagan availability and expanding deliveries of TCO product, along with the redirection of more GPE supply to Ust-Luga, will go some way towards easing the tight sulphur market, giving much-needed opportunities for increased trade, competition and price transparency going forward.