Traders active in west African markets say that the fundamental drivers of the new attractiveness for west African heavy grades are not about to go away.

Outsiders could be forgiven for assuming that crude comes in a uniform variety. When television talking heads say stock markets are pulling oil lower in Europe, only one oil price flashes across the screen.

In fact, crude comes in a number of varieties, and now a confluence of events around the world is revealing that one particular grade of crude — heavy — is in short supply.

Venezuela is famous for its heavy crude, but its ability to produce and export the stuff is crumbling under the weight of years of mismanagement and recent US sanctions against state-owned oil firm PdV.

In the Mideast Gulf, Opec production cuts have limited the availability of the region’s abundant, easily accessible oil. Iran is desperate to find buyers for its own predominantly heavy crude, but US sanctions are making that increasingly difficult.

And that’s to say nothing of the impending International Maritime Organisation (IMO) 2020 rules, which are causing panic among refiners around the world as they search for more crude that is both heavy as well as low in sulphur — in industry parlance, sweet.

If refiners cannot get heavy crude from the usual places, where are they looking? The answer, increasingly, is west Africa.

Angola, Congo (Brazzaville) and Chad all produce some of the heaviest and some of the sweetest crude in the world. For years, the heaviest varieties languished at prices far below the lighter grades, of which west Africa, especially Nigeria, also produces plenty. But prices of the heaviest grades have soared in the past few months.

Angola’s heavy Dalia grade rose to its highest price in over five years in late March. It has become more expensive, by the highest or close to the highest margin ever, than two lighter Angolan crude grades, Nemba and Cabinda. 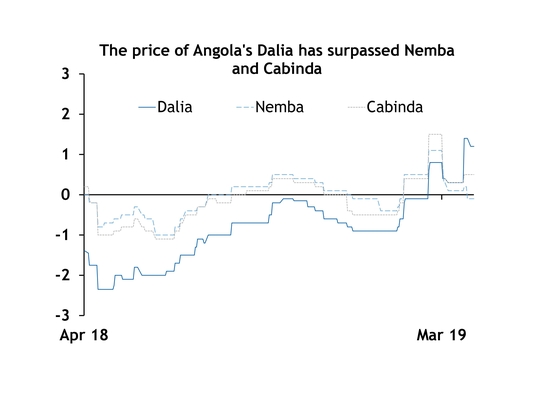 The price of heavy crude grades has jumped elsewhere in west Africa, including for Chad’s Doba. 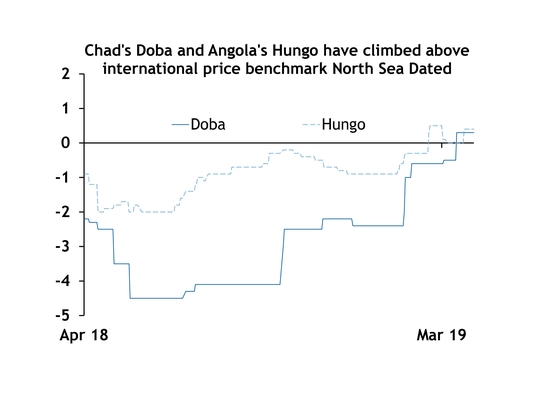 Traders active in west African markets point out that the fundamental drivers of the new attractiveness for west African heavy grades are not about to go away. At least some of the new buying interest from the Americas has been spurred by Venezuela’s crisis, but the impact of US sanctions has not been fully felt yet and the country’s output is still declining.

Perhaps most importantly, as IMO 2020 draws nearer, no-one has yet suggested that refiners are close to satisfying their demand for heavy sweet grades.

West Africa’s oil economies have plenty of problems — Angola’s exports face long-term stagnation, and Nigeria is struggling to diversify away from its reliance on oil. But the region’s abundance of heavy crude will continue to draw buyers from around the globe.

Darkness has blanketed Venezuela since yesterday afternoon. Even before the lights went out yesterday, the Opec country was already struggling to keep its oil flowing.

A possible Hollywood moment on the Venezuela-Colombia border this week failed to follow the script.

Order in the chaos

Investors see US producers’ spending discipline as a welcome change that may put a floor to crude prices by limiting output growth.