More than 90pc of Abu Dhabi Murban crude is exported to Asia-Pacific, with Japan, South Korea, Thailand and India as key buyers. But the prospect of more intense competition from increasing exports of US light crude to Asia-Pacific has led Abu Dhabi’s state-owned Adnoc to reconsider the pricing of Murban, not only to maintain market share but also to raise the profile of the crude as a potential benchmark for other regional producers.

Abu Dhabi exports more than 90pc of its Murban crude to Asia-Pacific, where Japan, South Korea, Thailand and India are among the largest buyers of the light sour grade. With fierce competition coming from similar light crude such as North Sea Forties and US WTI, Abu Dhabi’s Adnoc – the largest stakeholder of Murban – is looking to elevate the grade’s global status and make buying the crude as easy as possible. 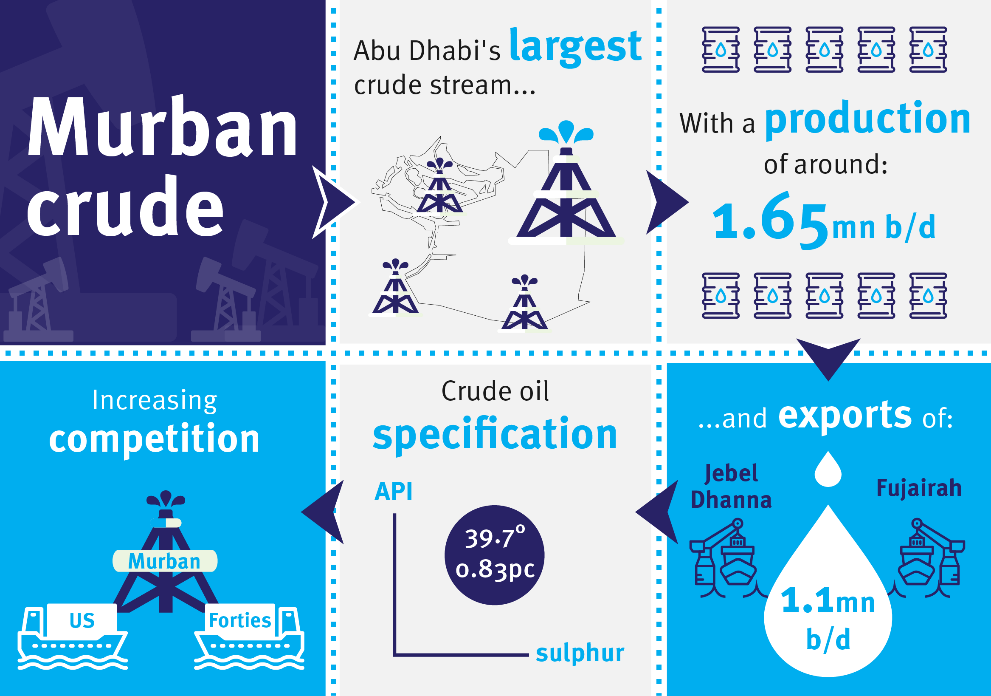 Getting into the specifics, most Murban is sold against the OSP, while spot cargoes trade at premiums or discounts to the yet-unknown OSP. The retroactive basis of the mechanism means that, for example, the OSP for July-loading cargoes is known only in early August. Yet Asia-Pacific refiners tend to purchase two months ahead, so in this example, July-loading Murban cargoes would have been fixed in May. The mismatch between refiners’ purchasing patterns and the retroactive OSP forces buyers to guess what the Murban OSP will be for cargoes loading two months ahead.

If Adnoc were to move ahead with introducing a forward pricing basis, there would be no more uncertainty over OSPs. And it would be easier for the market to compare Murban with rival light crude shipments from the US Gulf coast. 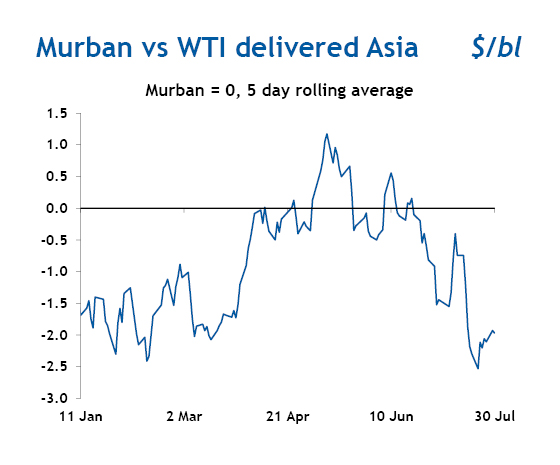 Adnoc is also weighing up whether to list Murban as a futures contract on an exchange, which could bring Murban a step closer to becoming a benchmark against which to price other Abu Dhabi export grades, or even other regional crude. A potential listing on an exchange such as Ice or Dubai’s DME and using the futures prices to determine the OSP would require Adnoc to relinquish control over the pricing of a key export crude. Adnoc would also have to remove the destination restrictions that it applies to the 60pc of Murban production that it controls, effectively lifting the firm’s veto over who buys its crude and making Murban freely tradeable.

Although the parameters for an exchange-traded Murban contract remain unclear, some north Asian refiners are concerned that allowing the monthly Murban OSP to be set using a futures contract could at times result in sharp price fluctuations and increased volatility, if liquidity in the contract is thin or trade is concentrated among a few participants.

Ultimately, the viability of a futures contract might hinge on its adoption by other major Mideast Gulf producers. China is also not a major importer of Murban crude, which could impede the success of a Murban futures contract as Chinese oil firms may not have much interest in participating in the contract.

From the Economist's Chair: The geopolitics of crude

From the Economist's Chair: The geopolitics of crude - Trade disputes, sanctions and changing trade flows. Geopolitics remain pivotal in influencing crude prices and investor sentiment – to both the upside and downside.

The US Gulf coast crude network: Opening the floodgates