Chile is no longer an exception to Latin American turmoil. Mass protests that deteriorated into violence and looting since mid-October are testing the copper-exporting country’s market-based economic model.

No one in Chile is quite sure who torched the Santiago metro on 18 October. Stunned politicians and businessmen point the finger at anarchists. Idealistic students who spearheaded a fare evasion campaign that catapulted into a mass movement for economic justice blame police conspiring to discredit them. Apologists contend that no less destruction could be expected from decades of popular oppression.

No matter the culprit, the modern passenger rail system is now broken at junctures used by the very people the country’s popular crusade for equality is meant to support. Similarly, looting and arson that defied a military deployment and nighttime curfews imposed by the terror-stricken government are hurting small businesses and workers, mostly in places where wealthy Chileans never set foot. The Santiago chamber of commerce estimates $1.4bn in damages in the capital alone. Another $200mn is needed to fix the metro. 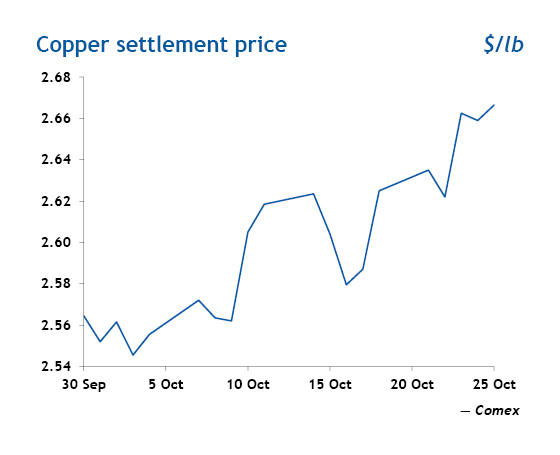 During the cataclysmic 18-25 October period, many news cameras trained on tear gassed demonstrations and military tanks rolling through the tony Las Condes neighborhood. The images especially shook older Chileans who recall the deprivations of the socialist Allende era of the early 1970s, and the harsh Pinochet dictatorship that ensued. Human rights activists bemoaned Chile´s potential backslide. And at the margins of the protests, horrified Venezuelan immigrants saw a sinister plot by Nicolas Maduro to destabilize the region’s showcase of political stability and prosperity. 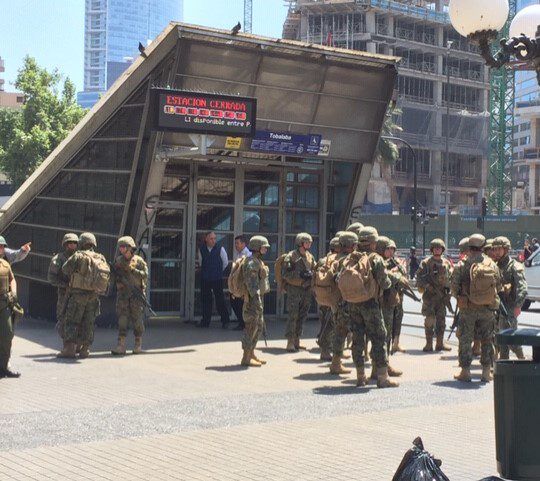 Farther from the lens, labor strikes and vandalism hit strategic copper mines and lithium operations in the Atacama desert, the engine of Chile's export-oriented economy that was already reeling from the US-China trade war and slower global growth. Tourism operators racked up cancellations. And the government insisted that grand plans to hold APEC and COP25 summits remained on track despite new logistical and security concerns. Panic rippled through the elite business community that never saw this coming. 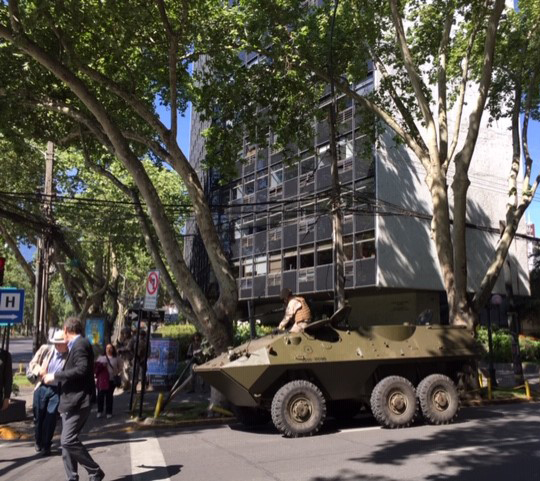 Center-right president Sebastian Pinera, an affluent businessman and bete noire of the left, at first declared “war” before apologizing for disregarding social discontent. Straying from Chile's sacred regulatory bounds, within days he rolled back hikes in metro fares and electricity rates, boosted pensions, and raised taxes on the wealthy.

Despite decades of progress in reducing poverty, most Chileans say the government needs to do a lot more to close a wide income gap, improve public healthcare and education, and control the spiraling costs of basic services. Chastened elites are hoping the upheaval brings much-needed social and economic reforms without tearing down institutions or making everyone poorer. A peaceful 25 October demonstration by more than a million people in downtown Santiago raised expectations that Chileans would come together around something greater than football.

But for many politicians —and not only in Chile —  social division is the currency of power. Opposition parties, responding to a radicalized base, rebuffed Pinera´s calls for dialogue and overtures to participate in a cabinet overhaul. A growing chorus is demanding a constituent assembly and even the president’s ouster. While Victor Jara protest songs rang through the Alameda in Santiago, the congress came under attack in Valparaiso.

As Ecuador and Bolivia recently showed, the rest of Latin America is accustomed to such turmoil. Not so Chile, where the unrest has revealed it is not exceptional after all.

While protests grind on in some places, the Pinera government has now lifted curfews, most Chileans are back to work and school, and the military is returning to the barracks. But social demands unleashed in October cannot be bottled back up. Chile´s long-complacent establishment is under pressure to prioritize equality over growth through policies designed to redistribute more wealth, without alienating investors who can no longer take the country’s market framework for granted. Tragically, just over a week of violence has left fewer resources to share, and a weaker base to generate more.

Love in the time of LNG

Big corruption scandals rattling the presidential palaces of Planalto and La Moneda in Brazil and Chile, respectively, aren’t the only things the two countries have in common these days. Brazil and Chile are heading down the same energy path, too. It’s a path paved with...

Trumpismo and the commodities wobble

The pundits would have done well to visit my dentist in Chile before they misread the jolting outcome of the US election. Outside of Mexico, Latin America’s traditional elites love Donald Trump. And so apparently do many of their voting relations in the US.

We’re learning day by day that the wrecking ball of corruption piloted by Odebrecht and other Brazilian contractors swung far and wide across Latin America in the 2000s. Projects to build pipelines, highways and other strategic infrastructure are stalled, and senior pol...