Attacks on Mexico’s energy infrastructure have grown in recent months along with an overall increase in crime. This risks both the already troubled climate for private-sector investment and the government’s own drive to shore up state-owned Pemex.

Mexico’s energy sector faces a contagion beyond the one that has infected its energy minister and killed at least 287 of state-owned oil company Pemex's workers. Chronic problems of kidnapping, extortion and theft of equipment have increased in recent months, security experts and companies told Argus for a recent three-part series in Argus Latin American Energy and Argus Mexico Fuel Markets.

The spread affects not only private investors who entered after the country’s 2014 energy reform – long opposed by the country’s current president – but increasingly Pemex, as the government tries to restore it as the center of the market.

Mexican President Andres Manuel Lopez Obrador’s approach to crime of “hugs, not bullets” has proven ineffective in stemming the violence inherited from successive presidential administrations. Homicides in Mexico reached record highs in 2019 and in the first half of 2020.

Companies trying to explore potential shale deposits in northeastern Tamaulipas near the US border say they operate only in daylight hours and with strict protocols. Even then, operators have delayed work because of insecurity.

Violence in Tamaulipas could begin a natural decline soon, some security experts believe, as past turf wars tend to burn themselves out after about eight months. Yet amid the upheaval of a pandemic, extrapolating future patterns from past ones becomes riskier.

In Campeche, in southeast Mexico – home to three of Pemex’s main oil-producing complexes – armed assaults on offshore infrastructure have grown so much that maritime experts want it declared a high-risk area.

In neighboring Tabasco state, thousands of concrete pillars for the government’s flagship 340,0000 b/d Dos Bocas refinery construction project are being erected in a region with well-known ties between some labor unions and local criminal groups.

There have been some successes. The government last year slashed fuel theft to a fraction of what it was by sending soldiers to guard tap-prone pipelines and other measures. 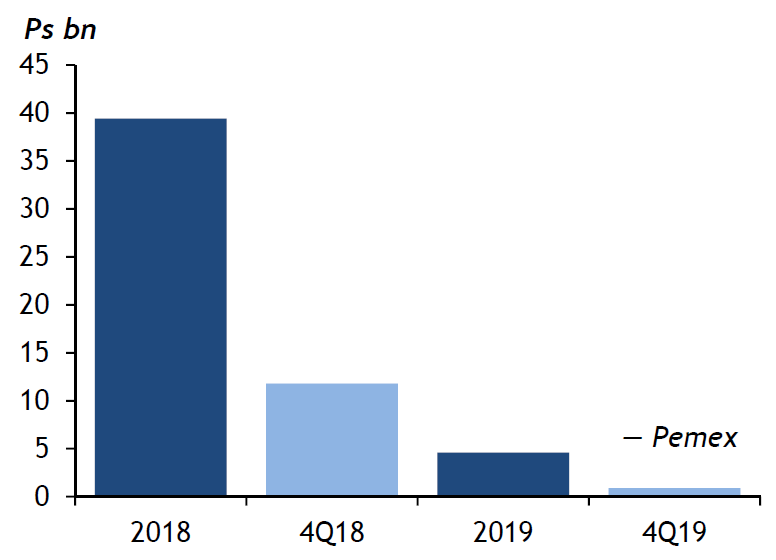 Renewed federal and state cooperation helped lead to the capture of the boss of the Santa Rosa de Lima cartel — El Marro aka The Sledgehammer — whose crews have riddled Guanajuato’s pipelines with illegal taps for years.

A personal visit from the president helped to paper over public-policy disputes with the state government that had hampered crime-fighting efforts there. Repeating this formula could help, but entrenched political opposition will make hugging it out harder in some states. 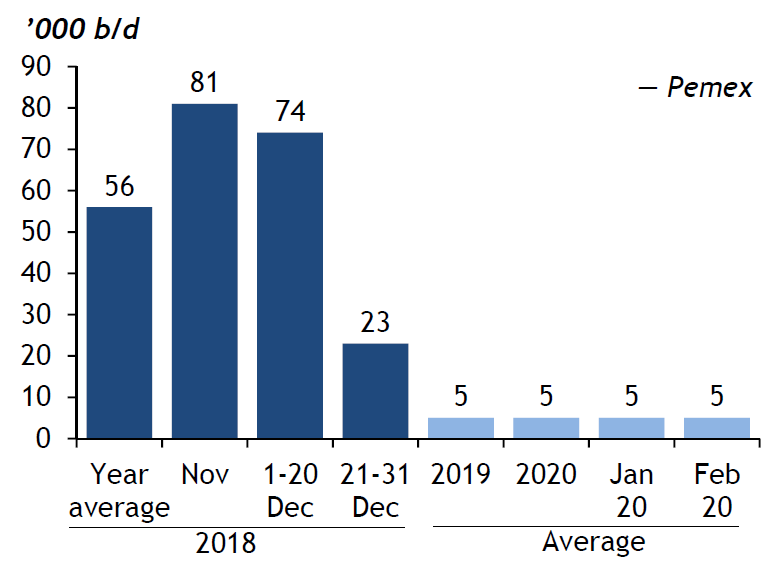 The federal government is also under increasing pressure, augmented by the spread of Covid-19. Navy ships meant to help control offshore attacks against energy infrastructure and other crime are often berthed to save fuel, researchers found. Lopez Obrador recently turned port security over to the military, but this has led to few changes in practice so far.

It will take powerful medicine and long-term intervention to win this fight. Both appear in short supply. 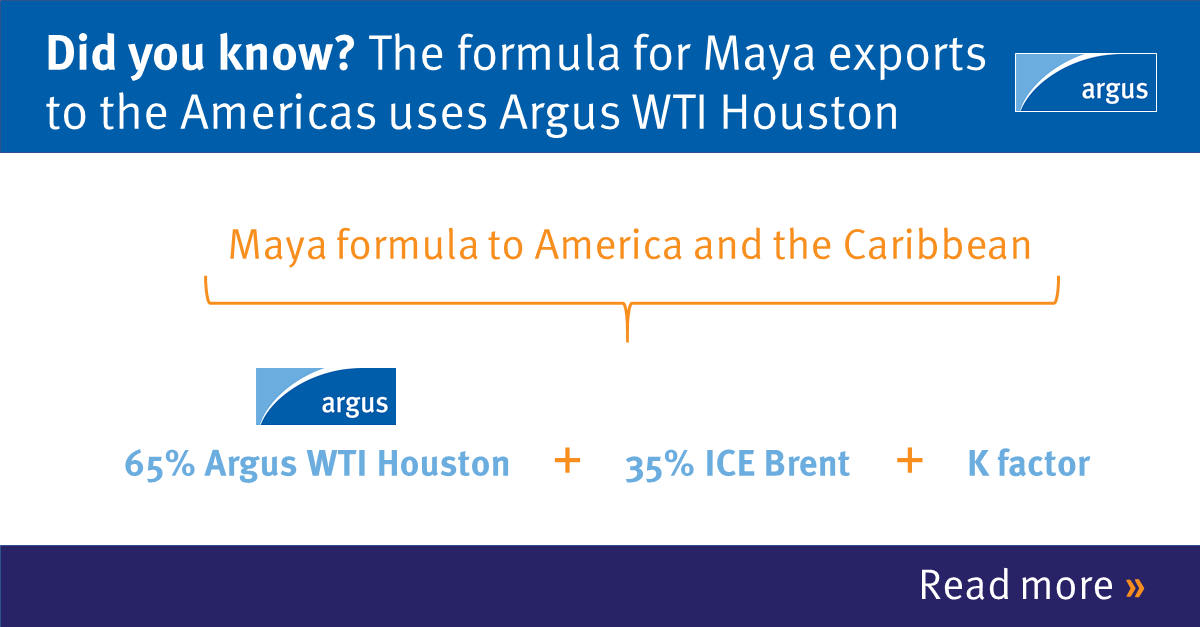 Mexico, other markets pull up US MTBE

In the wake of the global Covid-19 pandemic, the devastation of demand destruction was clear when crude and gasoline prices crashed to historic lows.