The African countries of Namibia and Togo took US coke for the first time last year, while countries like Paraguay and Tanzania received their second coke cargo ever, according to US Census Bureau data going back to 2002.

Other countries increased their share after years of sporadic US coke exports — Colombia's 2019 take of 43,200t totaled more than all previous exports to the country combined, and the US exported green coke to Sweden for the first time in seven years. 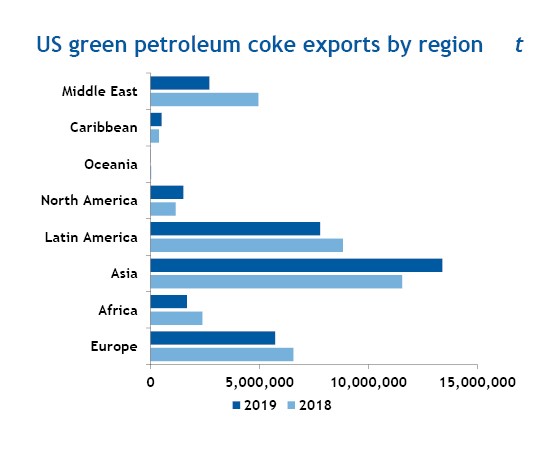 US coke exports to countries such as Pakistan, Romania, the Dominican Republic and Malaysia, among others, also reached fresh highs in 2019.

US west coast suppliers pushed more supply into Japanlast year, with demand from China falling because of high tariffs. But west coast sellers also found some new demand in the Philippines, where falling prices encouraged cement plants to turn from coal to the coke market. 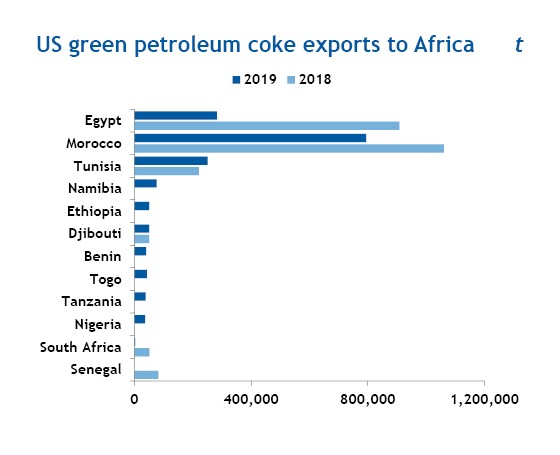 Although US Gulf coast prices were falling for all of 2019, they have only recently become very favourable compared with coal in a number of destinations.

In Egypt, buyers favoured coal over coke for much of last year, with US coke exports falling by almost 70pc from a year earlier. But the country's coke imports increased sharply in November to 126,900t after eight months of no shipments.

Cement plants in the Caribbean were also heard planning to switch to lower-priced US coke from coal.

Persistently low global demand may force US coke suppliers to continue seeking new destinations in 2020, especially if they want to achieve higher prices, according to one US Gulf coast supplier. 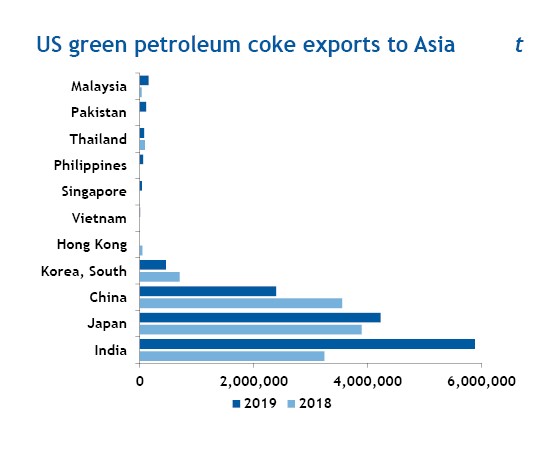 And US west coast suppliers will likely have to continue seeking new destinations to achieve better prices, especially as the coronavirus outbreak weighs on Chinese demand.

But with global demand still somewhat weak, "if prices rise significantly, that interest will wane," a US trader said.