The tyranny of the heir to iconic late president Hugo Chavez has shown that he can survive without the “devil’s excrement”, sustained instead by opaque revenue streams that always seem a step ahead of US sanctions.

Not so long ago, the quixotic opponents of Venezuela’s autocratic president Nicolas Maduro and their White House keepers were confidently predicting that his days were numbered. Their hubris sprang from the Opec country’s declining oil production, a trend accelerated by US sanctions. Without oil, Maduro would not survive.

Nearly 18 months after the US imposed the oil sanctions, Venezuelan production has indeed tumbled to an almost nine-decade low. State-owned PdV’s storage is full, tankers ready to risk sanctions are scarce and buyers are harder to come by after the pandemic eviscerated demand. 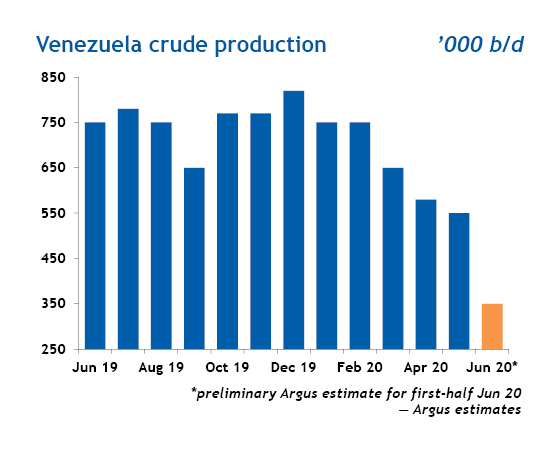 And yet, Maduro is at the top of his game. In recent days, his supreme court named a rubber-stamp electoral board and hijacked opposition political parties ahead of elections for the National Assembly, the country’s last representative institution.

Even if the odds were not already stacked against a credible result, and if there was no Covid-19 to keep voters at home, cynicism and fatigue are likely to dissuade most Venezuelans from casting a ballot anyway. And so the assembly, already nominally headed by a puppet leadership, is about to fall into government hands for good.

That outcome is designed to pull the constitutional rug out from under Maduro’s US-groomed nemesis Juan Guaido whose January 2019 claim to an interim presidency was grounded in his elected assembly leadership. The 50-plus countries that recognize Guaido will not countenance another sham election. But just as assuredly, Russia, China, Turkey, Cuba, Argentina, Mexico and the other countries and institutions, including the UN, that still recognize Maduro will not intervene.

The White House and Guaido’s Venezuelan team — ambitious former political prisoner Leopoldo Lopez holed up in the Spanish embassy in Caracas and a clutch of long-exiled technocrats sprinkled from Boston to Bogota — never fathomed that Maduro could hang on without petrodollars. 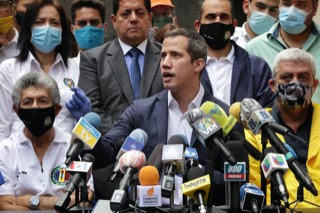 If they did not see the futility of the strategy of starving Maduro of oil revenue, they blindly disregarded the historical evidence from Iran. Not only has Maduro resisted “maximum pressure”, he has consolidated power by repressing opponents, exploiting Guaido’s spectacular blunders and blaming US sanctions for the hardship sown by two decades of mismanagement and corruption. Now those very sanctions plus US indictments have wiped out any incentive for him to leave.

The focus on oil to oust the regime should come as no surprise, since the opposition’s post-Maduro reconstruction campaign is almost entirely anchored on oil. Never mind climate change and energy transition, not to mention Venezuela’s negligible non-oil economy. Driven by nostalgia for a glorious Venezuela that never was or aspiring for an oil-rich Venezuela that will probably never be again, Guaido’s team is more wedded to oil than Maduro himself.

The tyranny of the heir to iconic late president Hugo Chavez has shown that he can survive without the “devil’s excrement”, sustained instead by opaque revenue streams that always seem a step ahead of US sanctions. On the international stage, Maduro’s fellow US-sanctioned friends in Moscow, Havana and more recently Tehran now have every reason to believe that their man in Caracas will outlast US president Donald Trump.

The opposition’s last stand is PdV’s US refining arm Citgo. From the start, Guaido’s advisers fixated on defending the asset from creditors. The White House gave its blessing to an opposition-appointed board last year, but without access to dividends Guaido’s control is superficial at best. This week, his team is among the parties ordered by a Delaware court to file proposals to sell Citgo shares to satisfy a debt to one of Venezuela’s many jilted claimants and creditors. The only obstacle to the sale is a US Treasury license that expires in July. Treasury is likely to renew it, but not before it becomes painfully evident that Citgo was not worth the fight. Oil market conditions have eroded the asset’s value to as little as $3.5bn. Venezuela’s foreign debt? At least $150bn.

With elections nearing in both Venezuela and the US, Guaido and Trump are the ones whose days look to be numbered.

Driving Discussions: How long does the Opec+ deal stay on the road?

The latest podcast in our Driving Discussions series takes a closer look at how Opec's policies have shaped the road fuels supply/demand landscape.

A sweeping proposal to draw investment into an Opec nation would normally turn some heads. That is what Venezuela’s US-backed political opposition had been expecting when it rolled out the final draft of a comprehensive hydrocarbons reform bill last week.