John Bolton’s account of his time in the White House reveals doubts by his colleagues and President Donald Trump about the prospects of the “maximum pressure” policy of oil sanctions toward Venezuela and Iran.

Reminiscences by former members of President Donald Trump’s administration properly belong to the alt-history genre, suggesting that policies advanced since 2017 might have come out differently if only their former boss had heeded their advice.

Hawkish former White House national security adviser John Bolton’s memoir, “The Room Where It Happened,” takes this to the extreme, offering vociferous criticism of Trump, particularly over his inability to execute on regime change plans in Opec producers Iran and Venezuela.

Trump instructed Bolton, when he joined the White House in April 2018, to speed up the implementation of the 2016 campaign pledge to withdraw the US from the “worst deal in history” — the Joint Comprehensive Plan of Action (JCPOA) nuclear deal that lifted oil sanctions against Tehran in exchange for constraints on its nuclear program.

In retrospect, Bolton’s actions were aimed at forcing Tehran into a corner and lashing out by exiting the agreement, which would have persuaded the remaining JCPOA members to match the US sanctions and justified a more forceful US intervention.

But that gambit had two major flaws, even though the reimposition of US oil sanctions and a later ban on Iranian oil exports removed more than 2mn b/d from the global oil market. 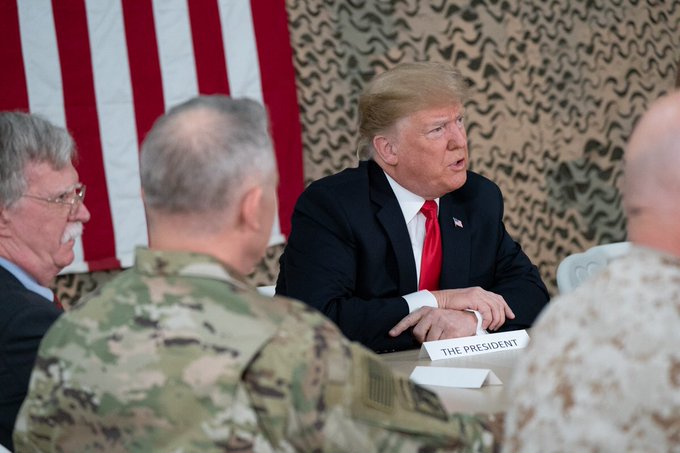 Source: The White House
First, Tehran maintained full compliance with the agreement for a full year after the US exit and then selectively breached it in a way that provided an incentive for the EU, Russia and China to try to save it. A series of incidents in the Mideast Gulf last year, starting with attacks on oil tankers and culminating in a rocket and drone barrage aimed at Saudi Aramco’s Abqaiq processing facility, added significant volatility to the oil market. The US blamed Iran for the attacks and boosted its Middle East security presence by 14,000 personnel, despite Trump’s pledge to bring troops home from the region.

The second flaw in Bolton’s plan was that Trump was reluctant to be drawn into another military conflict in the Middle East. Bolton traces the high point in his anti-Iran jihad to 20 June 2019, when Trump refused to go along with a major retaliatory strike after Iran shot down an unmanned US military drone the previous day — “the most irrational thing I ever witnessed any President do,” Bolton writes.

A room with no view

A similar trajectory followed Bolton’s other regime change project, in Venezuela. Conditions in Caracas in January 2019 seemed ripe for a government change: Maduro’s disputed re-election the previous year allowed the opposition-controlled National Assembly to lay a credible claim to rule the country, which the US and more than 50 other countries immediately recognized. But a year and a half later, Maduro remains in power, and Trump is openly casting doubt on opposition leader Juan Guaido’s wherewithal to overcome Maduro.

“Recriminations after failure are inevitable, and there were plenty to go around, including from Trump directly,” Bolton writes, without owning to any mistakes on his part. The Treasury Department under secretary Stephen Mnuchin “wanted a guarantee we would succeed, with Maduro overthrown, if we imposed sanctions,” out of concern that Caracas would take action against US oil companies in Venezuela.

Bolton faults secretary of state Mike Pompeo for pulling out US diplomats from Caracas, reducing US influence on the ground, because he “was determined to avoid ‘another Benghazi’ on his watch.” Pompeo’s rise in Republican ranks can be attributed in no small part to his taking part in congressional attacks on then secretary of state Hillary Clinton’s alleged fault in getting four US diplomats killed in Benghazi, Libya in 2011.

Bolton dismisses the most farcical element of his Venezuela policy — encouraging, through a series of tweets, a military coup on 30 April 2019 that was supposed to galvanize support from senior Venezuelan military officers. The coup turned out to be a chimera, easily crushed by the government.

The White House has gone to great lengths to suppress Bolton’s book, primarily because of the harsh light it casts on Trump and an assertion that every foreign policy action the president has taken is colored by his 2020 re-election campaign. But the memoir unwittingly makes Bolton’s former colleagues at the State and Treasury Departments and Trump himself seem more clear-eyed about the consequences of their maximum pressure campaigns. Yet Pompeo and Mnuchin still dutifully denounce Bolton’s “lies” and Trump calls him a “a disgruntled boring fool who only wanted to go to war.”

Opposition from the Pentagon and US intelligence agencies to the JCPOA withdrawal looks justified in retrospect — it has removed constraints on Tehran’s nuclear program and has destabilized the Middle East, just as officials whom Bolton denounces as “the deep state” said it would. And Trump appears to have been right to question the Venezuelan opposition’s chances of success against Maduro.

The “maximum pressure” policies embodied by sanctions cannot be undone under Trump, even though he may be serious about wanting to negotiate with leaders in Tehran and Caracas. The prospect of regime change coming to Washington after the November election must appeal to Iran and Venezuela, but provides no certainty of how a post-Trump administration would change the course on sanctions. 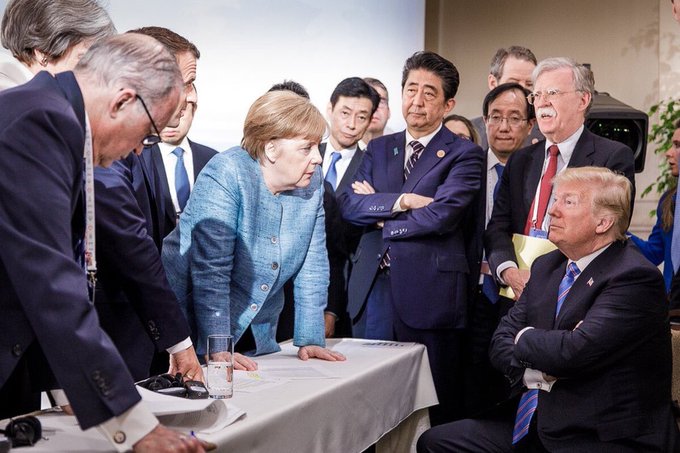 The Trump effect on the global crude oil market

US president Donald Trump is vocal about perceived trade imbalances, and crude oil is caught in the crosshairs. US policies are only starting to impact global markets, but oil prices are already rising and energy flows could become part of a trade war.

Trumpismo and the commodities wobble

The pundits would have done well to visit my dentist in Chile before they misread the jolting outcome of the US election. Outside of Mexico, Latin America’s traditional elites love Donald Trump. And so apparently do many of their voting relations in the US.

Darkness has blanketed Venezuela since yesterday afternoon. Even before the lights went out yesterday, the Opec country was already struggling to keep its oil flowing.