Plant maintenance, run cuts and arbitrage exports have helped base oil producers to balance out the drop in demand over the last two months. But weakening margins reflect the still-muted strength of the recovery in demand and the market’s structural oversupply.

Global base oil prices have steadied amid improved supply-demand fundamentals. But base oil values have begun to slide relative to rebounding crude and diesel prices. The trend has left base oil values under rising pressure in the US and Asia especially. The premium of US Group II N100 over diesel prices has fallen to around $0.26/USG. The premium was the lowest since January and down from an over seven-year high of more than $0.70/USG in March. 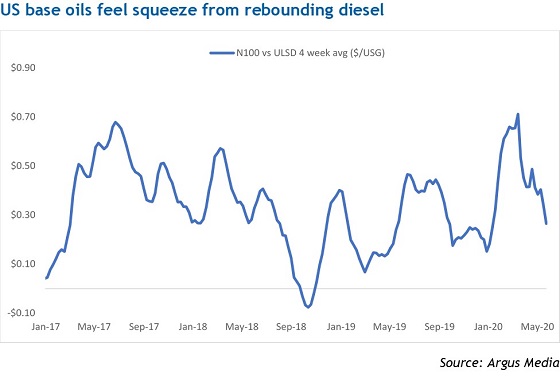 A large volume of surplus base oil supplies from the US market has continued to move to markets like west Africa, the Mideast Gulf and India. The shipments reflected competitive US Group II prices compared with prices in Asia-Pacific and especially compared with Group I prices in the Baltic region. US Group II heavy-grade prices fell in April-May to a discount of as much as $85/t to fob Baltic SN 500 prices, from a premium of more than $100/t in February. West Africa is typically a key outlet for Russian base oil supplies from the Baltic market. 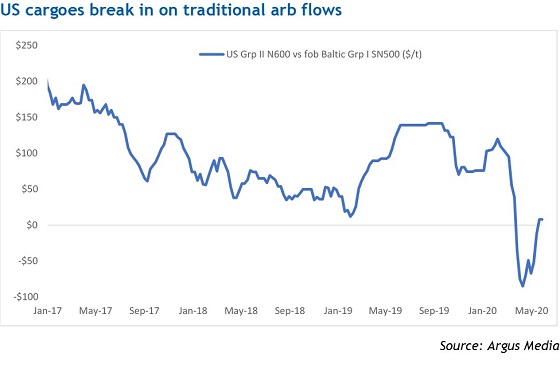 European export Group I base oil prices also fell at a much faster pace than fob Baltic Group I prices as producers in Europe slashed their price offers to clear surplus supplies. The premium of fob Europe export SN 500 over fob Baltic SN 500 narrowed to just $10/t in May. The premium was the narrowest since 2018 and down from typical levels of around $100/t. 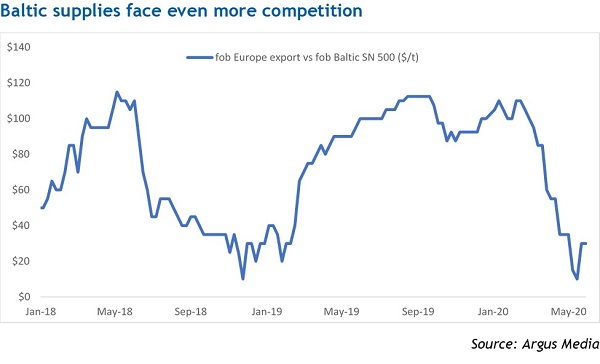 European Group I export prices also fell at a much faster pace than European domestic Group I prices. The discount of fob Europe export SN 150 to domestic Europe SN 150 widened to more than $170/t in May. The discount was the widest in more than a decade and compared with typical levels of around $80-90/t. The wide discount incentivised regional blenders to re-import base oil cargoes that had been lined up to move to export markets. 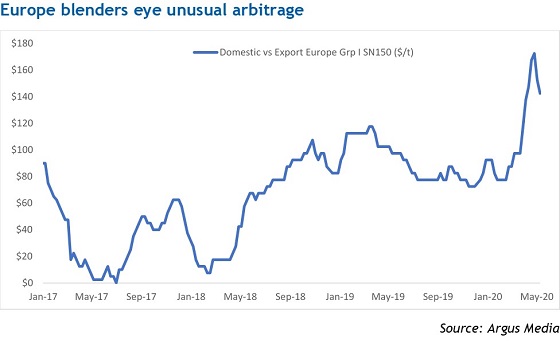 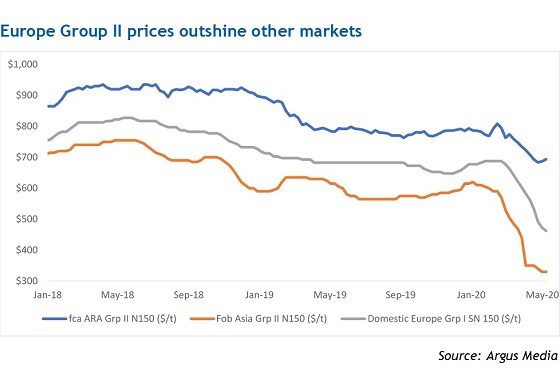 The open arbitrage to Europe provided Asia-Pacific producers with an opportunity to clear surplus Group II supplies and counter the ongoing slump in Indian demand, where a nationwide lockdown was extended to the end of May. India’s lube demand fell in April to its third-lowest level in more than five years. 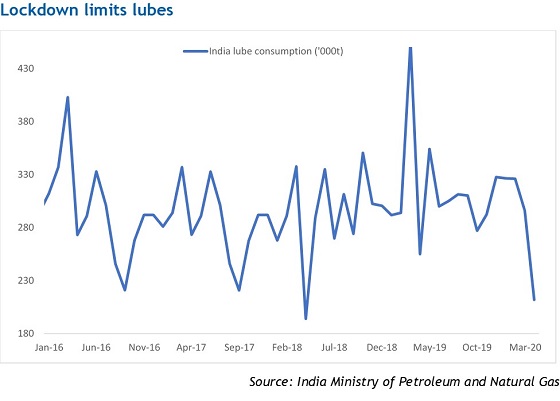 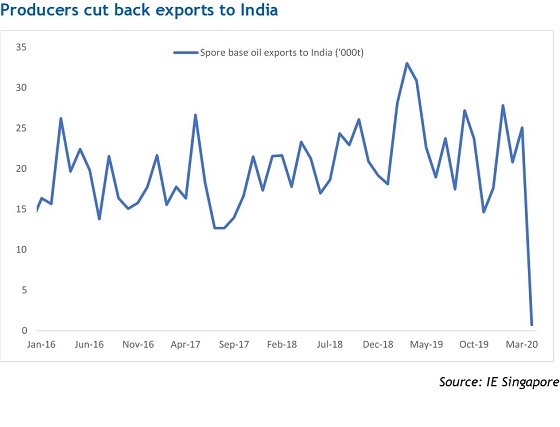 The outlier in the Asia-Pacific region remained the Chinese market, where demand has remained strong, especially for Group II heavy-grade base oils. Prices for Group II N500 in China’s domestic market have moved to a premium of more than 1,300 yuan/t ($182/t) to N150. The premium is the largest since 2017. The trend reflected China’s plentiful supply of light-grade base oils and structural shortage of heavy grades. 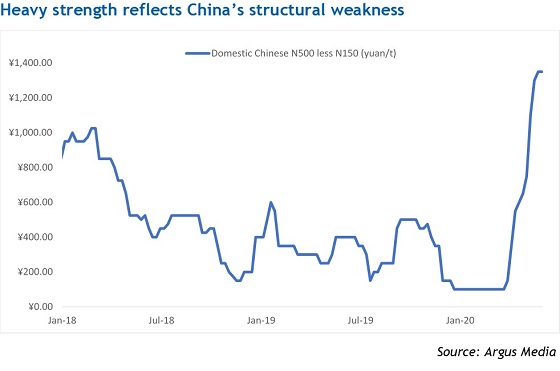 But the price strength of heavy grades has boosted interest in heavy-grade supplies offered by some of China’s new base oil plants. The gap between domestic N500 prices and cfr northeast Asia cargo N500 prices has also narrowed sharply, especially compared with Group I SN 500 prices. The narrowing gap dampens the attraction of importing Group II heavy grades. 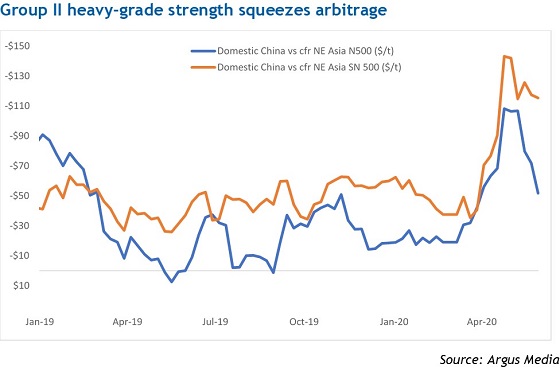 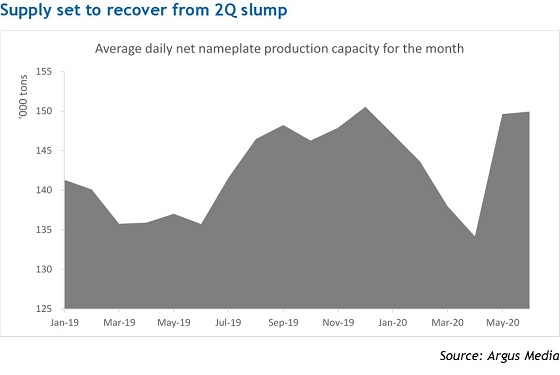 Sign up to the global Argus Base Oils Newsletter. This FREE bi-weekly email alert contains the latest industry news, insight and analysis, sent directly to your inbox.
Sign up

In the next iteration of our Driving Discussions series we turn to Russian diesel and the cuts imposed to rebalance the current supply/demand landscape across Europe.

The US Crude Export Chronicles: May 2020