Germany plans to merge its two gas market areas — NCG and Gaspool — at the start of this October. What’s behind the decision and what challenges lie ahead for the new market area manager, Trading Hub Europe (THE)?


1. What’s the rationale behind the merger?

Greater liquidity and security of supply are the German economy ministry’s key aims. The ministry favoured a national approach over other options, such as integrating one market area more closely with the Dutch TTF.

Liquidity in NCG and Gaspool has been relatively static since 2016 — unlike the TTF, which has grown rapidly in recent years, overtaking the UK’s NBP as Europe’s biggest trading hub.

The merger has come at an opportune time for Germany to siphon off some liquidity from elsewhere. The Netherlands’ onshore Groningen field, the bedrock of the TTF hub’s development, is to stop producing gas from spring 2022, while Brexit has dealt another blow to the NBP. And Nord Stream 2 — Russian state-controlled Gazprom’s long-delayed and controversial new delivery route to Europe, which has its landing point in Germany — could finally start up this year.

But there is no guarantee that any of this will be enough to usher in greater German liquidity. Global market players see the TTF as Europe’s gas benchmark, and the old traders’ maxim — ‘liquidity attracts liquidity” — could hold true. 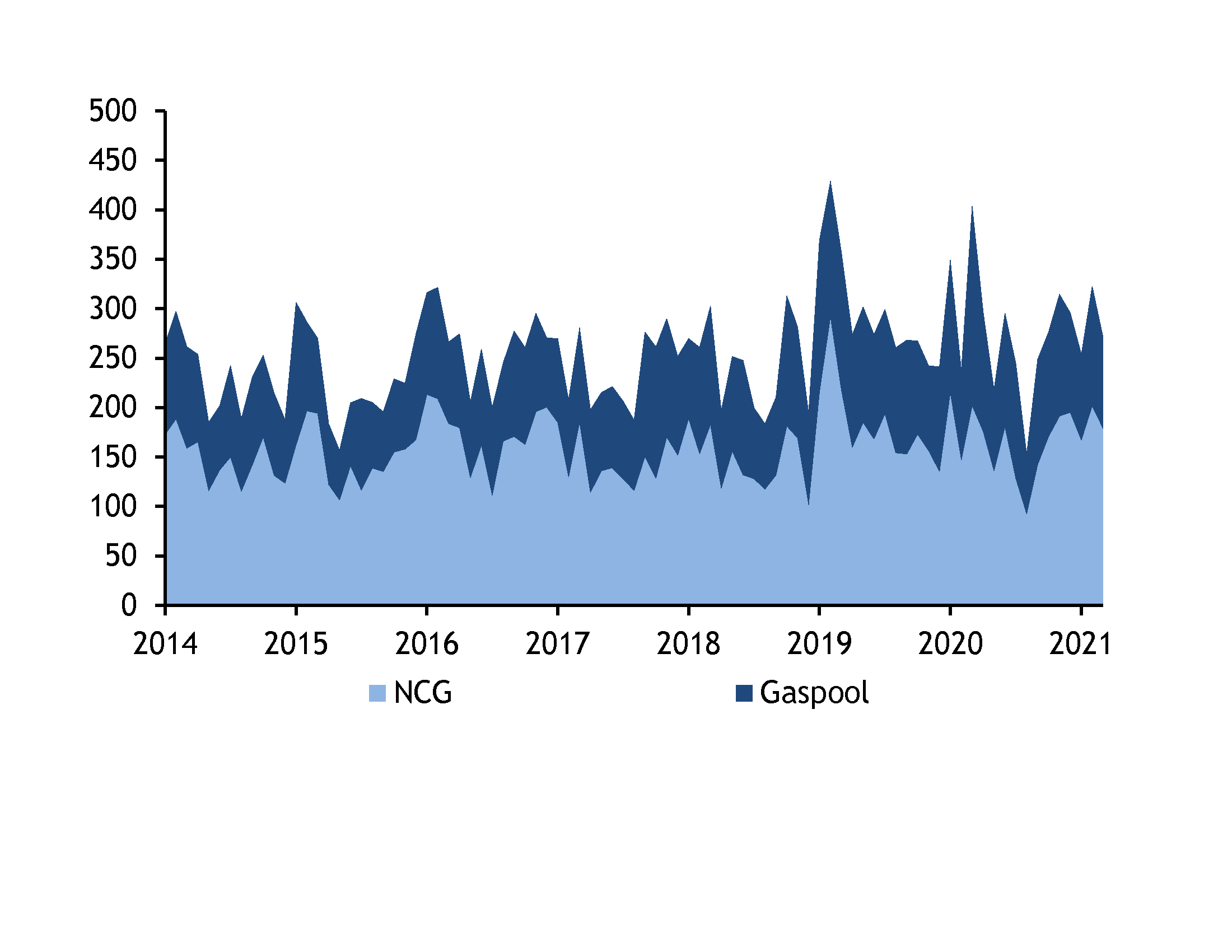 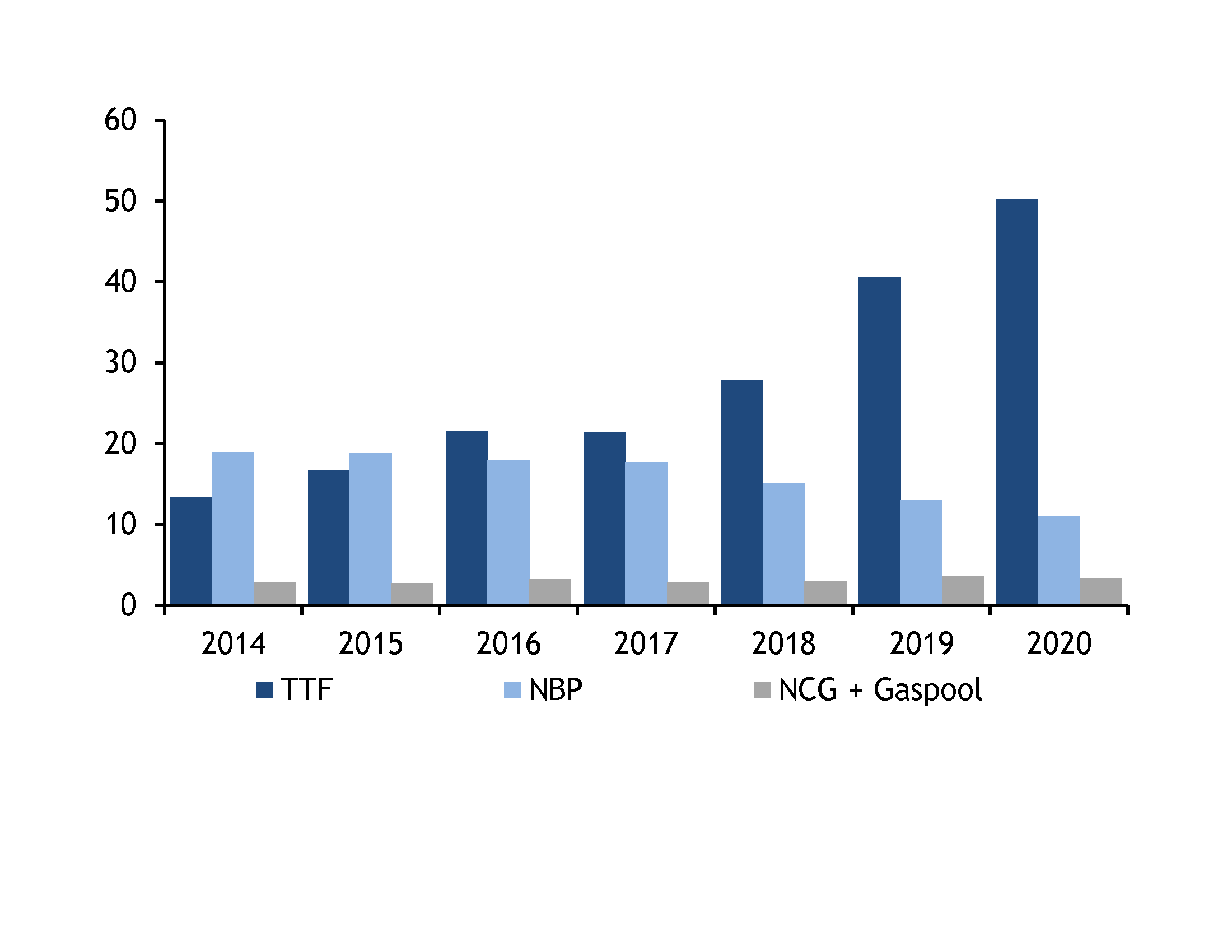 
2. Will there still be separate high-calorie and low-calorie networks?

There will. High-calorie and low-calorie gas — sourced from domestic supply and Groningen — will be traded separately, as in NCG and Gaspool. THE will carry out balancing operations on behalf of market participants and will be remunerated for this service through a series of fees and charges.

Some market participants have said Germany should stop differentiating between gas qualities, arguing that this puts it at a disadvantage to the TTF. But others see this distinction as necessary for security of low-calorie supply, particularly as Groningen production is phased out. 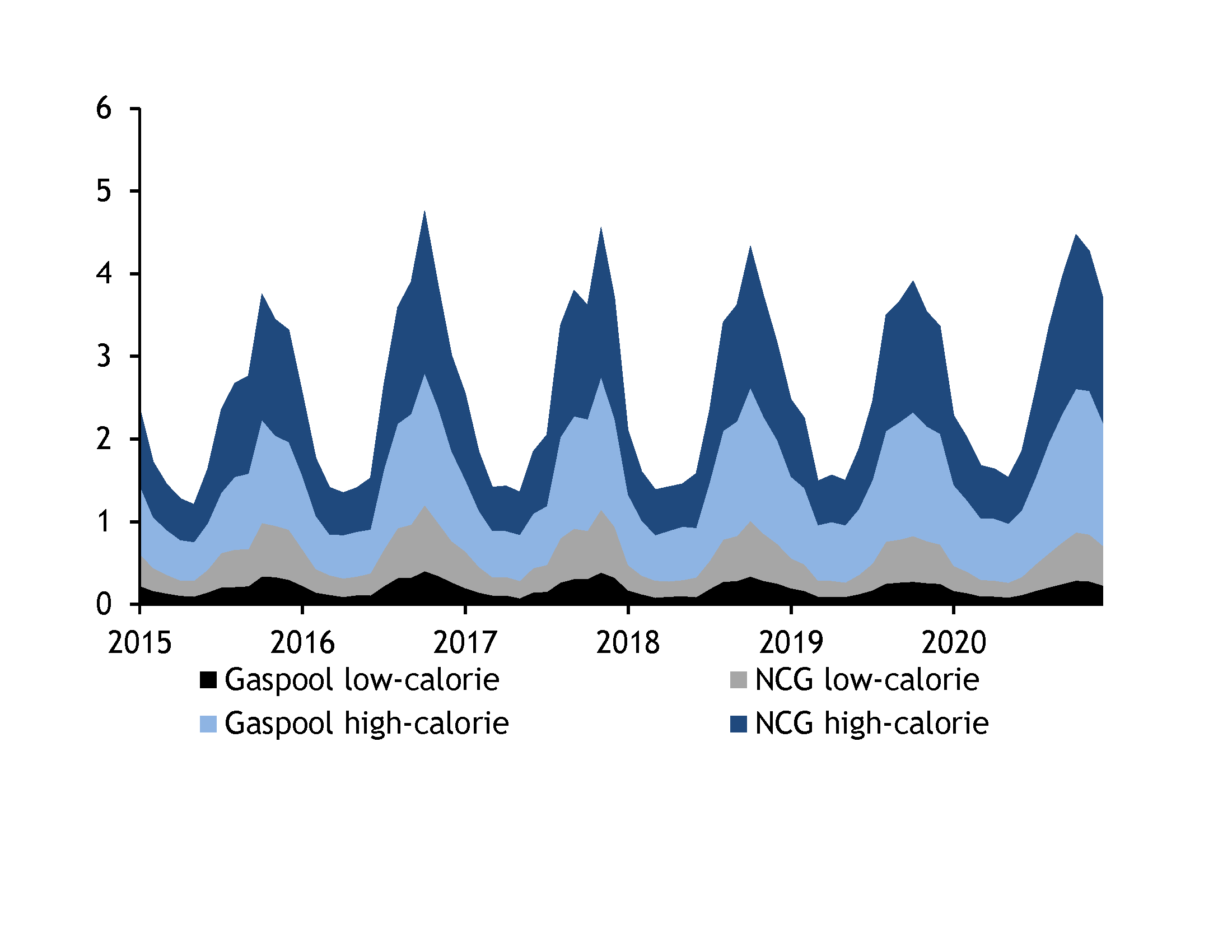 
3. How will the merger affect gas transport tariffs and other costs?

A single reference price has been set for all entry and exit points in the Germany VTP for October-December, replacing separate reference prices for NCG and Gaspool. Other German fees and charges for the 2021-22 gas year will be finalised by mid-August.


4. Will gas flows in and out of Germany be just as reliable?

Germany’s gas grid was not designed as a contiguous whole, and internal bottlenecks between NCG and Gaspool will translate into physical constraints — a massive 78pc drop in firm, freely allocable entry capacity into the German grid.

But the country’s system operators have come up with market-based tools to mitigate congestion problems. Here they are in order of their priority:


5. What are the key dates to watch for?

Pay attention to these milestones in the lead-up to the merger:

To help market participants prepare for the merger, Argus has launched a suite of forward Germany VTP prices.

Argus Germany VTP prices are published for periods after the scheduled merger date, so the most proximate assessments are for the fourth quarter of 2021 and October 2021. Forward curves extend as far as exist¬ing Gaspool and NCG forward curves.

Argus will continue to publish NCG and Gaspool prices and will consult the market on any future changes to these prices as the merger approaches.