An expression often encountered in French casual conversation is “to reverse one’s jacket”, which could be translated as “the worm turns” or simply “changing one’s mind”, but more subtly conveys the idea of a person revealing their true character or intentions.

On 10 February, Macron not only reversed his jacket, but also France’s energy destiny for the next 30 years. By announcing the construction of up to 14 nuclear reactors by 2050, he made it clear to the workers of the Arabelle turbine manufacturing plant in Belfort — and to the crowd of astonished journalists — that he planned to ignore calls from the anti-nuclear campaign.

When Macron said he wanted to extend the lifetime of reactors beyond 50 years and stepped back from plans for plant closures, it was difficult to recognise the ambitious, presidential candidate who in 2017 pressed the need to shut down reactors and reduce the share of nuclear to 50pc in France's power mix, from around 70pc now.

But the switch in Macron’s nuclear narrative did not happen instantly, as his speech in Belfort suggested. Instead, it moved gradually to a more pro-nuclear stance, culminating a couple of months before the presidential election, but without giving up on his promises to boost renewable energy at the same time.

From Fessenheim closure to new reactors

The beginning of Macron’s mandate was marked by the promise to close the Fessenheim reactor — France’s oldest nuclear plant. Greenpeace applauded the move, which cut French nuclear capacity by nearly 2pc, just as state-controlled utility EdF was already anticipating cold winters and supply tensions. As soon as the closure happened in 2020, French coal-fired plants stepped up to compensate for the loss of nuclear and lower wind output. 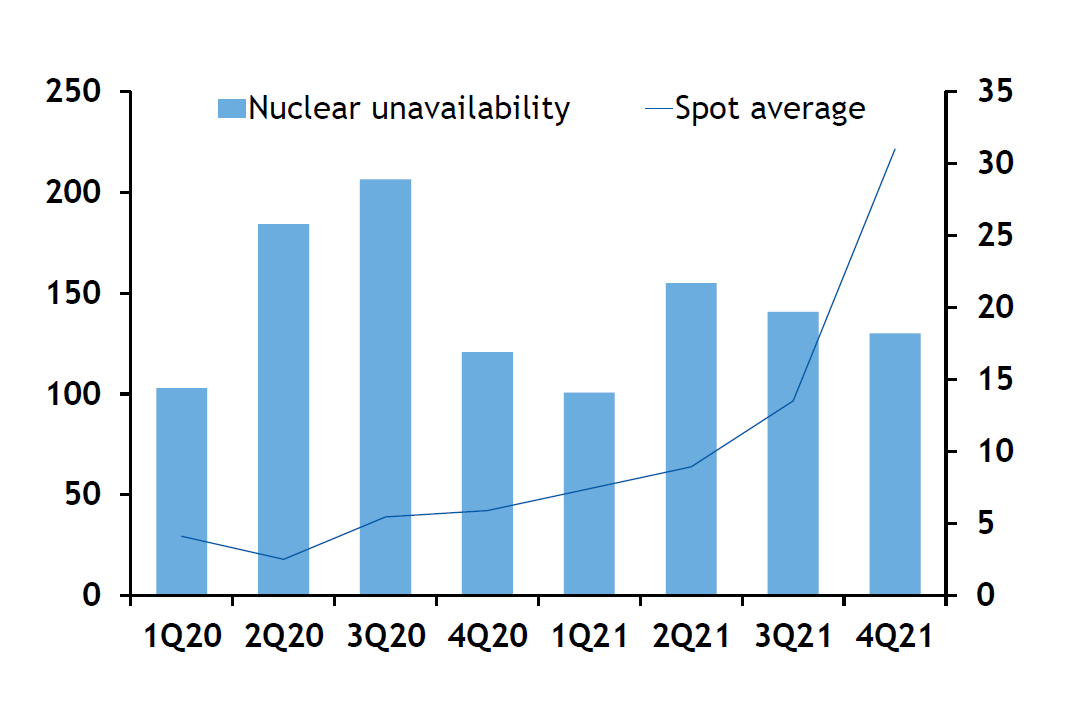 At that time, power prices in the French forward market hardly surpassed €50/MWh ($57/MWh) as nuclear unavailability schedules for most of winter were below the historical average. France could safely export to neighbouring countries, taking advantage of the relatively cheap electricity production from its nuclear fleet.

Macron’s environmental transition minister Barbara Pompili did not hide her anti-nuclear past either. In several interviews she remained ambiguous on her change of stance on nuclear, and recently affirmed that nuclear power was “not a green source of energy, producing dangerous waste”. It was thus not surprising that Pompili warmly welcomed the report by the International Energy Agency and French network operator RTE, released in January 2021, asserting that a scenario with a power mix relying 100pc on renewable energy sources would be “technically possible”.

On the other hand, the report threw the nuclear industry into disarray, as it meant that a complete nuclear phase-out, planned by several European countries including Belgium and Germany, was considered a serious option. The report, however, forgot to mention the cost of such a programme, and the French financial watchdog’s report on the excessive state support allocated to renewables.

Following that, RTE in another report warned about the need to develop nuclear power, recognising that a 100pc renewable power mix would fall short of the country’s energy needs. RTE’s words found a particular resonance when maintenance schedules, delayed from 2020 because of the Covid-19 pandemic, paralysed nearly one-third of the French nuclear fleet in December last year, and will take even more capacity off line heading into spring. 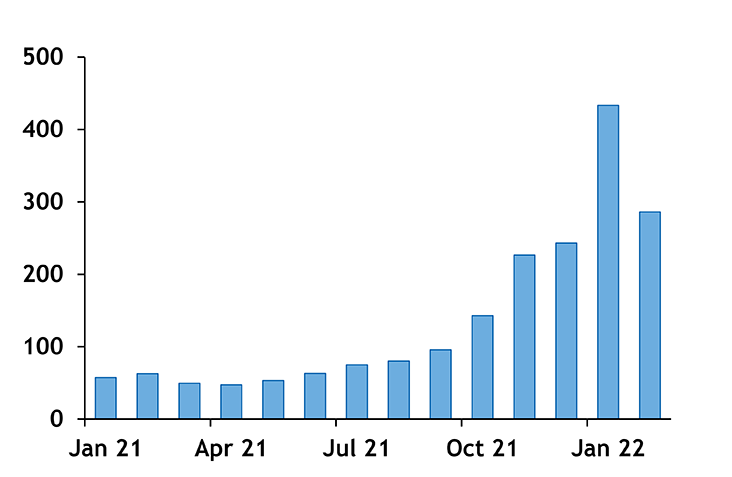 A rally in power prices in December provided yet another incentive for Macron’s turnaround. The French January base-load contract hit a record high of €757.80/MWh on 21 December, Argus data show, while peak load was assessed at €1,350/MWh, after EdF announced outages at the two 1.5GW Chooz nuclear units and extended maintenance at the two 1.5GW Civaux reactors. However, day-ahead physical power prices averaged just €211.42/MWh in delivery last month, implying the short-term supply concerns at the end of last year were somewhat overstated.

The prospect of targeted power cuts amid tight supply, as RTE announced this winter, also raised questions on the relevance of 12 additional reactor closures, which were part of Macron’s initial strategy. Even more worrying was the decree authorising coal-fired plants to run for longer hours this winter, at a time when agendas across the continent were pushing for coal-fired power to be phased out of the energy mix.

All these recommendations did not fall on deaf ears. Conscious of the high stakes of this debate, Macron started dropping hints of a new nuclear energy programme. In October 2021, he promised support amounting to €1bn for small modular reactors. In November, he touted the launch of a “vast nuclear plan”, but remained vague on the number of reactors, their type and the expected timeline.

The ‘at the same time’ strategy

With the presidential election approaching, Macron cannot afford to lose part of the green electorate, which has gained traction among the youth. He therefore opted for his well-known strategy of “at the same time” — boosting France’s nuclear industry, and at the same time responding to the requests of the pro-renewables camp.

Macron is not opting for a delicate compromise on renewables and nuclear. He is pushing both, simultaneously, and to the maximum degree possible. To one side of his audience he is promising 100GW of solar photovoltaic installations and 40GW of offshore wind. To the other, an additional 25GW of nuclear power.

By addressing the longer term and imposing 2030-50 as a timeline for his projects, Macron opens the door to a new era of nuclear energy in the future. But it also allows him to omit more pressing and immediate challenges, such as the 11-year delay in the construction of the Flamanville 3 reactor, which is supposed to host the technology used for the remaining 14 future reactors. Meanwhile in Fessenheim, power plant workers are in a state of confusion, wondering if their plant will ever come back on line.

Brazil has skirted the risk of a power shortage by very little in 2021. What about 2022? Will the country be risk-free from power shortage?

How will a global tradeable market for hydrogen develop? What measures do stakeholders need to take? Is natural gas the closest analogue?

Europe is divided over how best to reach carbon neutrality, with the role of nuclear to achieve net zero targets a highly divisive issue. But it could come to a head in the next few weeks when the EU outlines the rules for its green finance taxonomy.