Extremely high wholesale power prices in Europe are forcing discussion on whether market structure and price formation should be reformed — leaving market participants to operate in a climate of long-term uncertainty.

With European spot power prices surging above €500/MWh and forward contract volatility reaching unprecedented highs, power markets have been hit by a perfect storm over the past year. Even European Commission president Ursula von der Leyen said in June that the current market design “is not working anymore”.

Von der Leyen’s words echoed a statement from Spanish prime minister Pedro Sanchez — later followed by the governments of Italy and France — deploring the “contagious effect” of gas prices on power prices in the European pay-as-cleared wholesale power price auction model. Their claims were centred around helping households pay their energy bills and were further amplified by concerns of a supply crunch next winter. As a result, governments and industry associations have begun advocating for market reform, although without suggesting a clear alternative.

Admitting that the market faces problems is one thing; agreeing a direct intervention is another. The commission’s approval of price caps in Iberia — putting a ceiling of €40/MWh on gas used for power generation — was met with surprise by traders. Brussels has long been unrelenting in its drive for market liberalisation, and any move that would distort competition had previously fallen on deaf ears.

The Iberian exception appears to be more of a short-term measure to counter the current extremely high prices — the cap is initially in place for one year. Although the mechanism brought Spanish power prices 47pc lower than they would have been had it not been in place, according to Spain’s environment transition ministry, the benefits do not seem so obvious. Forward market liquidity took a hit following the implementation of the price cap — less than 60 deals per day have been seen in the Spanish over-the-counter market since 15 June, down from more than 100 daily deals in the first quarter of this year. Lower liquidity reduces market competition as it discourages traders from taking positions on forward contracts.

Logically from a market perspective, but paradoxically from a climate point of view, the Spanish price cap has led to increased gas-fired generation in the country, with output almost doubling on the month to average 8.2GW in June — the highest since August 2019.

Tackling symptoms of the crisis

While Spain has chosen to tackle the symptoms of the crisis, other countries have decided to look at the bigger picture and promote a reform agenda. On the French side, complaints regarding power market design have come from rampant frustration towards an “unfair” dependency on gas. One could indeed wonder how a country whose power mix is around 70pc nuclear can still be at the mercy of continental natural gas prices.

Far-right leader Marine Le Pen has repeatedly pushed for an exit from the European power market, and even French president Emmanuel Macron yielded to the temptation of criticising the market, calling its rules “absurd”. A proposal for European market reform was put forward by France’s economy minister, Bruno Le Maire, back in October 2021, and the French presidency of the European Council raised prospects of a possible change. In the UK, outgoing prime minister Boris Johnson in June called for domestic power market reform, referring to marginal wholesale pricing as “frankly ludicrous”.

But bold ideas for structural reform received a cold welcome in a report by European energy regulators association Acer in April. Acer had suggested a series of measures to tackle the power price hike, ranging from the implementation of tax exemptions to increasing network flexibility. But its conclusion was clear — overall, the current market design should be preserved and “market interventions should be considered prudently”.

European energy exchanges EEX and Epex Spot have naturally spoken in favour of preserving the current market design. Energy traders association Efet echoed their sentiments, warning of the danger of structural market intervention by governments, although stressing the need for the protection of vulnerable consumers. Countries in Europe have been considering measures that would serve this purpose, such as windfall taxes and clawback mechanisms. Furthermore, some market participants argued it was precisely the current market design that allowed France to import power when its nuclear generation fell to its lowest for several years last winter.

The market is now wondering which will be the next country to follow Spain’s path. Efet expects capacity curtailment on the Greek border after the country in June submitted draft proposals to the commission to mitigate current energy price levels. And Italy’s Eni recently said it supports a price cap on wholesale natural gas prices "as long as it is EU-wide".

A hard time for traders

Uncertainty around price caps — spreading from one country to another — combined with the increasing costs of trading owing to higher margin requirements, has resulted in a substantial drop in forward market liquidity. Financial power futures traded on EEX were below 2021 levels for the fourth consecutive month in June, with Greek volumes down by 95pc on the year. Physical traded volumes in Germany — Europe’s biggest market — fell by 76pc on the year in June, standing at 59.2TWh. 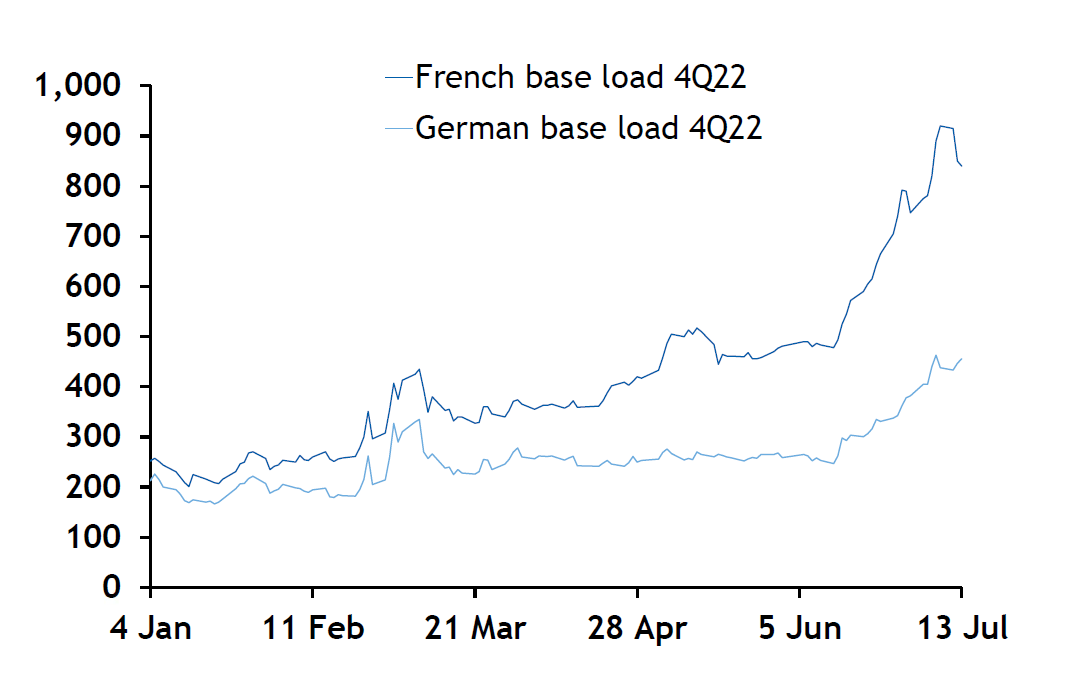 “There is no point in the profession of trader anymore. What is the point in taking positions when the state can change the rules from one day to another?” one market participant told Argus. A change of logic is taking place — from a goal of optimising profits, we now must secure volumes whatever the price, the participant said. That said, increased volatility provides greater opportunities for speculative trading, although at a higher risk. 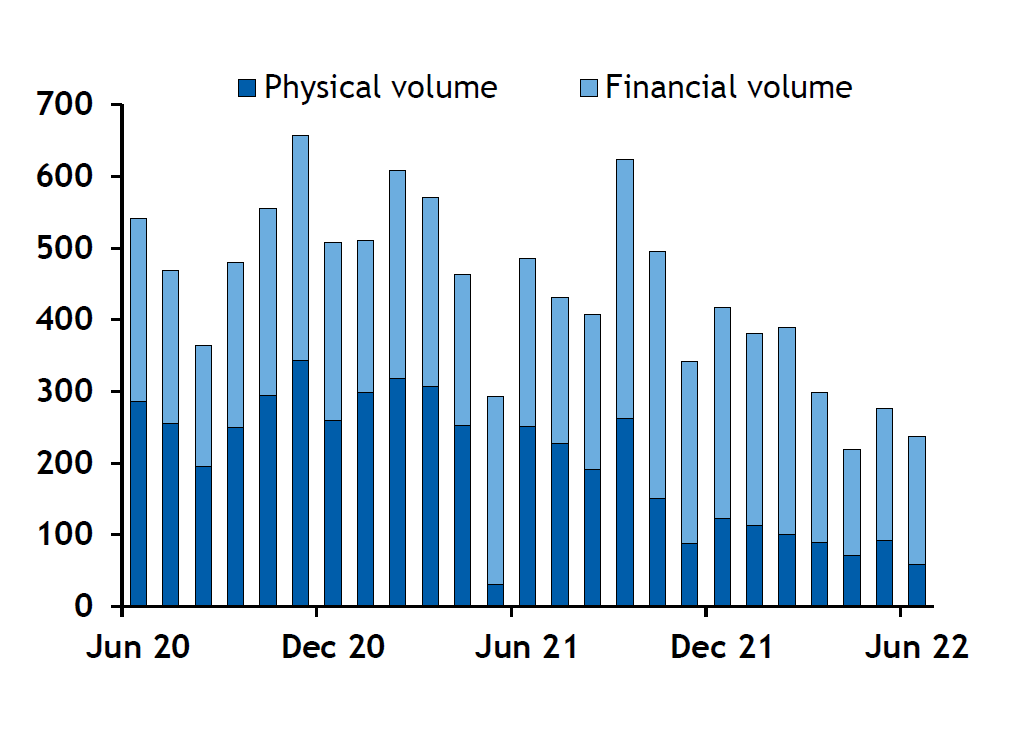 Markets are likely to face tough times ahead. Most governments are doubling down on efforts to deploy renewables in the face of medium-term supply security concerns. In the long term — with the current market structure — a higher share of renewables is likely to translate into increased market volatility. But with governments and continent-wide associations scrambling to reassess energy — and market — policies ahead of what is shaping up to be a tough winter for industry and consumers, the future of the current cleared price model has become somewhat unclear.

Argus European Electricity service is a single source for all the price data and market intelligence required to manage spot and term pricing, risk analysis and strategic planning.

Net Zero Transition podcasts are back!